Earlier there was a news blast from MCV UK who claimed that their "concrete" source had told them that PS4 and XBOX 720(?) would be present at this years E3 but official word from Sony has shot down any such rumors and Sony claims that the console ( PS3 ) is only entering its great period.

How a site like MCV UK could make such a mistake is shocking but considering that they never provided a valid source or proper proof that the console will even be a show I wouldn't say that it wasn't expected for Microsoft or Sony to shoot down many gamers dreams of a new console being unveiled this year (unless you want the Wii-U). 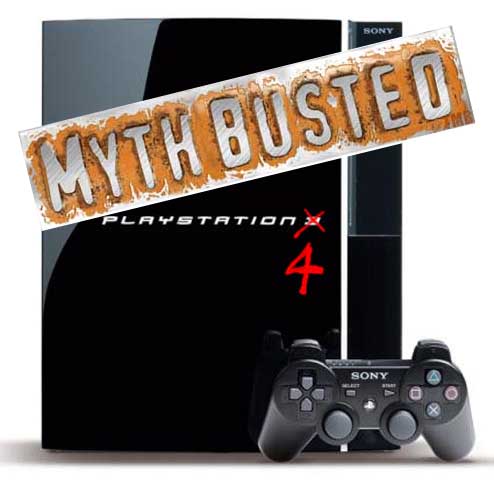 While I had high hopes for this years E3 and was expecting the 3 major consoles to be under one roof it seems that this year will only be the year of the Wii-U (and maybe the next XBOX too?) Sony has just confirmed that the PS4 is not even in the books right now as they are solely focused on the PS3 at the moment, with rumors of a new God of War coming even stronger via the Facebook page reveal and the job postings and not to mention Naughty Dog's upcoming project "The Last of Us" I can only expect great things from Sony here on, considering how 2011 marked the launch of almost every exclusive title for the PlayStation 3 the system has still got a lot of life left in it.

"I don't think we're contemplating talking about anything to do with future console iterations at this point," Sony Computer Entertainment president Andrew House told CVG, noting that Sony is "just entering into this great period for PS3."

Instead, says Sony, keep yours eyes on the PS3: "[One] thing I always point to is that, somewhat in contrast to our major competitors, we have, particularly with PS2, managed the length of the lifecycle and ensured its profitability for our publishing partners for a much longer lifecycle than has been true of the competition," says House. It's true, so long as we stick to set-top consoles (though Sony's only released two to date, so the "always" part's statistically flat).

While it's a shame that we won't see a new console aside from the Wii-U this year but unless Microsoft is the next to respond to the rumor by shooting it down then we will only expect the usual E3 stuff of game trailers, upcoming projects for each console and more focus on the Wii-U.