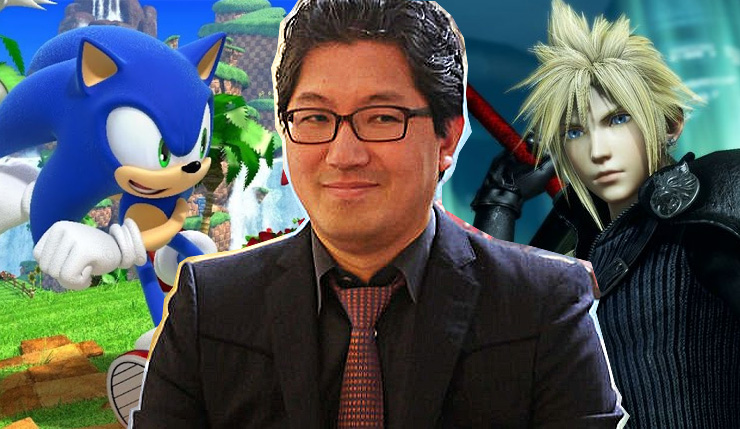 Former Sonic Team leader Yuji Naka is spin-dashing his way to Square Enix. The Sonic co-creator announced the move, and his intention to get to work on a new game, on Twitter.

Just a quick note to let you know, I joined SQUARE ENIX in January.
I’m joining game development as before, and strive to develop games at SQUARE ENIX.
I aim to develop an enjoyable game, please look forward to it.

Yuji Naka was a programming whiz kid, who joined Sega at age 18 and helped birth franchises like Sonic the Hedgehog, Alex Kidd, and Phantasy Star. While Naka didn’t create the Sonic character, it was his adept programming that gave the series its trademark sense of speed (sorry 90s kids, Blast Processing wasn’t actually a real thing). Eventually Naka would become head of Sonic Team, producing games like Nights into Dreams, Phantasy Star Online, and Sonic Adventure. In 2006, Naka would leave Sega to create his own indie studio, Prope, which created the quirky Wii game Let’s Tap, puzzler Ivy the Kiwi, and Rodea the Sky Soldier, amongst others. It’s unclear what Naka’s move to Square Enix means for Prope, but they’ve been rather quiet in recent years. It seems likely the studio is no more.

So, what might Naka be working on at Square Enix? Of course, he’s best-known for action-platformers, but he’s tackled a wide range of genres. His resume includes RPGs (Phantasy Star), MMOs (Phantasy Star Online), puzzlers (ChuChu Rocket), and more. If I had to guess, I’d say Square Enix is more interested in his work with Phantasy Star Online than with Sonic the Hedgehog, but who knows?

What kind of game would you like to see Naka tackle at Square Enix? Let’s just hope they didn't hire Naka to revive the Gex franchise.