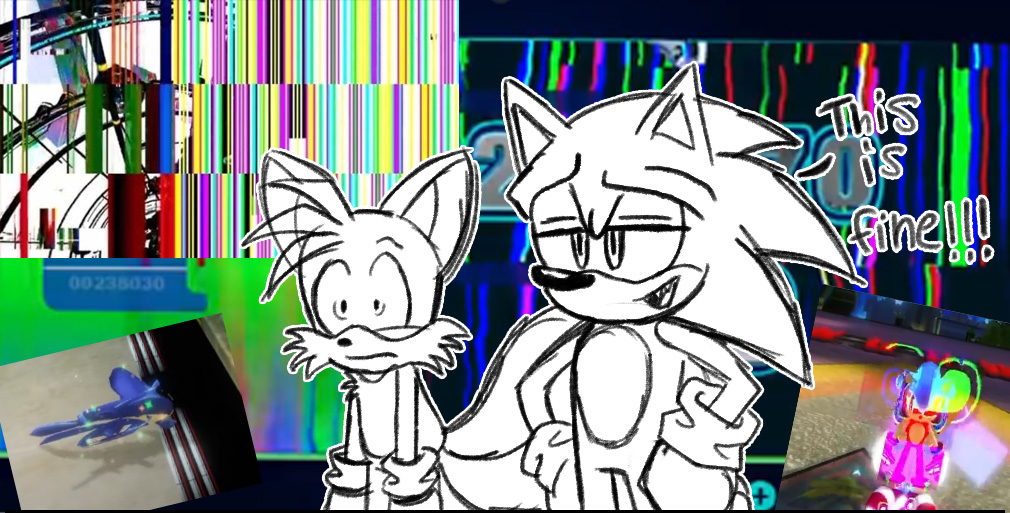 Several players over YouTube have made several compilations. You can watch one of the compilations below:

Meanwhile, issues regarding the game's stability and problems are being published by Ultimate users who gained early access on Twitter. You can find some examples of this below:

LET ME DIE, TAILS. WE ARE SUFFERING. #SonicColorsUltimate #NintendoSwitch pic.twitter.com/wx9l5VIr4w

Pretty sure this isn't supposed to happen... #SonicColorsUltimate #XboxOne pic.twitter.com/qgVpAge4tT

While several users have reported issues regarding their experience with Sonic Colors Ultimate, one user stood out from the crowd. Former Twitter user Kotaru Extra (now deleted) reported several issues with the game involving Sonic T-posing and a flickering UI. However, the user later declared that they were playing on an emulated version of the game through Yuzu.

The guy who admitted to faking the Sonic Colors Ultimate glitches via Yuzu emulator deleted his account. This person knows that they are in serious trouble with law enforcement. pic.twitter.com/Fp50dzCTeU

Ever since then, some players have disregarded glitches as coming from an emulator. However, several other players have confirmed that the issues happened on original hardware rather than on an emulated version. Additionally, some of these issues can cause seizures to some players. The Sonic The Hedgehog Social Media manager has confirmed that the game is going to be patched soon:

Quick aside: we've seen some graphical issues that were caused by an emulator which is unfortunately outside our control.

Trying to figure out what bugs are legitimate can really slow down the QA process. If you're having issues, please do flag them here: https://t.co/vymOVVEyZp

Refunded Sonic Colors Ultimate on switch. If you plan on asking for a refund Nintendo actually is willing to give it since apparently they are aware of the issues now.

Please let this be known.

Sonic Colors Ultimate is slated for release on PC, Xbox One, PlayStation 4, and Nintendo Switch on September 7. The game will be released on the Epic Games Store and Steam on its PC version.