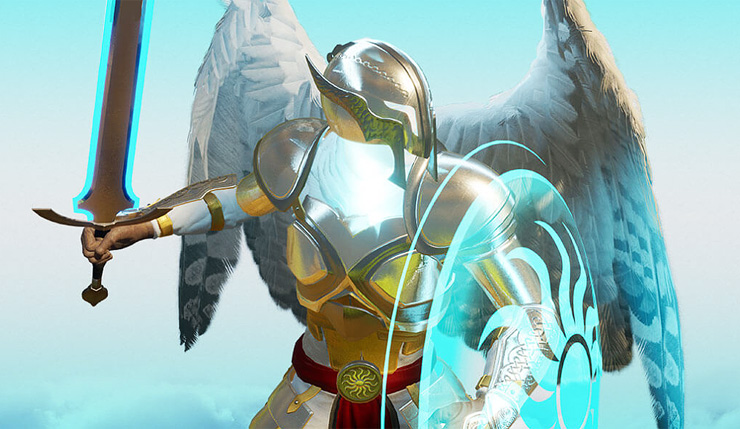 ActRaiser isn’t as well-known as some other SNES classics like Super Mario World or A Link to the Past, but the game has amassed a pretty solid cult following over the years. For those who never played the game, it was a unique mashup of side-scrolling action and god game -- you can check out some gameplay here.

Perhaps the combo was a little too unique, because ActRaiser was never really followed up on (there was an ActRaiser 2, but it was a very different game). Well, 18 years after the release of the original, Sega and developer Ace Team (Zeno Clash, Rock of Ages) have unexpectedly announced a new ActRaiser successor named SolSeraph. Sega didn’t publish the original ActRaiser, so none of the press materials directly reference the game, but it’s very clear what game Ace Team is aping here. Watch the first trailer for SolSeraph, below.

SolSeraph will feature music by original ActRaiser composer Yuzo Koshiro. Beyond that, it’s unknown if any other creative talent from the original ActRaiser are working on the game. Here’s an official rundown of the game’s features:

Restore Humanity Back to Prosperity - Balancing side-scrolling action and top-down strategy elements, carefully guide each tribe from the clouds above in order to help expand their territory and dispel the dark fog that shrouds their lands. Once each of the creatures' lairs have been exposed, you must take the role of Helios to fight the monsters head on.

Take the Fight to the Enemy - Armed with his sword, shield, and magical archery, Helios will need to confront a range of enemies including goblins, beastmen, bat riders, and more on his way to facing the Younger God that controls them. Defeating these challenging foes will grant Helios new magical powers such as healing herbs and ice shards.

Protect the Homeland - Help each tribe determine how to shape their village by utilizing a range of different units, from houses and farms to support the growing population, to building warrior barracks and archer towers to defend themselves against the waves of monster attacks.

Help from the Highest Powers - Yuzo Koshiro, the legend behind many classic video game soundtracks, has composed the opening theme to SolSeraph. Additionally, acclaimed writer Jonas Kyrazes (The Talos Principle, The Sea Will Claim Everything) has lent his talents to craft the game's compelling narrative.

SolSeraph flies onto PC, Xbox One, PS4, and Nintendo Switch on July 10. The game will cost $15. Any ActRaiser fans out there? Excited to give SolSeraph a spin?