SoftBank (TYO:9984) Offers $32 Billion To Acquire ARM (LON:ARM) In One Of The Largest Tech Deals Ever

Japanese multinational telecommunications corporation SoftBank (TYO:9984) has offered the monumental sum of $32.2 billion USD to acquire the British chip designer ARM (LON:ARM), which will effectively make it one of the biggest tech deals in history.

SoftBank (TYO:9984) made its first approach to ARM (LON:ARM) a few weeks ago, around the time of the Brexit saga. Since the UK voted to leave the EU, the cost of acquiring the British chip designer became about 7 percent more expensive as the share price of ARM has increased significantly as we reported due to its insulated position from the fallout of Brexit due to its predominantly global client base. The Japanese giant already made three offers prior to the fourth one according to sources familiar with the matter.

It is our understanding that SoftBank has given considerable (and legally binding) assurances that should the deal go through, jobs in the UK will be safeguarded and there will be significant additional investment in the UK operations of ARM which is likely part of what ensured management endorsement of the deal.

The acquisition is going to be an ‘all cash’ offer, and SoftBank (TYO:9984) will end up paying 17 pounds for every ARM (LON:ARM) share, which is a premium of more than 40 percent. Analysts from Citi, Jefferies, Numis, Berenberg and Kepler Cheuvreux weighed in and stated that although companies like Intel, Qualcomm, and possibly the Tsinghua Unigroup would like to own ARM (LON:ARM), it would be a difficult process thanks to significant regulatory issues, and because SoftBank (TYO:9984) has no conflict of interest in ARM’s markets, and the change in owner structure would have little impact on its customers. The analysts clearly suggest that the deal as currently pitched is likely to go through without significant delay. 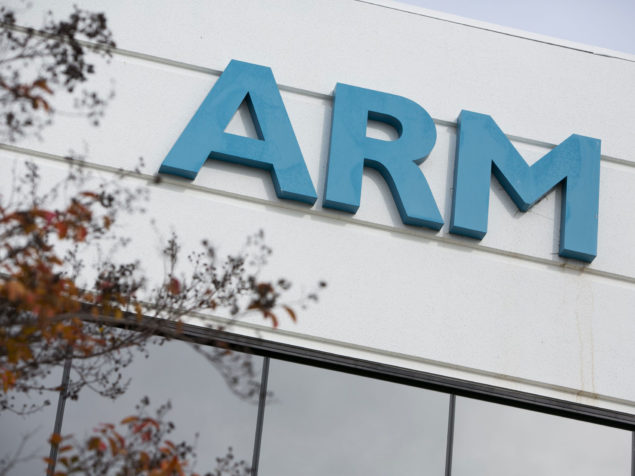 Additionally, SoftBank’s current position means that it does not have a relationship in the semiconductor industry, which will allow ARM (LON:ARM) to maintain its independence and protect existing customer relationships.

ARM (LON:ARM) needs no introduction regarding its origin and business model. According to the company’s 2015 annual report, the British firm has generated revenue of $1.489 billion, with a total of 1348 signed licenses and more than an 85 percent market share in the mobile computing market, which comprises smartphones, tablets and laptops.

The dominance of ARM (LON:ARM) in the mobile computing market could also suggest that the company’s low-cost, low-power processors are going to be used in several electronic applications powering the Internet of Things market, which will lead to the company’s hold gripping this segment as well in the foreseeable future.

Do you feel that there could be an interesting turn of events in the future? Let us know your thoughts right away.