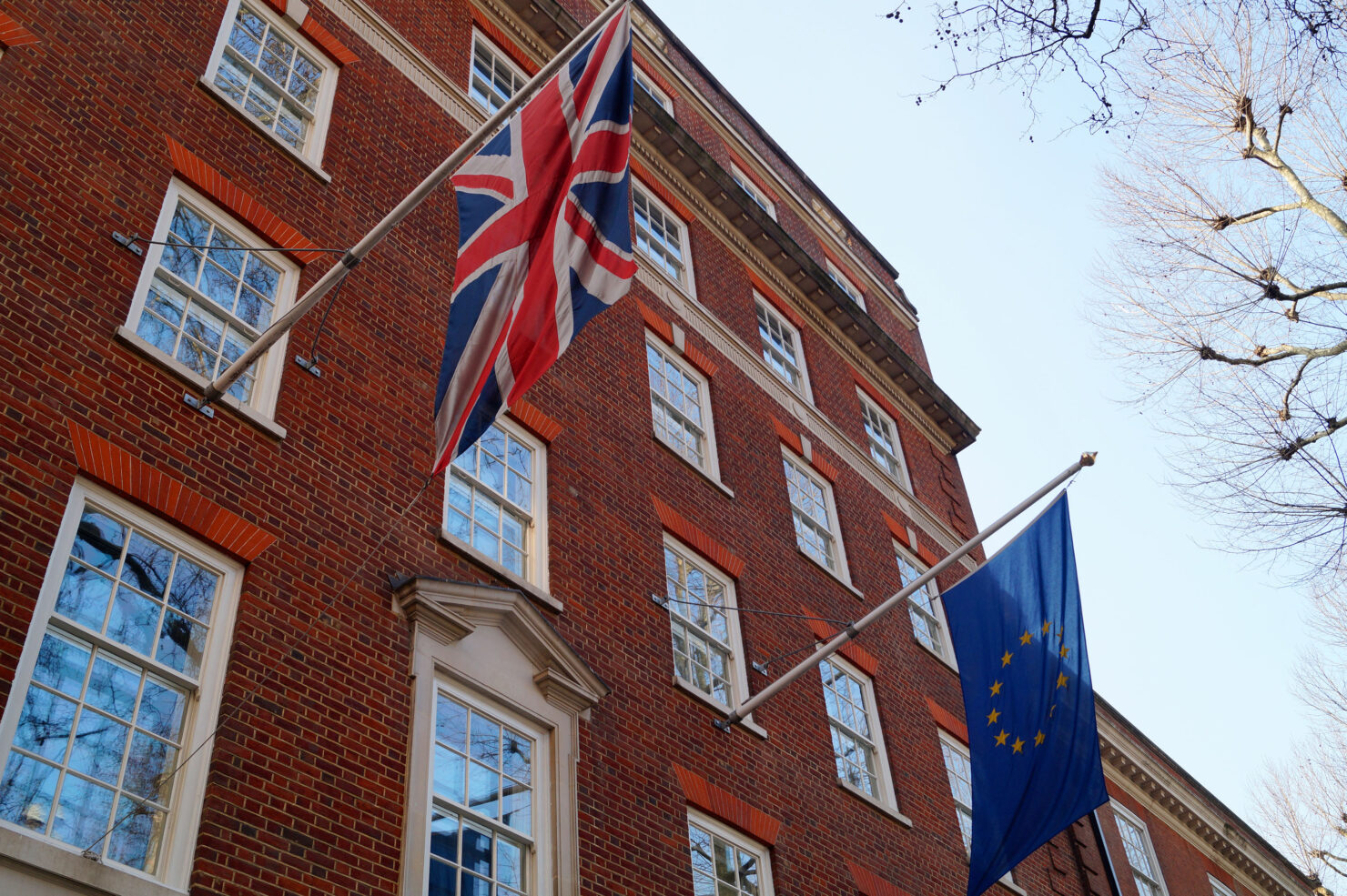 Brexit. The great debate surrounding the United Kingdom's decision to opt out of the European Union has managed to gather worldwide attention and rightly so. The Union, in sense of economic and political strengths can very rightly be described as a superpower in its own right and since its establishment has managed to gain a dominating role in the global political and financial spheres. The main contention that the UK has with the European Union at this point surrounds the fact that the country wants more independence when bailing out member states and wants to establish stronger controls over immigrant labor inside the country.

While the Brexit debate merits a separate post on itself and requires an in depth analysis of both the sides who're voting either 'leave' or 'stay', our concern here is its potential impact on the tech world. The UK has a reasonable number of tech firms based in it, numerous game studios as well as one company that many will be familiar with in one way or another. Tech, and silicon in general has been the pivoting factor of the 21st century's information revolution and can rightly be said to be contributing towards the Third Wave of information that's engulfed us over the past couple of decades. Our analysis concerns itself with one company in particular, ARM (NASDAQ: ARMH) (LSE: ARM) and what kind of impact on the British chip design house a possible Leave result may have.

However, before we get into the ARM bit, we should first take a look first at how the move to leave would end up impacting the FTSE 100. For the uninitiated, the 'Footsie' is an index of the top (usually) 100 companies on the London stock exchange in terms of market capitalization and ARM (NASDAQ: ARMH) (LSE: ARM) is one of these companies (a constituent). Contrary to what you'd expect as an average Joe, ever since David Cameron's announcement that the UK would be going to the polls for a potential EU exit, the FTSE has risen, resulting in an increase of wealth for shareholders, continuing to enjoy the largest global bull run in history (Q1 2009 and still going).

The stock price of ARM Holdings at both listings at the time of writing.

In the event of a vote to leave, an impact is likely on the FTSE as funds, which have an EU element to them, will have some interest in FTSE 100 companies. The implication here is that in the event of a leave, some degree of investment which is currently holding a position in FTSE constituents may decide to sell and move its money elsewhere in the EU, prompting falls. 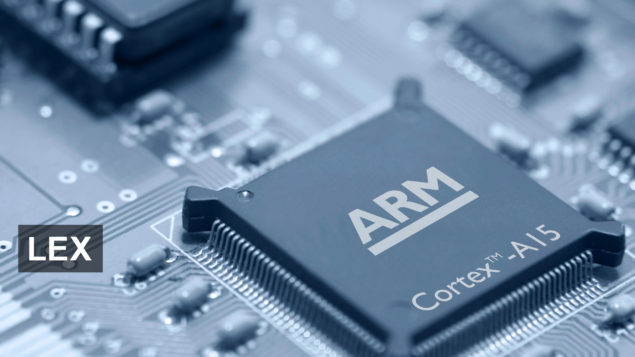 ARM, the British chip design firm that originally started as Acorn RISC (Reduced Instruction Set Computing) Machine and later evolved into Advanced RISC Machine was established 31 years ago in the United Kingdom and now has a global presence in the smartphone world. From Apple to Qualcomm, nVidia, Samsung and MediaTek, a majority of SoC manufacturers out there rely heavily on the company's designs for their chips, which are known for their low power consumption and reduced heat generation (forget about the Snapdragon 810 of course!)

If you've got a mobile device lying around, whether its an iPhone or an Android, its likely running one of ARM's designs and has resulted in the company making profit off of simply designing the underlying architecture of your device's processor. Since the majority of ARM (NASDAQ: ARMH) (LSE: ARM)'s revenues come from global manufacturers, ranging from American to Chinese, the impact of Brexit on the company shouldn't be that significant.

After all, other multinational UK corporations have seen their share prices rise despite Sterling's recent decline and ARM is no exception to that rule. The firm has seen a strong increase in volume after markets closed for the weekend and with the FTSE predicted to rise up by 30% (The Telegraph) in the event of Brexit, the company shouldn't fear a potential UK exit from the European Union. 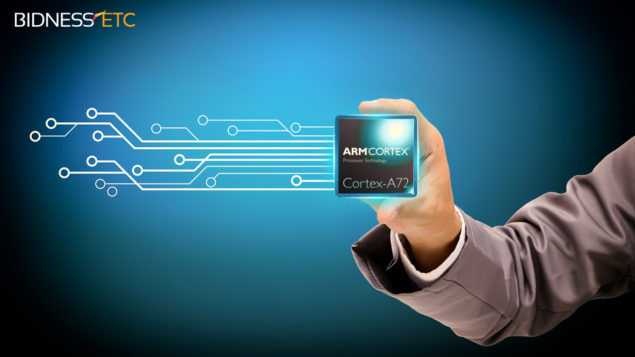 You know we're a tech site. At the heart of our analysis is ever an understanding of the direction the technology market is headed. ARM is probably the most significant chip designer since Intel broke onto the scene all that time ago. They've soundly beaten them in low power devices and these days are coming for them in the data center.

The impact of Brexit on ARM's fundamentals however, should a potential exit turn out to have massive global ramifications could be significant. Even as a majority of its customers are global, as mentioned above, an outflow of capital from the United Kingdom could result in a decline in the value of the company. Furthermore, as the US Federal Reserve's decision to not change interest rates earlier this month was also influenced by Brexit, important global ramifications of a potential exit can also come in play.

That much being said, we feel that the fundamentals for the company overall in the medium term are sound, barring the next major global downturn (as mentioned previously, we're still in a global bull run, a correction is likely due). However short to medium term volatility is possible/probable in the event of the Leave camp winning the referendum with a likely short term slide in value. Analyst consensus is still highly skewed positive. 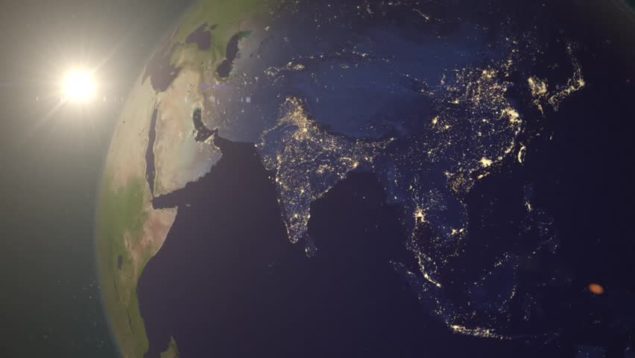 Talking global, Brexit's impacts have already started to unfold in a variety of markets. While the Federal Reserve's decision to not change interest rates is one indicator of the potential global impacts of an exit, other markets have started to react much more unfavorably. The yields of 10 year German Government Bonds, or 'Bunds' fell to a -0.032% last week as fears of a British exit heightened.

US markets in particular also reacted sharply to a potential UK exit as the CBOE Volatility Index, .VIX reached an all time high of 22.62 last week. The VIX often referred to as the 'fear gauge' of the market being this high implies a period of great uncertainty, further demonstrated by the fact that Euronext (which runs the London International Financial Futures Exchange, or LIFFE) declared that all this week they have declared a fast market for the purposes of derivatives trading and this may be extended.

Add it all up and it tells you that volatility is here and trading it will be expensive. If you're looking to trade options, a fast market on LIFFE options (which includes ARM) means wider spreads and thinner liquidity. Great for market makers, not so great for traders. Thankfully however with ARM (NASDAQ: ARMH) (LSE: ARM)'s client base predominantly dealing in global markets, despite short to medium term volatility in the event of Brexit, the company is relatively insulated from possible fallout. 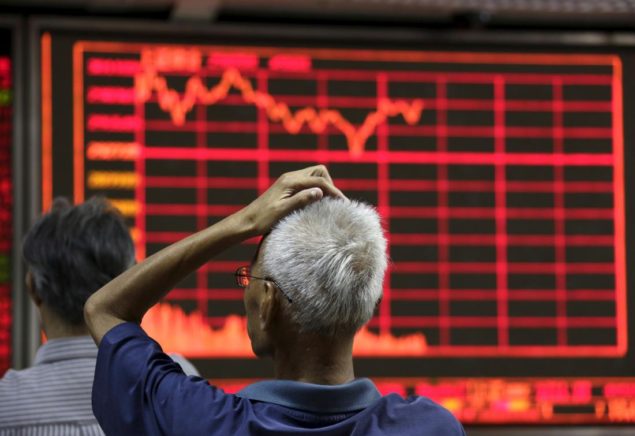 So to conclude, the potential fallout from a Leave decision on global markets does have the potential to be quite far reaching. Yield curves have already started to flatten out, and should banks find it harder to cope with negative interest rates, overall credibility in sovereign governments being able to pay their debts should be seriously hampered as well. Furthermore, higher interest rates and increased price of essentials (such as foodstuffs) should also result in higher cost of borrowing for ARM (NASDAQ: ARMH) (LSE: ARM), impacting overall valuation significantly in the long run. The British chip designer also has a vast, global customer base, which coupled with an expected Sterling decline should turn out positively for the firm.

After all, even if the British economy does head towards a potential recession, the diverse nature of the company's licensees, which range from Microsoft to IBM, should safeguard its revenues and cash flows, with the only impact that you need to worry about resulting from a potential devaluation of assets in the case of widespread local impacts. Another effect that the design house should be vary of is the impact of decreased labor regulations which should result in decreased unemployment in the UK and subsequently result in potential wage hikes for low skill labor. We'll leave these for another time since things just might get a bit too financial for the average tech enthusiast. As usual, let us know what you think in the comments section below and stay tuned for the latest.

P.S: So that people are aware, we will be taking a different approach to comment moderation on financial articles on the site. As I'm sure many of you know, we take an open view of free speech here at Wccftech. However, what occurs on other sections of the site, for example Hardware, will not be tolerated on financial coverage. As such, we'd really appreciate it if comments are on topic and lead towards a productive discussion. Therefore, keep comments on topic and avoid trolling as comments will be actively moderated here. Cheers!