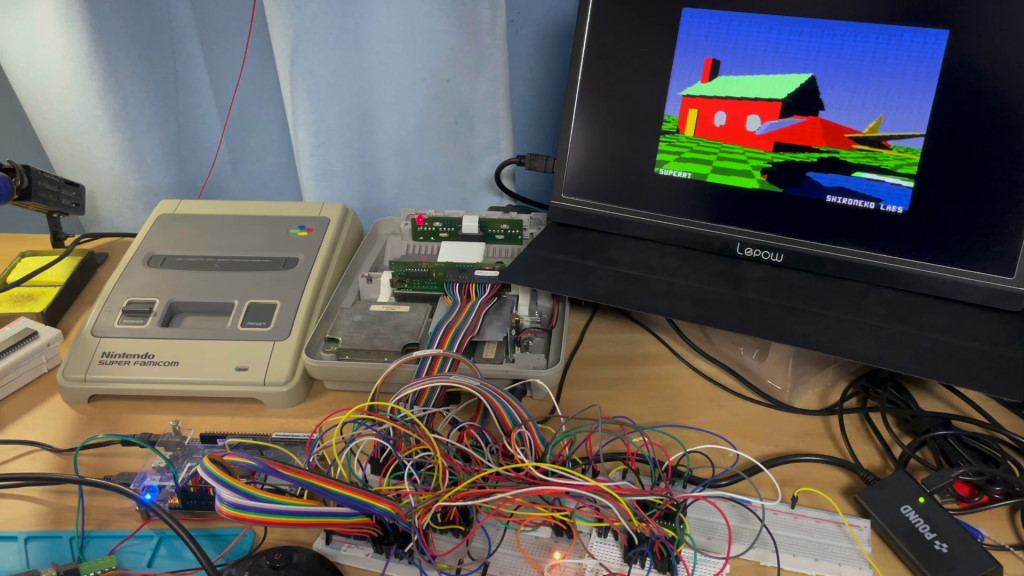 Hardware-accelerated Ray Tracing is one of the most interesting features of the next-gen consoles and PC, but what if we told you that one crafty freelance software engineer/game developer managed to create an expansion chip akin to Nintendo’s Super FX Chip, capable of adding Ray Tracing to Nintendo’s console from the early 1990s. Yes, you read that right.

“The idea originated when I was trying to think of an interesting idea for a project to help me learn Verilog and FPGA design, and the notion of building a simple raytracer came to mind (partly inspired by a scarily smart friend of mine who is building his own GPU)”, creator of the homebrew chip, Ben Carter, writes on his blog. “A bit later - because sometimes my brain hates me and delights in coming up with silly things to do - this turned into “wouldn’t it be interesting to try making a SNES do raytracing?”, and thus the SuperRT chip idea was born.”

Down below you’ll find a video showing off Ray Tracing on the SNES. It’s a really impressive accomplishment, and we can imagine fans of the console wanting to get their hands on this homebrew RT chip - although we can't imagine it being publically released.

The SuperRT chip constructs the scene using a specialised command language which is executed by one of three parallel execution units on the chip - essentially specialised CISC processors - to perform ray intersection tests. The scene description allows objects to be constructed using a subset of CSG operations, using spheres and planes as the basic building blocks and then performing OR, AND and subtraction operations using them to build up the desired geometry. AABBs are also supported, although primarily for use in culling tests (they can be rendered if desired, but they have a lower positional accuracy than other primitives and thus this is not generally very useful except for debugging purposes).

We highly suggest reading through Carter’s technical article as it’s quite an interesting read.

Move aside PlayStation 5 and Xbox Series X|S - we clearly have the winner of this console generation.