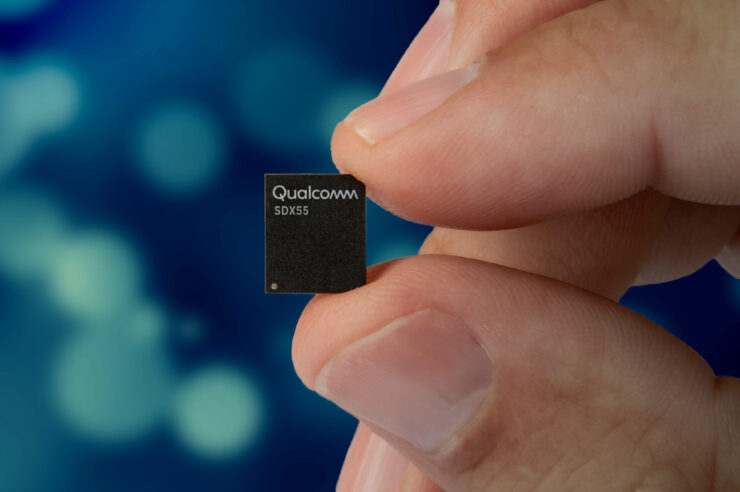 With summer setting in, Qualcomm's bound to be in the later stages of developing the next flagship Snapdragon smartphone processor. Right now, it's expected that the chip will be dubbed the Snapdragon '865'. Information for the SoC is sporadic, as it surfaces with some details irregularly. Today, we've got more for the next Snapdragon, so take a look below for all the details.

Moving to the future, it's only a matter of time until IoT and 5G come together and start to play a role in our lives that's similar to the modern smartphone. Your gadget will become the centerpiece of an assortment of devices connected to the internet. Qualcomm's kept this reality in mind with the Snapdragon 855, and with the SoC's successor, we'll once again see 5G take the center stage.

Winfuture's Roland Quandt is back today, and he's got information about the Snapdragon 865. Since we've got time before the chipset heads for mass production, its design parameters shouldn't be finalized. Nevertheless, it's still good to take a look at the little information that has surfaced, since it allows us to form an early picture of what to expect from the SoC. 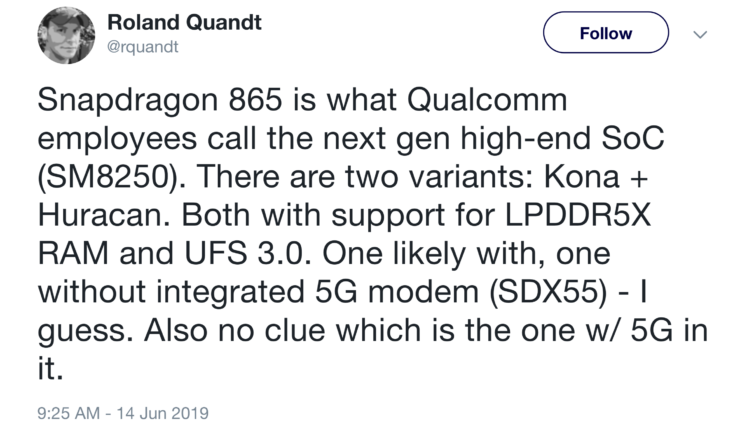 In a fresh tweet, Quandt corroborates earlier claims made by his publication Winfuture. He asserts that Qualcomm's employees are calling the company's next flagship smartphone chipset the Snapdragon '865'. The tipster goes on to add that the processor is being developed in two variants, which will be segregated on the basis of 5G support. The Snapdragon 865's two variants are dubbed as 'Kona' and Huracan', and both will support LPDDR5X RAM and UFS 3.0 storage. Readers should keep in mind that the Snapdragon 855 already supports UFS 3.0, with the OnePlus 7/7 Pro being the latest smartphones with the high-speed memory.

What gets us excited when we take a look at today's leak is that Quandt continues to believe that the Snapdragon 865 will support LPDDR5 memory. LPDDR5 is a recent class, that first surfaced in JEDEC's JESD209-5 released in February this year. The memory features two new operations over its predecessor and these are focused on power consumption. Additionally, Samsung Electronics completed fabrication, functional testing, and validation of a prototype DDR5 module in 2018.