The Snapdragon 815 Does Not Exist – Qualcomm Official Confirms Today

Snapdragon 815, which was expected to be the second fastest SoC to be produced by Qualcomm after Snapdragon 820, is not going to be manufactured by the company. After several leaks were released concerning the thermal performance of the upcoming SoC, Qualcomm's Senior Director of Public Relations Jon Carvill has spoked to Fudzilla on the topic, stating quite bluntly that:

“There are no plans for a Snapdragon 815 processor.”

The company will instead be working on releasing the Snapdragon 820, which was always expected to be on the cards. 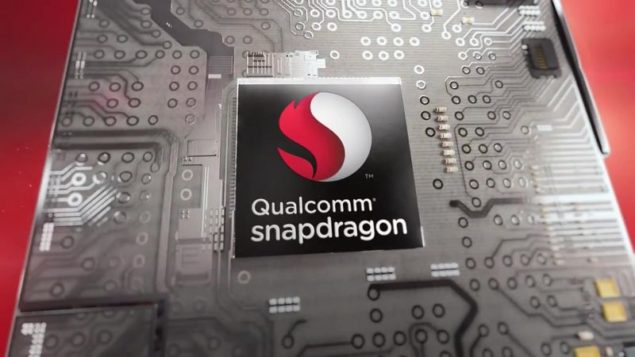 Snapdragon 815 is not going to manufactured; Snapdragon 820 to be the flagship chipset

Snapdragon 815’s rumors were disseminating in all directions. It was expected that the upcoming ‘system on a chip’ was going to be fabricated on the 16 nm process and would end up being Qualcomm's evolution to ARM's latest Cortex A72 Cores.

According to the source, the company had no intentions in rolling out Snapdragon 815. For a tech firm that is as sophisticated as Qualcomm, it should be noted that it actually takes years to make a whole new SoC design right from the beginning, so the fact that the tech firm was going to release a whole group seemed thoroughly far fetched.

During the Mobile World Congress that kicked off in Barcelona, Qualcomm had mentioned that it was working on the successor of Snapdragon 810. It will be called the Snapdragon 820 and will be manufactured on the 14 nm FinFET process and would be running 8 cores comprised up of powerful processors. While the following has not been confirmed, it is possible that the Snapdragon 820 will be featuring custom made cores from Qualcomm, being dubbed as 'Kryo'.

The latest report suggests that the first smartphones sporting the flagship chipset are going to be introduced during Q4, 2015, with the first batch ready for shipment during Q1, 2016. For now, the tech giant has not confirmed which SoC is going to take the place of Snapdragon 815, but from the looks of it, it could one of the chipsets belonging to the Snapdragon 600 series.