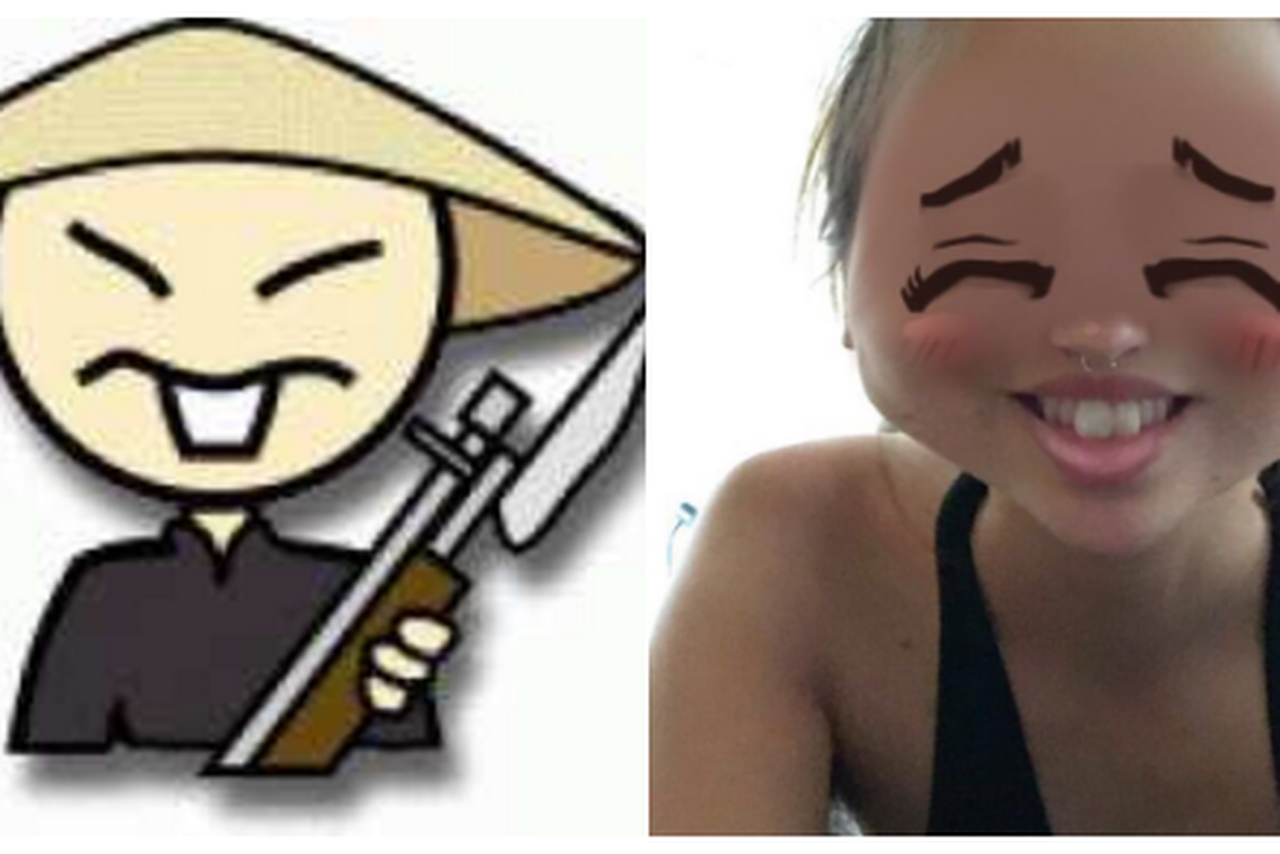 It has been only four months since the last social outcry against Snapchat’s selfie filter and we have one again. The video and selfie sharing network is now facing another period of wrath by its users as soon as it enabled the yellowface filter. According to Mic, the social media platform rolled out the new filter this Tuesday and was followed by a series of rants from users on Twitter. The users complained that the new filter made them look like racist Asian caricatures; users called it overly-racist.

Snapchat really does a wonder when making filters, morphing monsters, demons and all sorts of different characters onto our faces, but sometimes their filters are misunderstood (at least that’s what they claim). Whatever the reason, you have to admit that this filter does call out the decade’s old stereotype about Asians with closed eyes and yellow faces, which is not something we would want the younger generation to catch on to. A good number of users snapped their photos with the new filter and Tweeted their wrath before Snapchat actually removed the seemingly racist filter.

Snapchat told the Verge that the filter was inspired by anime and was never meant to be humiliating for anyone. If they didn’t want such a response maybe they should’ve just expressed this anime filter more clearly with big open eyes rather than shut ones. But the team said the filter has been taken down and won’t be in the mix again.  Some of the users have reminded Snapchat about the community standard rules saying:"Do not bother or make other people feel bad on purpose." All of which seems a bit ironic after this. 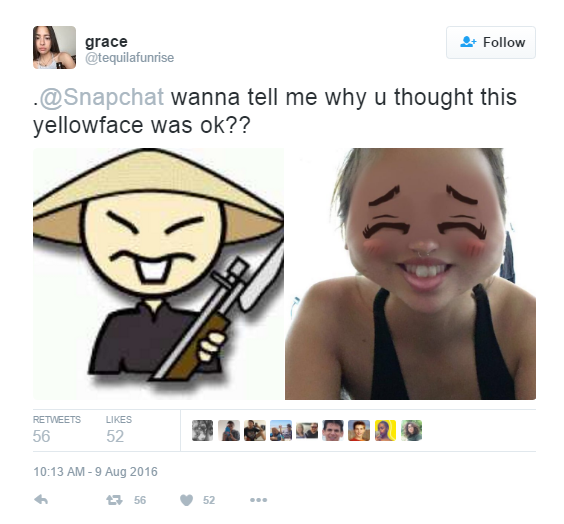 Back in April this year another similar incident happened when Snapchat rolled out a Bob Marley filter. That too was taken as an insult by many users and was found thought to resemble a blackface. A

At the time, Snapchat representatives told CNN in a statement, "Millions of Snapchatters have enjoyed Bob Marley's music, and we respect his life and achievements.[The lens] gives people a new way to share their appreciation for Bob Marley and his music."

Even though the dreadlocks did look cool, it’s still something Snapchat needs to work on. Given that their user base is increasing everyday they need to be more careful when deciding what filters to roll out any given day. 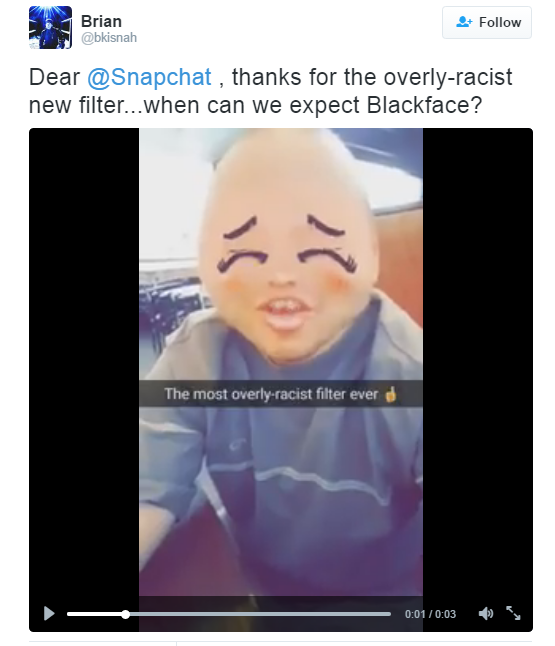