Snapchat Brings Bitmoji Widget To Your iOS And Android Devices

Snapchat wants to gather in as much traction as possible when it comes to user base. To do that, the auto-vanishing photo app is introducing new features in both iOS and Android apps. This time around, the company wants users to start chatting with each other in the quickest way possible. To make this operation possible, Snapchat has introduced its Bitmoji widget that lets users pick a few friends and see their avatars on the home screen. Lets see some more details on the matter.

The avatars will be displayed in the "Today" screen on iOS and the home screen on Android devices. The avatars will instantly take you to the screen from where you can begin chatting with your friends. It's good to see that Snapchat is moving forward as it introduces new feature in the platform. The addition of an embedded Bitmoji widget not only feels natural, but provides a much more fluid way of interacting within and outside the application.

The impact of Snapchat's Bitmoji widget will allow users to engage with the app in a more intuitive way, minimizing various taps while performing the same task. As  we have mentioned earlier, users who use Snapchat on iPhone or iPad can easily begin chatting with their favorite friends by creating an avatar, which will sit on the Today screen. The Bitmoji will be configured to show specific friends, offering users with a one-tap solution to start chatting with their friends. 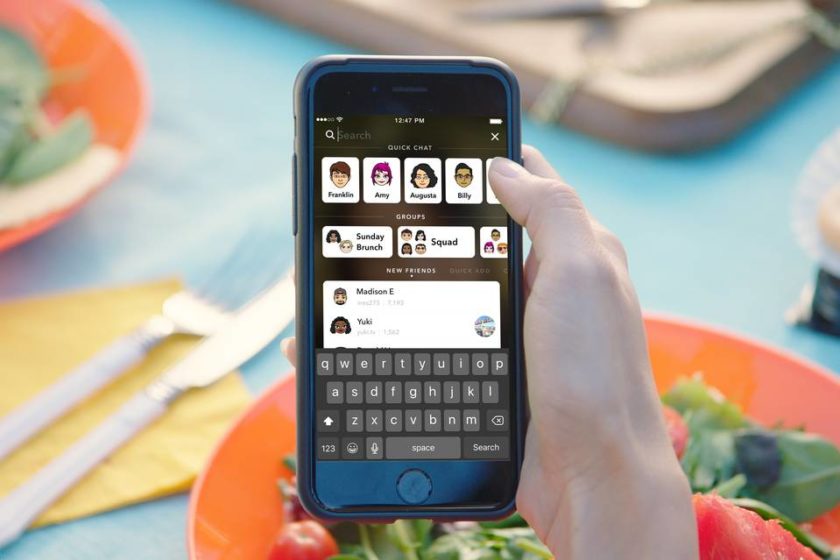 Android users on the other hand are lucky to possess customization options beyond iOS as they have the ability to place the avatar of a user's favorite friend any where on the home screen. This offers a much more versatile control over Snapchat's new offering.

The news comes in amid of Facebook's global roll out of Facebook Stories. The new Stories feature in Facebook's main app is a Snapchat clone that we're already familiar with. Previously, the company rolled out Messenger Day - another Snapchat-like platform that provides more or less the same functionality.

While Snapchat's new offering is quite helpful at times, it remains to be seen if  users will adopt the tool just like that. The move also allows Snapchat users to make use of this feature and make it a daily driver when it comes to chatting with your friends. You can now update your iOS and Android apps to make use of the desired changes in the app.

This is it for now, folks. What are your thoughts on Snapchat's Bitmoji widget for iOS and Android? Share your views with us in the comments.