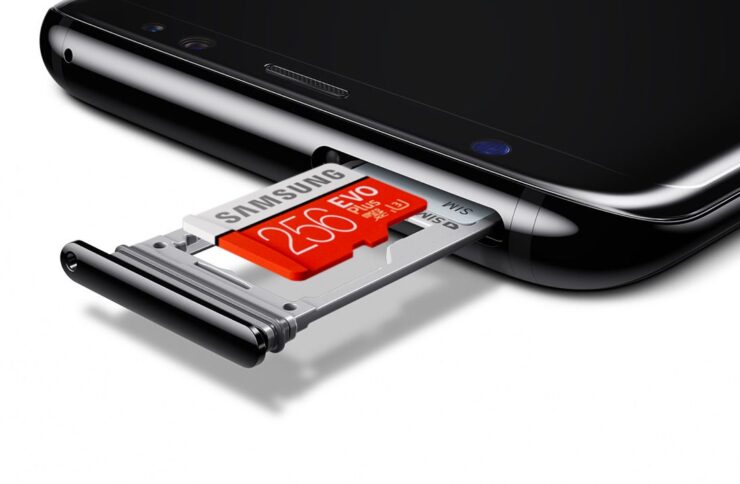 Most smartphone manufacturers have decided to forego expandable memory slots on their devices and they have come up with several excuses on why they have made this decision. Having expandable memory at your fingertips is one perk that should always be present, irrespective if the device belongs to the flagship category or features a cheaper price tag.

However, the surprising thing that you guys will be learning today is that a huge percentage of smartphones shipped during the first quarter of 2017 came with expandable storage slots. With memory speed standards improving for both internal and external memory, looks like microSD card will continue to exist for the foreseeable future.

A new report published by Strategy Analytics (via MyDrivers) reports that out of all the smartphones shipped during the first quarter of this year, 97 percent of that batch featured expandable memory, making it a great year for microSD card manufacturers and advantageous for the consumer too.

The fourth quarter of 2016 saw a decline in those shipments possibly thanks to the Galaxy Note7 fallout (which also featured expandable memory) and increased iPhone shipments, which includes the iPhone 6s, iPhone 6s Plus, iPhone 7, iPhone 7 Plus and the iPhone SE. The last time there was a dip this low was back in 2015, but we are glad to see that manufacturers finally see the value of adopting this crucial feature in their handsets. 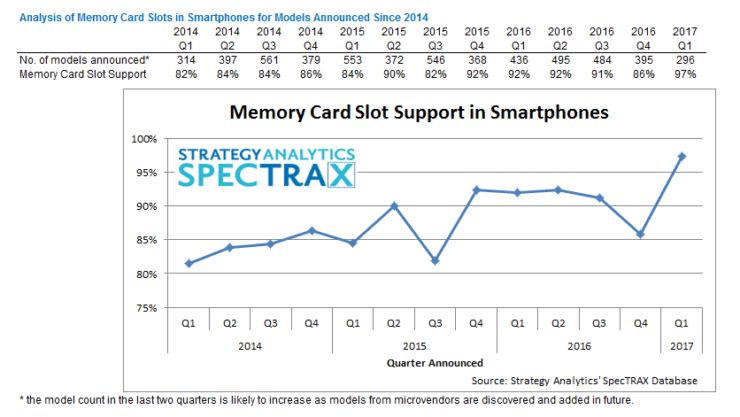 Most manufacturers ranging from Xiaomi, Apple and countless others will stick to shipping devices that do not come with this flexible feature, and despite what they say about memory card corruption, slow performance, and a bunch of other reasons, we strongly believe that this approach is seen by phone makers as a means to force the consumer to pick up higher capacity models for a premium pricing to generate higher margins.

Do you think more smartphones should ship out with expandable storage slots? Tell us your thoughts down in the comments.