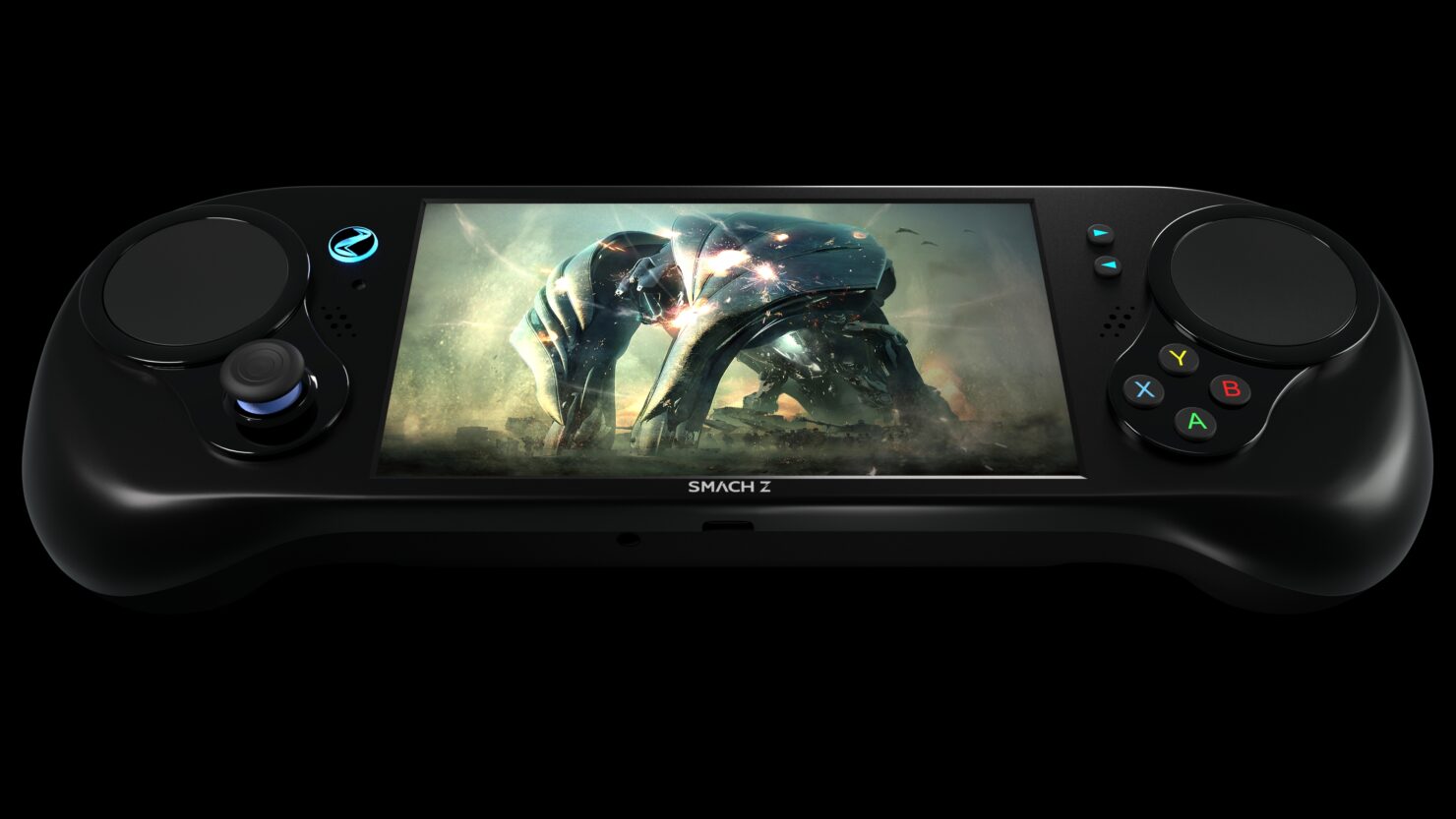 SMACH Z, the PC handheld we previously covered on Wccftech, is now showcasing enhanced units at Gamescom 2019. Here's the excerpt from the press release sent out today by the company.

Thanks to a close collaboration with AMD team, the SMACH Z enhanced its performance with the most powerful version of the V1000 processors family, the AMD Ryzen™ Embedded V1807B SoC with AMD Radeon™ Vega 11 Graphics, now complemented with up to 32GB of RAM and 480GB SSD.

The SMACH Z runs demanding AAA PC games and with this improvement PC gamers can expect a better performance and enjoy a smoother gameplay on the go.

European attendees have the chance to experience first-hand the SMACH Z and play several games at the SMACH booth (Stand E 028 at the 10.1 hall).

The SMACH Z doesn't have a release date yet, but we reckon launch shouldn't be far away, which should be great news for those who have crowdfunded the project three years ago via Kickstarter and IndieGoGo.

If you're interested in reserving a unit, the official site allows customers to customize their SMACH Z's RAM, storage, OS, device color and more.

Unlike traditional consoles, SMACH Z allows you to access all PC games (Steam, Origin, GOG, etc.). It can run any PC game, indie as well as AAA.

Thanks to the AMD Ryzen™ Embedded V1000 processors family SoC with AMD Radeon Vega Graphics, the SMACH Z has a power and graphic quality never before achieved by a portable device.

The battery life can be between 2 and 5 hours of playtime and it charges in only 45 minutes.

The SMACH Z is a PC in form of a console, so it allows you to install Windows or Linux, work in Excel, it has a front camera to make video calls, you can also surf the Internet, play music or watch movies. It can also be connected to a keyboard, a screen or a mouse and be used just like a desktop PC. It has a 6-inch high-definition touch screen, so you can watch movies comfortably or connect to your Netflix account or any streaming platform.