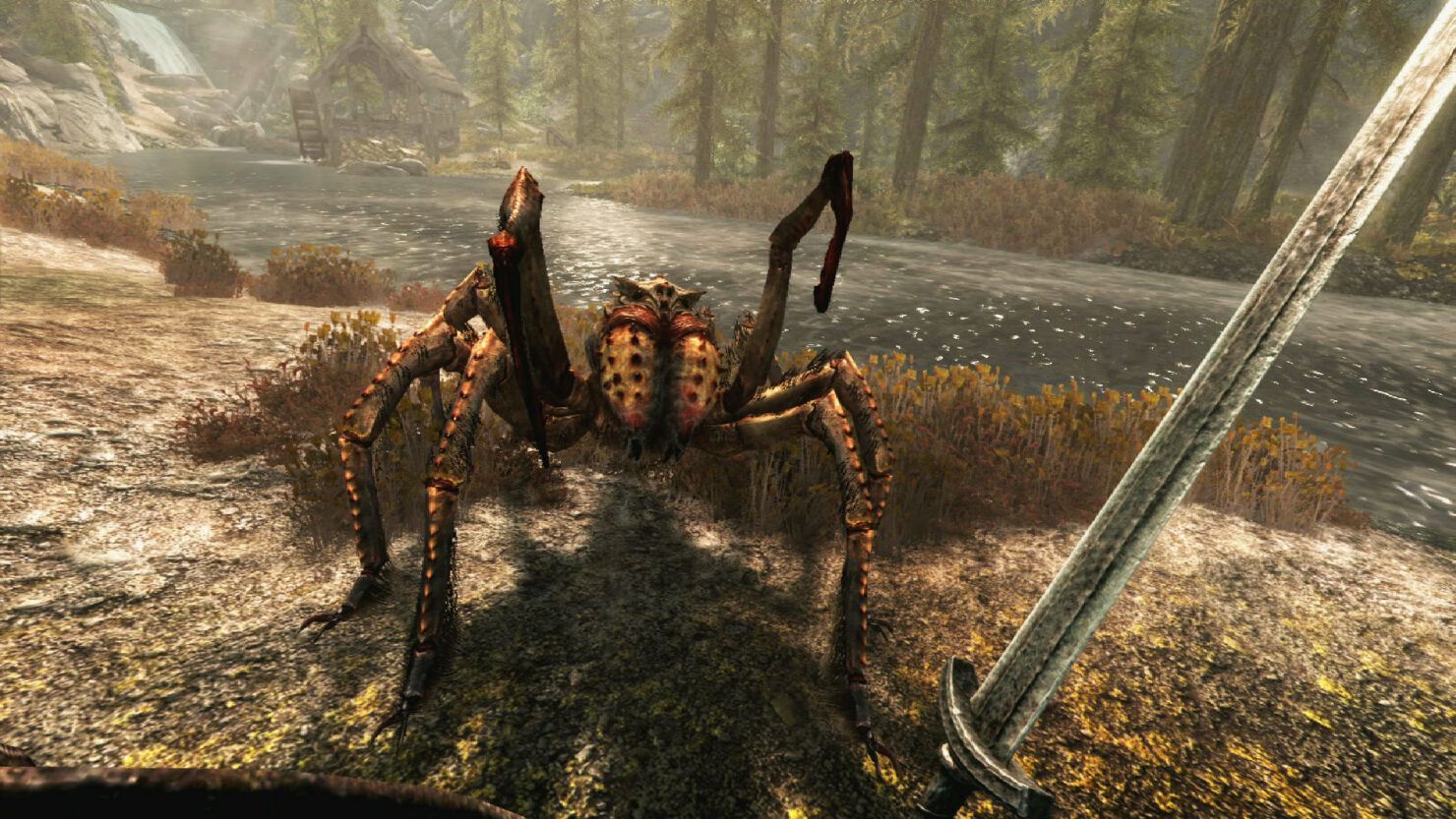 Skyrim VR has been revealed last week during Sony's E3 2017 press conference, but little has been said about a PC release of the game. Thankfully, it seems like the game won't stay a PlayStation VR exclusive for too long.

In a recent video discussing Bethesda's VR games, GameSpot confirmed that Skyrim VR will release for HTC Vive sometime during 2018. With the PlayStation VR version coming this November, it's likely that the HTC Vive release will come at the end of 2018 following a year of exclusivity.

Skyrim VR will allow players to enjoy the popular RPG in VR. Also included in the game will be the game's official add-ons.

Dragons, long lost to the passages of the Elder Scrolls, have returned to Tamriel and the future of the Empire hangs in the balance. As Dragonborn, the prophesied hero born with the power of The Voice, you are the only one who can stand amongst them.