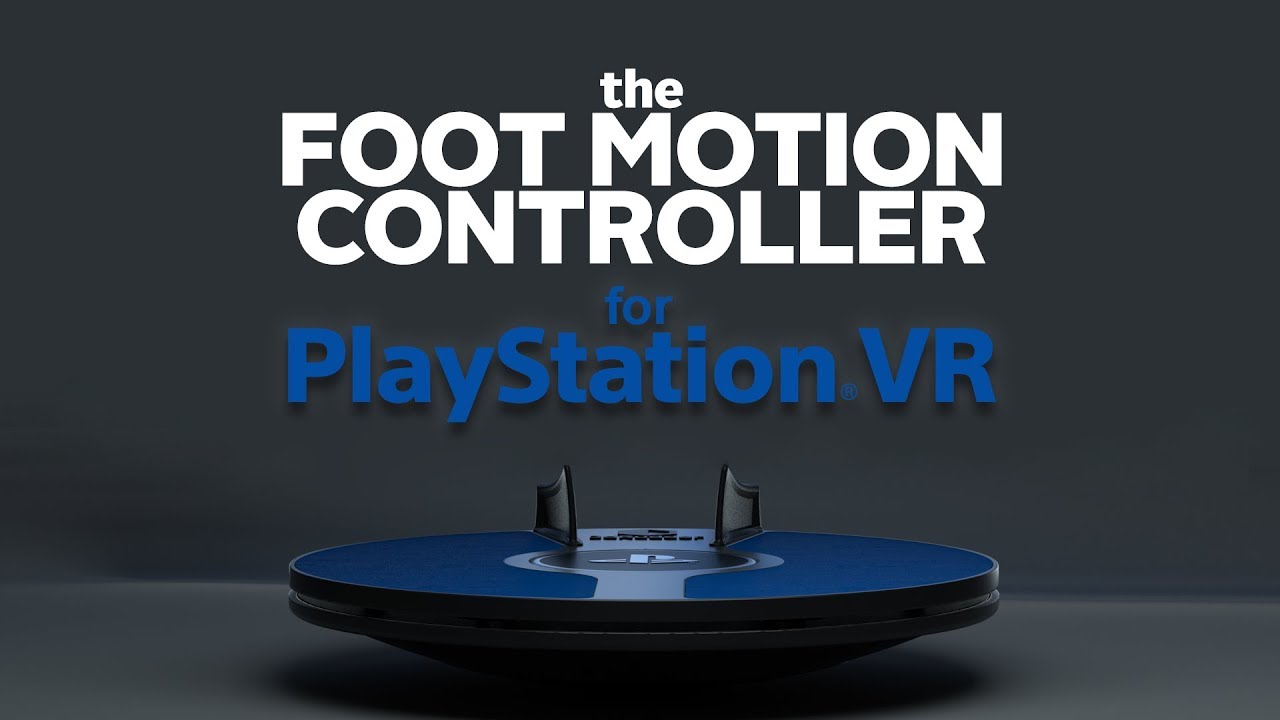 PlayStation VR has largely been a stationary affair. Whether you game standing up or sitting down, there's not much going on in terms of movement. However, the foot-powered rudder from 3dRudder aims to turn navigation into a full-body activity. By putting your feet to use in the game, the potentials for freeing up your hands to focus on aiming your weapon in a virtual battlefield are numerous in kind.

The 3dRudder for PlayStation VR is rather simple and unimposing, sharing a very similar frame to that of a rudder or balance board one might stick under their desk to keep their feet active when operating a computer for eight hours a day. Instead of a completely flat base, two footpads can be attached where the player rests their feet to act as guides to keep their feet in position, something I found to be quite helpful when trying to turn around in my demo (these foot pads are normally an optional accessory to the 3dRudder for PC, so this can help to justify the $20 premium for the PlayStation variant). Of course, there's just a single USB cable to connect the 3dRudder for PlayStation VR up to the PlayStation 4 with no wireless configuration available as of yet.

At the moment, the amount of software that is slotted to take advantage of the 3dRudder is quite limited. A beta build of an upcoming action shooter known as Sairento might be one of the most well-known PSVR titles to support the locomotion tech outside of another title known as DWVR. At least on the PC, the software lineup is a bit more impressive: Borderlands 2, Star Citizen, Fortnite, War Thunder, World of Tanks, World of Warcraft, Counter-Strike: Global Offensive, Portal 2, Skyrim VR, Fallout 4 VR and DOOM VFR among others. With some of these titles also having PlayStation VR representation, one can hope that it's indicative of future support for the accessory.

There isn't much to say about the directional input to the PlayStation VR 3dRudder. After starting up a round of Sairento directly from the PlayStation 4 dashboard, there weren't any additional toggles to activate the 3dRudder; it was already connected as a third party controller. After loading into the map and picking up my guns in the virtual world, I hopped on the 3dRudder (my feet, at least. This is still very much a device you want to use sitting down). Even with no direction on how to use the 3dRudder, my body intuitively knew how to move. Tilting my toes downward moves the character forward, rocking on my heels activates reverse, leaning to either side for strafing, and rotating the 3dRudder turns my character in either direction.

In action, the 3dRudder for PlayStation VR was intuitive enough to hop on and leave my hands free for dual-wielding pistols in Sairento. With the action of moving around in the virtual arena dedicated to my feet, I was able to focus more on the shooting and reloading in each hand and less on having to juggle movement and aiming on the same hand. The simple actions of moving around in cardinal directions (forward, backward, and strafing side to side) were simple to perform and worked the moment I got into the demo. Turning, on the other hand, was a bit more complex. My feet naturally wanted to pull back as I turned, leaving my character rotating about in a strange figure-8 shape as I tried to move forward and overcompensate the rotation. For a first time use, I thought the 3dRudder wasn't too difficult overall to put to work, although repeated use is going to be the only way to truly master turning and walking together in tandem.

The demo of choice, Sairento, is an action title that features free locomotion. This is something that I still struggle with, having many VR experiences that have a free range of movement that triggers a sense of VR sickness within seconds. With the 3dRudder as a point of reference and stabilization under my feet, I was able to enjoy Sairento for a few minutes before the oh-so-lovely headaches and sweating that I get from certain VR experiences kicked in. Having said that, I do think that for someone that's well adjusted to the nuances of delving into more intensive PSVR experiences can easily make use of the 3dRudder for freedom of movement.

While the software lineup is pretty sparse for the 3dRudder for PlayStation VR, the device does show a lot of potential for what could be done to create new methods of locomotion on a console. At $119 USD, the 3dRudder for PlayStation VR should be viewed as an interesting novelty to take some of the tasks off your virtual hands. However, once Borderlands 2 VR, Fallout 4 VR, Skyrim VR and DOOM VFR see some possible compatibility, this might be at the top of PSVR gamers' wishlists.

The PlayStation VR version will be available in Spring 2019. If you're interested in 3dRudder for PC, though, that's already out on Amazon, priced $99.

Borderlands 3 Debuts Over 45 Minutes of Footage, New Home Base and Worlds Shown