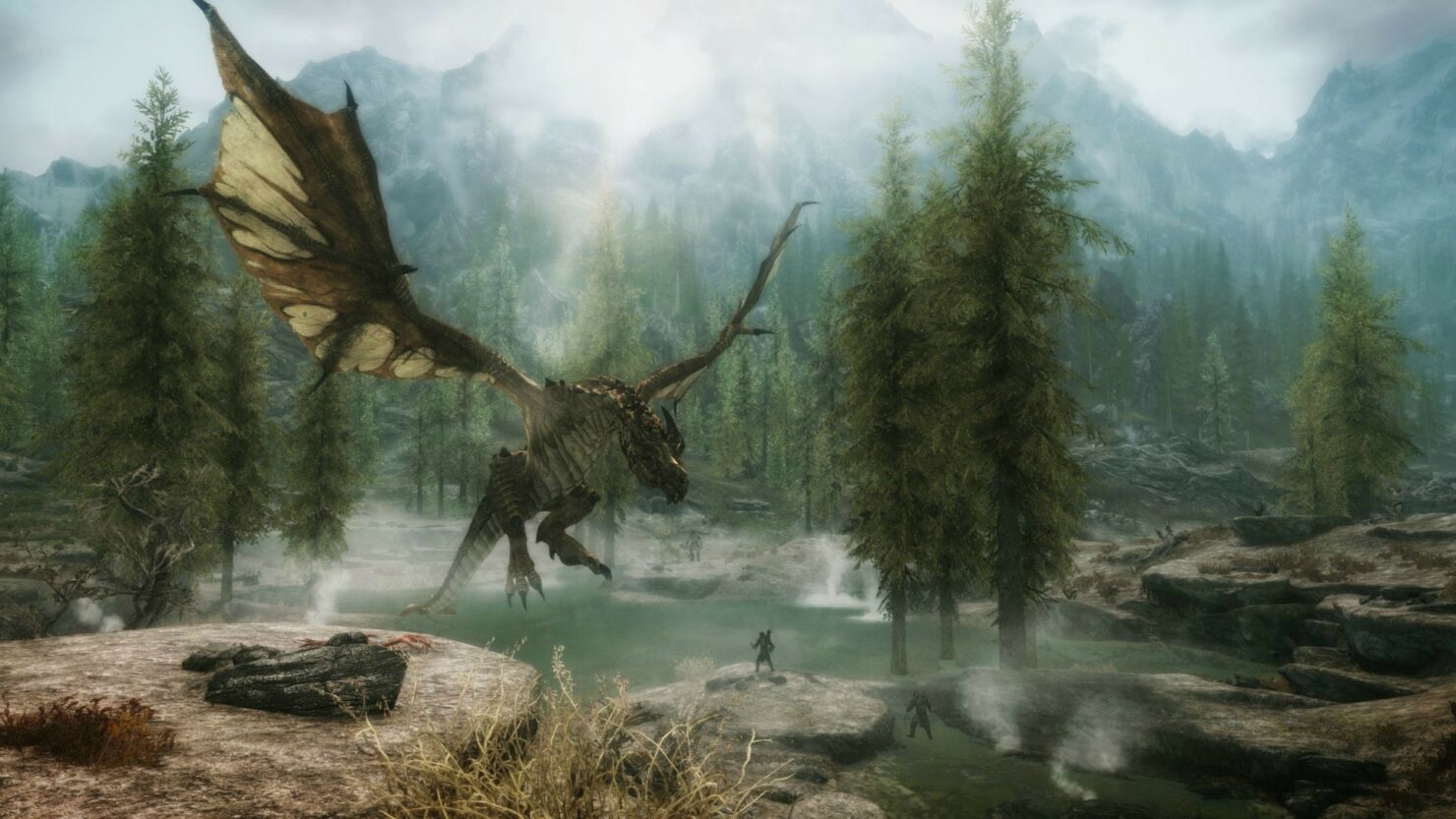 In just a few days, players all over the world will be able to get back into the world of Skyrim thanks to the release of the Skyrim Special Edition, a reworked version of the popular role playing game developed by Bethesda. For the first time, console players will also be able to enjoy mods, and it seems like there will be quite a few available when the game launches this Friday.

A few hours ago, the first few Skyrim Special Edition PlayStation 4 mods have been made available on Bethesda's Official Website. The first mod ever is the Point the Way mod, which introduces road signs where they are lacking in the base game.

This mod's aim is fairly simple. Road signs have been placed at several major intersections that were either lacking signs, or didn't have enough signs to indicate the full extent of where you could travel on a road. In some cases, the smaller towns and villages aren't even mentioned - despite Bethesda having created signs for them! Others that were pointed the wrong way or had the wrong city being represented have been fixed as well.

While mods for the PlayStaton 4 version of the Skyrim Special Edition won't be able to use external assets, the ones coming for the Xbox One version will, and some interesting ones that are available for the original PC version have already been ported over. One of them is the very interesting Frostfall mod, which introduces a deep, immersive level of gameplay.

The three main components of Frostfall are Hypothermia, Cold Water Survival, and Camping.

The primary objective of this mod is to add a deep, immersive level of gameplay to Skyrim, while keeping tedium to a minimum. An immersion mod should never get in the way of having fun.

The developer of the Frostfall mod, PossiblyChesko, also talked about the development of the new version of the mod on the game's subreddit.

The differences between what you'd see in original Skyrim and in Special Edition are fairly minor, when taken as a whole. The core experience is completely intact. I was pretty worried about not being able to capture that same feeling. I did some testing this morning (on XB1) and jumped into the water off the coast of Dawnstar and felt the controller pulse with my character's heartrate as he slipped into the depths, and I was like, "Yep, this is it." Not too worried any more.
In some ways, it feels more like Frostfall 2.x did. But it's Frostfall 3 under the hood, with all of the updates and performance improvements that comes with.
I'll be posting details on the difference between original Skyrim and SE on my site soon. At a high level, protection that equipment provides is more coarse than what's found on original Skyrim, but it still allows for a lot of variety between different sets of equipment (even more so than FF 2.x). In the end, it all averages out. Of course, you don't have access to meters (though you might get them eventually!). Instead I wrote a lot of new text notifications that describe your condition, and they've actually grown on me to the point that I actually prefer them to the UI elements. Instead of an MCM, you'll use a message box menu. Etc.