Recently, Skype rolled out its update for Android that featured support for Android Wear in version 6.4. The android app update lets users view and interact with notifications right from their wrist. However, Microsoft's Skype app for iPhone and iPad seems a little outdated with bulky elements in the layout. Henceforth, the company decided to update its app on iOS with Skype version 6.3 that brings a bevy of new features and improvements. 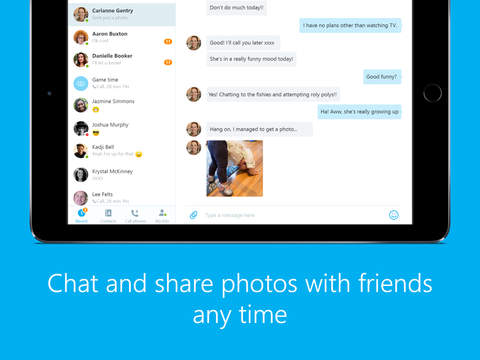 Since last month's update was rolled out for iOS 8, the Microsoft-owned Skype now has quite a lot of new and enhanced features to brag about in its latest 6.3 update for iOS 9. iOS 9 made room for third party apps to take advantage of its Split View and Slide Over feature that enables users to open a secondary app adjacent or over the primary app, respectively. These key features of iOS 9 contribute a lot in the productivity department as users now have the capability to run two apps simultaneously. Even though the Split View and Slide Over feature is limited to iPads alone. It still renders great importance for users.

So let's dive into the details and see what new features and enhancements have been included in the Skype 6.3 update for iPhone and iPad.

As we have indirectly mentioned earlier, Skype 6.3 now has support for iOS 9's Split View and Slide Over feature in iPad, enabling users to open a secondary app. This saves users' liberty to switch between apps and ultimately save time. The multitasking abilities of iOS 9 will enable Skype users to quickly access and share photos and map links to friends, colleagues or coworkers. Skype 6.3 update for iOS 9 definitely is a step up from its previous version. 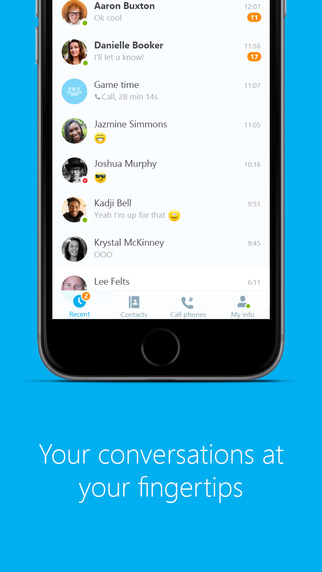 Another important feature part of the Skype 6.3 update is the Quick Reply. This feature allows users to reply to chats by pulling down the notification banner. The feature is similar to that of the Messages app. Henceforth, users can now reply to Skype messages directly from their lock screen. 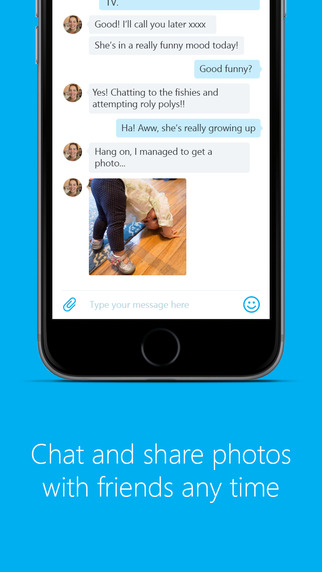 Furthermore, Skype 6.3 is now designed to take advantage of iOS 9's Spotlight search. To initiate new chats on Skype, simply type the Skype username of the recipient and it will directly show you the results. Tapping on the result will redirect you straight to the conversation screen. Indeed, this is an easy, time saving method to launch chats directly without opening the app and navigating several operations until you finally type the message.

Skype 6.3 update for iPhone and iPad is a handy update with several new features and enhancements. Download Skype if you haven't already and let us know in the comments how you liked the update.