SK Hynix today announced that it has commenced sampling of the PE8000 series, its newest and most advanced line-up of enterprise PCIe Gen 4.0 Solid State Drives (eSSDs). The PE8000 series is designed to meet the diverse needs of datacenter customers.

PE8010 and PE8030 are the Company’s first Non-Volatile Memory express (NVMe) SSDs supporting the PCIe Gen4 Interface. Both drives feature the Company’s 96-layer triple-level Cell (TLC) 4D NAND flash and an in-house controller, providing a maximum capacity of 8TB, and are compatible with U.2/U.3 form factors. PE8010 is tailored to read-intensive workloads, while PE8030 is optimized for mixed-use. 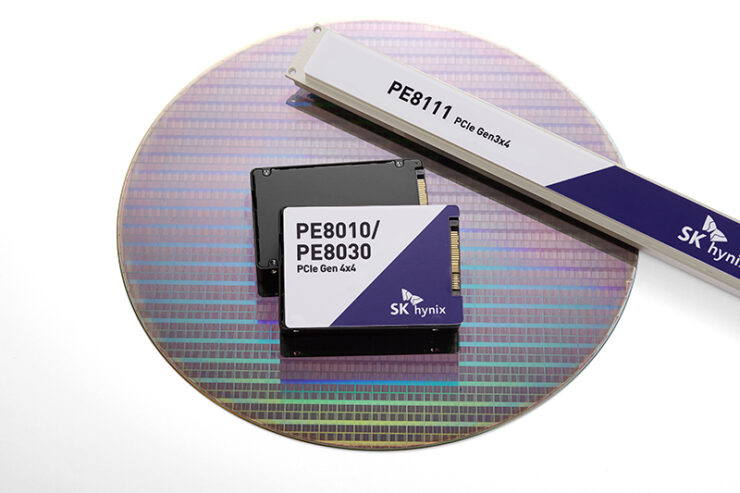 The two products boast the strongest performance among low-power PCIe Gen4 SSDs in the market. Both PE8010 and PE8030 can deliver sequential read speeds of up to 6,500MB/s and sequential write speeds of up to 3,700MB/s, with random read and write of up to 1,100K and 320K Input/output operations per second (IOPs), respectively. Compared to the Company’s previous solution launched in 2019, PE8010 offers substantial performance improvements of 103% for sequential reads and 357% for random writes at a maximum power consumption of 17W. Both drives are now sampling with customers.

Meanwhile, PE8111 is a high-capacity storage solution optimized for read-intensive applications, built with SK Hynix's state-of-the-art technology, the world’s first 128-layer 1Tb (Terabit) TLC 4D NAND flash. SK Hynix is currently developing a 16TB version of PE8111 eSSD in the new EDSFF 1U Long (E1.L) form factor and plans to develop a 32TB solution in the future. The Company is slated to start sampling the 16TB PE8111 eSSD in the second half of this year. 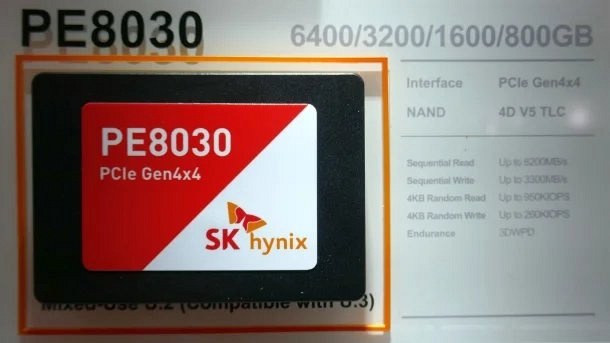 PE8111 is specifically optimized for Open Compute Project (OCP) storage platforms, supporting sequential read and write speeds of up to 3,400MB/s and 3,000MB/s, and random read and write of up to 700K and 100K IOPs, respectively. Most notably, the solution provides the same capacity with only half the amount of NAND dies compared to the solution based on 512Gb (Gigabit) NAND flash. As a result, the solution offers superb performance, power efficiency, and price competitiveness, excelling across the board in the existing eSSD solutions market.

SK Hynix is a global memory semiconductor manufacturer with DRAM, NAND flash, and controllers in its portfolio, a full range of technologies for SSDs. Despite being a relative latecomer to the eSSD market, the Company continues to strengthen its presence with the expertise and know-how gained as a leading DRAM manufacturer. SK Hynix will keep expanding thus with vigorous product development and increasingly diverse offerings going forward.