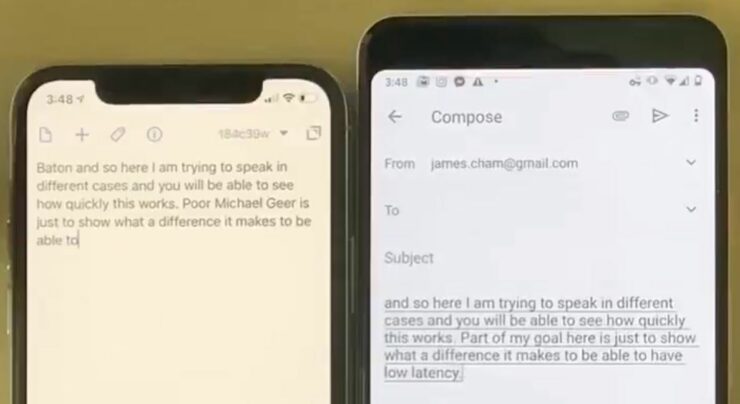 Siri was first introduced with iPhone 4s in 2011. Initially, Siri blew the competition out of the water and it gradually got better. Now, a decade later, Google Assistant and Alexa have marked their names in the virtual assistant's race to become perfect. Apple did add a few updates to Siri as well, however, it is still lagging behind. Now, a new test has emerged that shows that Google Assistant is way ahead of Siri when it comes to transcribing speech. Check out Siri versus Google Assistant in a dictation test.

While Siri works best with the English language it still struggles to recognize voice properly when it comes to accented voice. Google Assistant on the other hand just flies with the words, almost keeping up with the person. Moreover, Google Assistant supports a wide range of voice transcriptions and it is significantly faster when converting voice into text.

I don't think that people appreciate how different the voice to text experience on a Pixel is from an iPhone. So here is a little head to head example. The Pixel is so responsive it feels like it is reading my mind! pic.twitter.com/zmxTKxL3LB

As can be observed in the video, the Google Pixel with the Google Assistant is notably faster and transcribes seamlessly. The iPhone on the other hand shows lags behind by huge margin. Moreover, unlike Siri, the Google Assistant was way better in terms of dictation test accuracy. In real-life usage, the difference matters a lot when you're using voice to text.

Overall, you have to applaud Google for its speech recognition tech. I'm an avid user of Google's Recorder app and how it just transcribes perfectly, whether it is me or I am transcribing online lectures. Yes, it does make mistakes too but as can be seen in the dictation test, Google Pixel performed way better than the iPhone.

The possible reason why the Pixel performed better is that the transcription happens on the device itself. This is the reason it is super fast and with Siri on the iPhone, the speech recognition framework relies on the servers. Apple needs to perfect the technology since the coming years would heavily rely on it.

What are your thoughts on the dictation test? Let us know down below.