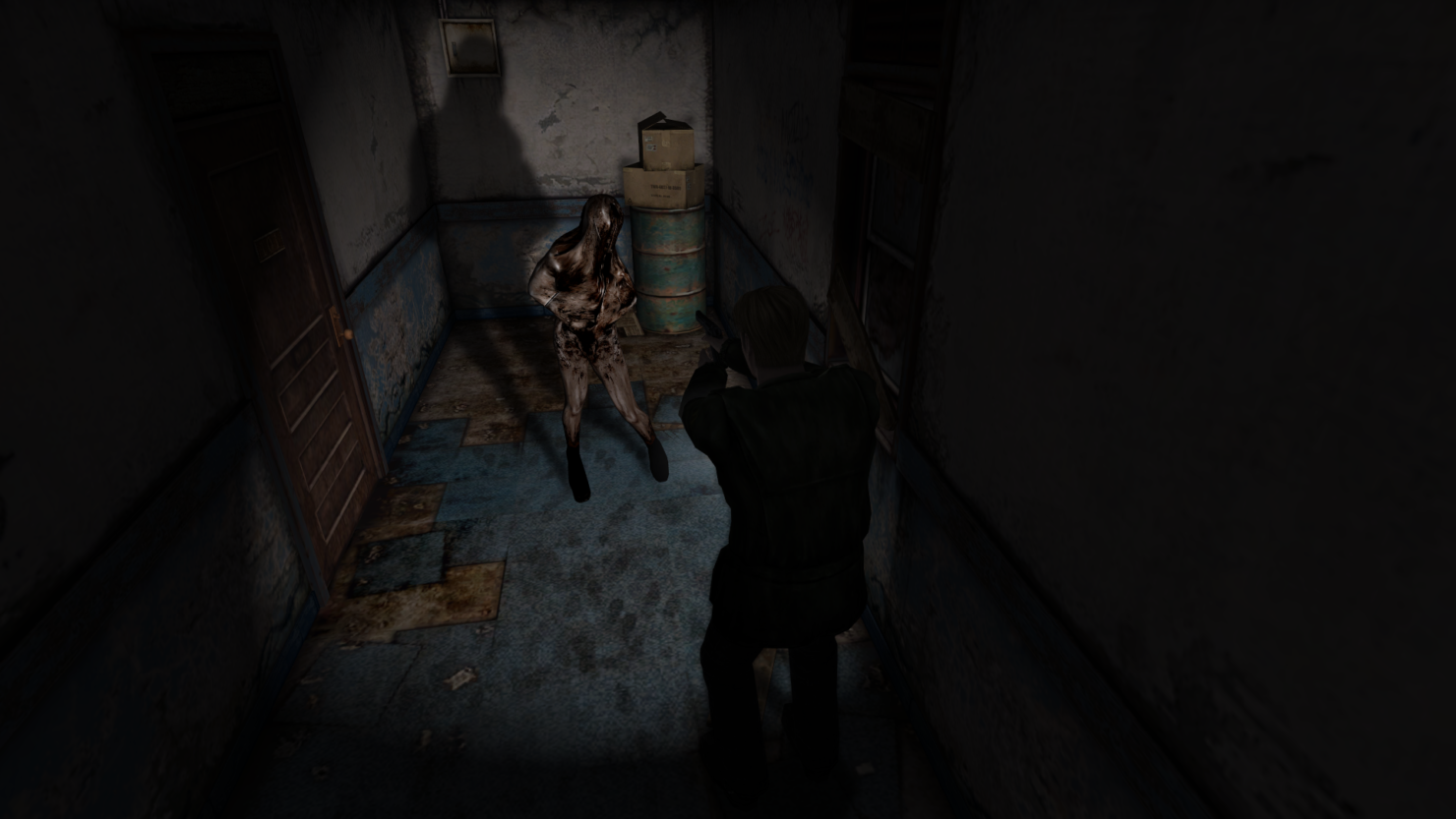 The new update of the restoration project is accompanied by a brand new video that details all of the new improvements, such as dynamic resolution support, restored specularity, and more.

The Silent Hill 2 Enhanced Edition project aims to make the PC version of the second entry in the Konami survival-horror series compatible with modern hardware. Thanks to all the additions introduced by the project, the PC version of the game looks considerably better than the emulated PlayStation 2 release and the HD remaster released a few years back on consoles.

Silent Hill 2: Enhanced Edition is an ongoing project of enhancement packages that makes the PC version of the game compatible with modern hardware and playable in a 16:9 widescreen aspect ratio, while improving visuals, audio, and bugs.

Examples of what the Enhanced Edition provides are: The use of a widescreen camera; high definition resolutions; upscaled fonts and 2D images; PlayStation 2 quality audio, fog, and shadows; restored post-processing effects; better controller support; and much more.

Made by a collaborative team of programmers, modders, and artists, the use of these enhancement packages makes for a definitive SH2 HD experience.

More information on Silent Hill 2 Enhanced Edition, including some comparison screenshots, can be found on the project's official website.

The original Silent Hill 2 released on PlayStation 2 back in 2001, and it is still considered among the finest survival- horror games ever made. The only way to play the game on a modern system outside of PC is via the Silent Hill HD Collection, released in 2012 on PlayStation 3 and Xbox 360.