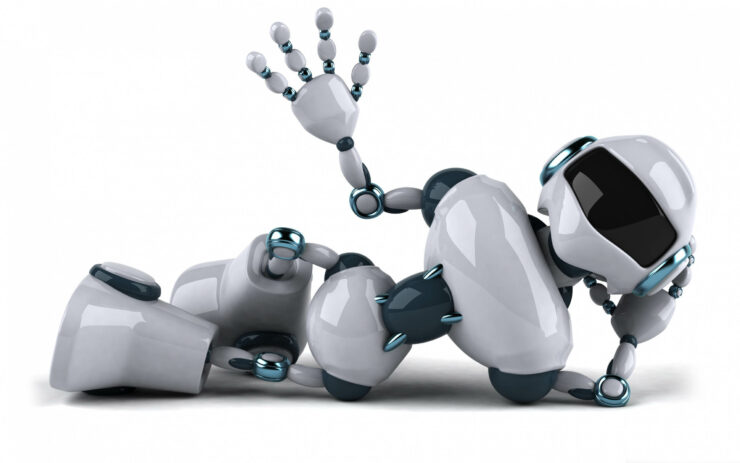 Taxes? Sure, why not!

Bill Gates recently proposed a tax on robots. On the surface, it sounds crazy, but underlying it all, does it make sense?

There is concern in a lot of corners of the world that the current model thinking about capitalist economics may be reaching a tipping point where something needs to change significantly, either the overall model itself, or how we define the producers of economic activity. It’s fair to say that there is still yet to be an alternative wealth creation engine which is as effective as the varieties of capitalism which exist in the world today so barring an Economics Nobel Laureate coming up with a new system which miraculously gets adopted in a significant portion of the globe, it’s only normal that people look at the traditional definition of producers of economic activity (us!) and think about a redefinition.

Technology is the Issue, Let's Tax it!

Humans are thinkers. Since our earliest beginnings trying to overcome our physical limitations by inventing tools to hunt animals to eat and clothe ourselves with, we have come up with new technologies to help make our lives easier. From being a relatively weak physical creature on the overall scale of things, given the ingenuity of the brain we have become the dominant species on the planet despite being slower and weaker than a lot of other species. In the earlier ages of human history, tools and inventions were about allowing us to live easier and therefore become more numerous. Once the basics of food/water supply and shelter were relatively easily taken care of, human ingenuity turned to other areas.

The trouble is that economic activity generally always required humans to drive it. The current human period is at something of a tipping point where it is no longer clear that the technology which makes our lives easier will require ever increasing people to actually make it work. We are slowly making ourselves professionally obsolete. In a week where AI cemented its position against the human brain by beating the number one Go player in the world, this has never been more obvious.

It's funny because it's true...

People may point to the opportunity to get better educated and human work shifting to greater value areas but even the professions are under attack from the threat of automation, whether it’s human doctors misdiagnosing patients, human lawyers who need to read through thousands of pages of documents to find inconsistencies, human traders who worked stock market floors or even, yes, human writers who publish articles. The issues here are twofold:

Given the above two factors, coupled with the fact that most entities, whether governments or companies need to balance the books somehow, it’s easy to see how human jobs are under threat. I’ve written in the past (here) about how sure, globalisation can be a threat to jobs when you look at the cheaper labour cost in country 1 vs country 2 but that the real threat to jobs is automation and I have spent a reasonable amount of my career working out ways in which a human can be replaced by a computer which does the job more efficiently and for less money.

So it seems pretty clear, much as mechanical muscles replaced a lot of human manual labour intensive jobs in the past, mechanical minds are increasingly capable of replacing human mentally intensive jobs today. The rate of this will only increase over time as technology ever marches on, the problem really is that the global economy and its associated revenue models are predicated in large part on the fact that humans have either provided or facilitated for the majority of global economic output and in doing so have been compensated for their time.

A commenter (thanks John!) on a previous article linked a short 15 minute video describing the situation which I encourage you to watch if you have time as it's very relevant:

This is the globalisation model which many in the world dislike today as it sees the global economy as a competitive landscape and when 2 humans in different places are capable of producing the same thing for vastly differing cost structures, the job tends to go to the lowest bidder. Worker backlash against this has been obvious in the developed world with anti-globalisation as a movement picking up pace in recent years.

The trouble is, this is looking at the short term picture. Sure, developing countries are cheaper now, but over time as they develop, they get more expensive. Everything used to be made in China because it was so cheap to do so, that is less the case on a daily basis and much production of cheap items has left China and moved to other cheaper countries like Vietnam, Indonesia and others. As wealth gets created, living standards increase and low cost jobs leave.

So something needs to change. Taxing robots is a throwaway line but what does humanity do when the majority of its collective population simply isn’t part of the process of generating economic output? If we don’t have jobs, we can’t buy stuff, the capitalist cycle breaks down. Additional to that, governments can’t tax us. Furthermore, if we’re not in work, they probably need to think about how to support us. The objective here clearly being to support the people whose jobs have been replaced and as more of the global economy shifts to a system which is not reliant on human endeavour, making sure that the primary purpose of capitalism (increasing living standards, wealth creation and consumption) still has some way to move forward.

That implies that revenue needs to come from somewhere, taxing the replacers of human productivity seems a logical option to consider although of course we don’t pay robots so in effect it’s looking at simply getting rid of income tax from the equation and replacing it with corporation tax. Both models obviously assume that the money generated from this will be used to support human populations and allow the purchasing cycle to continue.

Either way, there are a lot of considerations to take into account for this kind of approach to work, but at the highest level things like:

As much as I’m a capitalist at heart and not particularly in favour of generic handouts to the entire population on the basis of nothing other than the fact that we’ve made non-human capabilities so efficient at replacing human jobs, the concept seems a logical conclusion. Regulating such an economy will mean a huge number of considerations which don’t exist today will need to be taken into account. I’ll leave it to much smarter people than I to figure out the ins and outs of such an economic model so that it allows for the continued incentivised creation of innovative new products and capabilities while appropriately economically rewarding those who create value in a job-limited world, but it’s an interesting conundrum to consider.