Cliff Bleszinski is a name all fans of shooter games know, thanks to his involvement in the development of Unreal Tournament and Gears of War franchises. The popular game designer is ready to make his glorious comeback with a brand new game, and soon all players will be able to check out what Mr. Bleszinski and his Boss Key Studios have been working on. 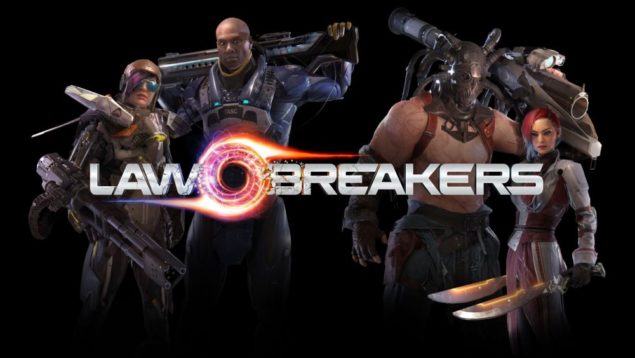 A few hours ago, it's been confirmed that LawBreakers, the team's new shooter game, will receive multiple Alpha tests in the near future and players can sign-up right now on the game's official website to take part in the upcoming tests. Actual dates have yet to be confirmed, but more on the matter will surely be coming soon.

On a related note, a brand new LawBreakers trailer has been made available recently, showcasing the game's shooting experience. You can check it out right below.

LawBreakers is a first person shooter game aiming to shake the genre with intense gravity based combat, a futuristic setting with a variety of locations and more. The team has further elaborated on the game's features recently, detailing new characters and features.

In addition to revamping the reimagined – and Shura-owned – Grand Canyon in the Grandview Map, Boss Key has expanded their cast of ruthless antiheroes. Hellion and Bomchelle have joined the side of the “Law”, and two more characters, Kintaro and Toska-9, are allied with the “Breakers”. These new killers round out the current slate of characters involved in this brutal conflict and give both sides mirrored roles with complementary weapons and abilities. These additions will create a more balanced gameplay experience, giving players access to all the current roles, represented in a symmetric fashion, whether they play as “Law” or “Breakers”.

LawBreakers will be released on Steam on a yet to be confirmed release date. More news on the game will be coming soon so stay tuned to be the first to know more about Boss Key Studios upcoming first person shooter.