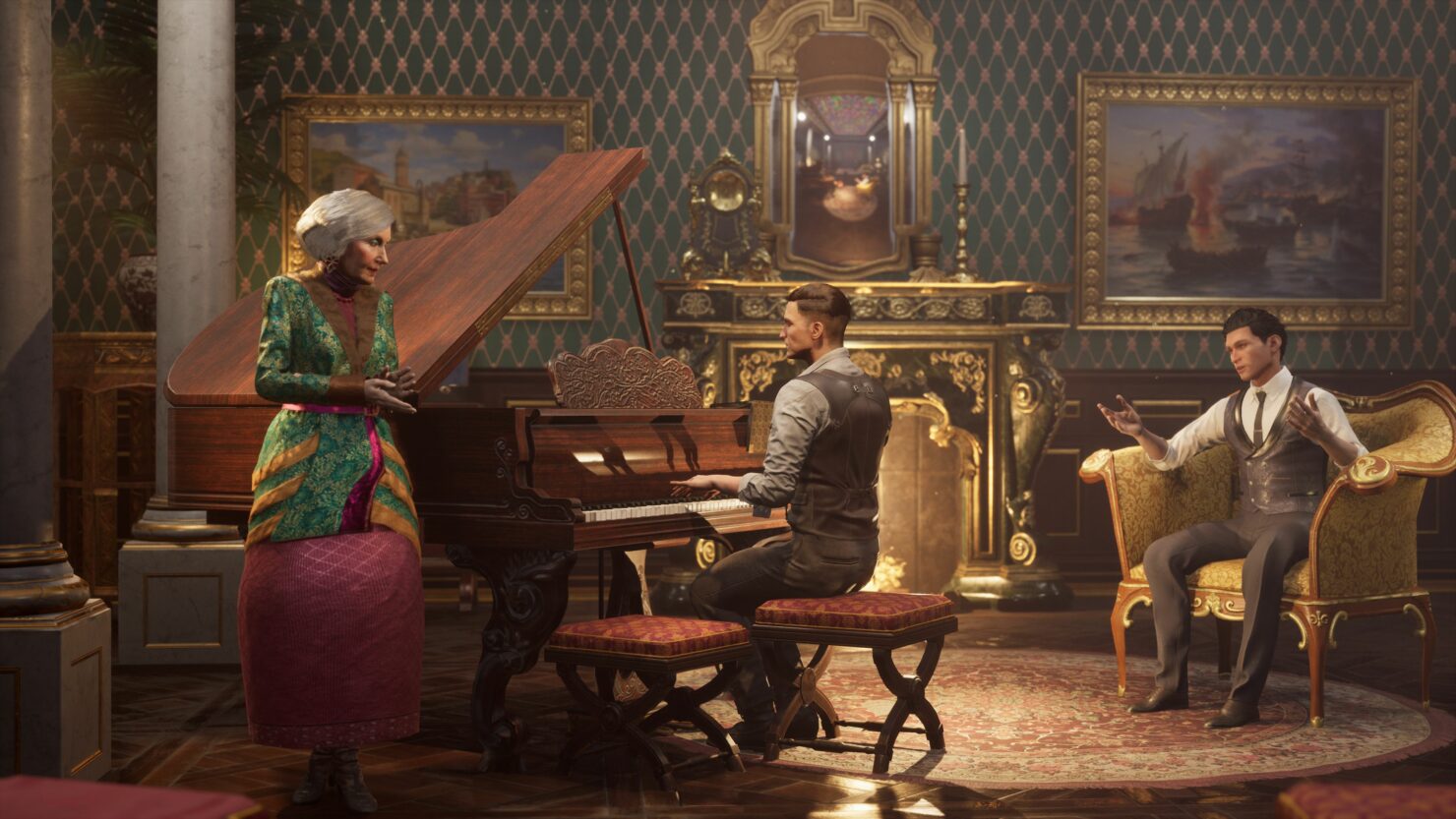 The first Sherlock Holmes: Chapter One story DLC, Beyond a Joke, launches today on PC and consoles.

The 1-hour long story mission, which sees Sherlock go after a master thief who is targeting Cordona's richest inhabitants, will be available from today at 6:00 PM local time for all owners of the Season Pass and Deluxe Edition. The DLC will also be available for purchase separately for 4.99 USD / EUR. To start the new story, players will have to complete the A Gilded Cage main quest and eavesdrop in Grand Saray

New screenshots showcasing the new story DLC have also been released online, and you can check them out below.

Beyond a Joke is only one of the three planned story DLC coming to Sherlock Holmes: Chapter One. They will focus on Sherlock's brother Mycroft and on a mysterious figure known as M. A release window for the two story expansions has yet to be confirmed.

Sherlock Holmes: Chapter One is now available on PC, PlayStation 5, Xbox Series X, and Xbox Series S. The game will hit PlayStation 4 and Xbox One next year. You can learn more about one of the best entries in the series by reading my review.

Sherlock Holmes Chapter One is one of the very best series installments, thanks to a great story powered by solid writing, charming characters, varied cases, and new open-world gameplay mechanics that fit incredibly well. While some of these mechanics do require a little tweaking, such as combat, Chapter One is a very solid game that no fan of the series or adventure games should pass on.