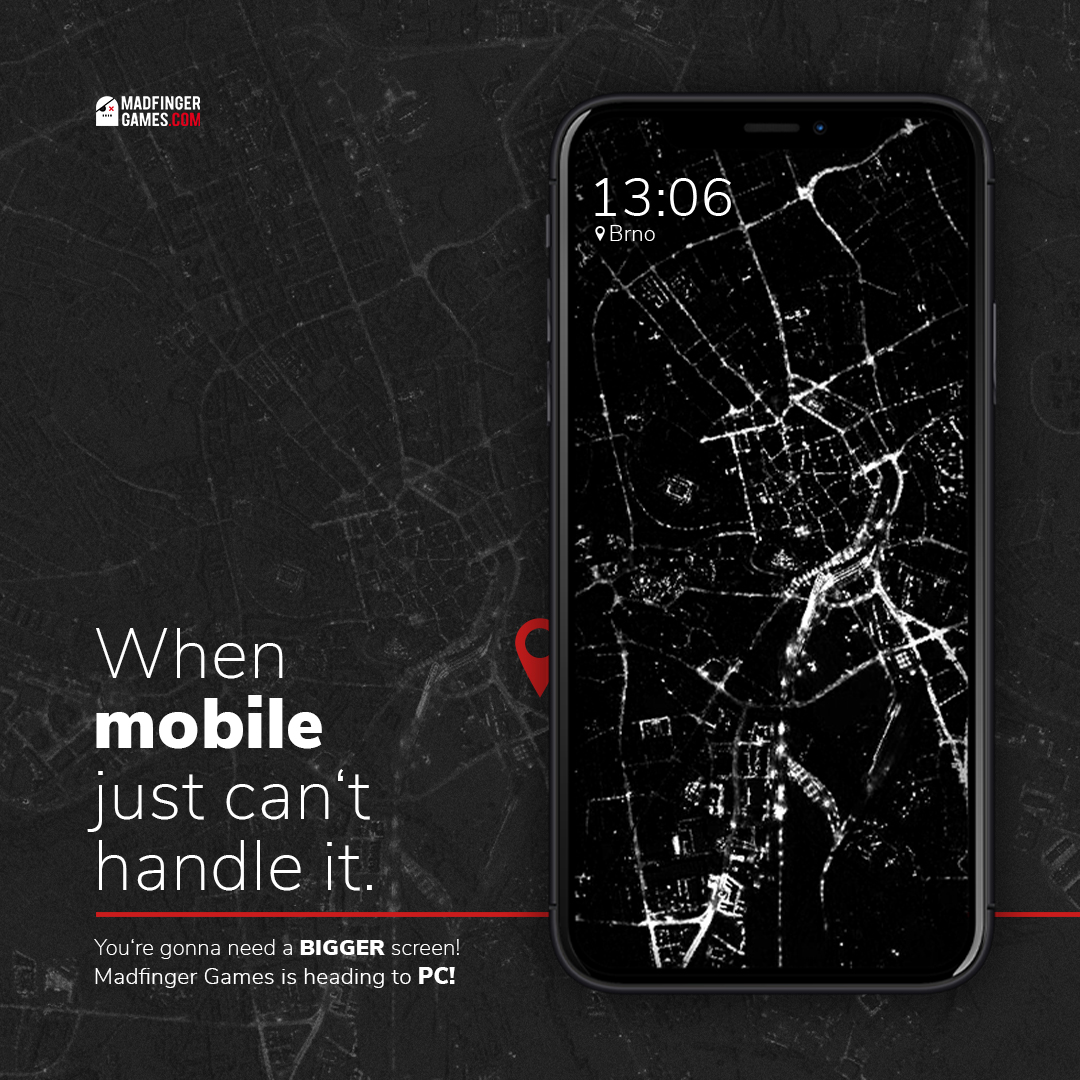 First-person shooter developers and mobile games, a pairing most unusual. However, the games industry has gone and produced some things out of it, such as the Android and iOS port of PlayerUnknown’s Battlegrounds. Some game developers may make a move towards mobile games rather than staying console, but today’s company, the developer of games like Shadowgun, is quite strange with their decision.

Enter MADFINGER Games, a company that, ten years ago, has made a departure for the mobile games scene. Today, the company announced that they’re jumping back into PC game design. They’ve also gone ahead and mentioned that the basis of their new game is a “realistic hardcore FPS for the PC”.

The team there posted an article where CEO Marek Rabas was answering questions relating to the upcoming project and bluntly answered why the game isn’t on mobile, by saying, “The game design we created is not suitable for mobile. It became clear that we needed a big screen to get the best gaming experience.”

Whatever their goal may be, they purport it to be a realistic first-person shooter using Unreal 5, and this unnamed title (as of publication) is mainly that; an unnamed game that marks the return to the console and PC gaming scene for MADFINGER. The Q&A also explains the following:

Since the founders of MADFINGER Games all started their careers by working on such massive titles before establishing the company, this next big step for the studio can be considered as a return to their PC roots.

The MADFINGER development team houses talent from various companies that had previously worked on several high-profile titles in gaming, such as The Witcher 3: Wild Hunt, Quantum Break, and the Mafia trilogy. They’re also seeking out additional talent at the current moment, advertising their careers page at the end of the Q&A.

To reiterate, this team has gone away from developing for PC games and gone towards mobile games; and now they’re making a point of returning to the development circle they left. How it goes for them, we won’t know yet, but Marek Rabas sounds very confident in the venture, so we’ll update when more information is released.