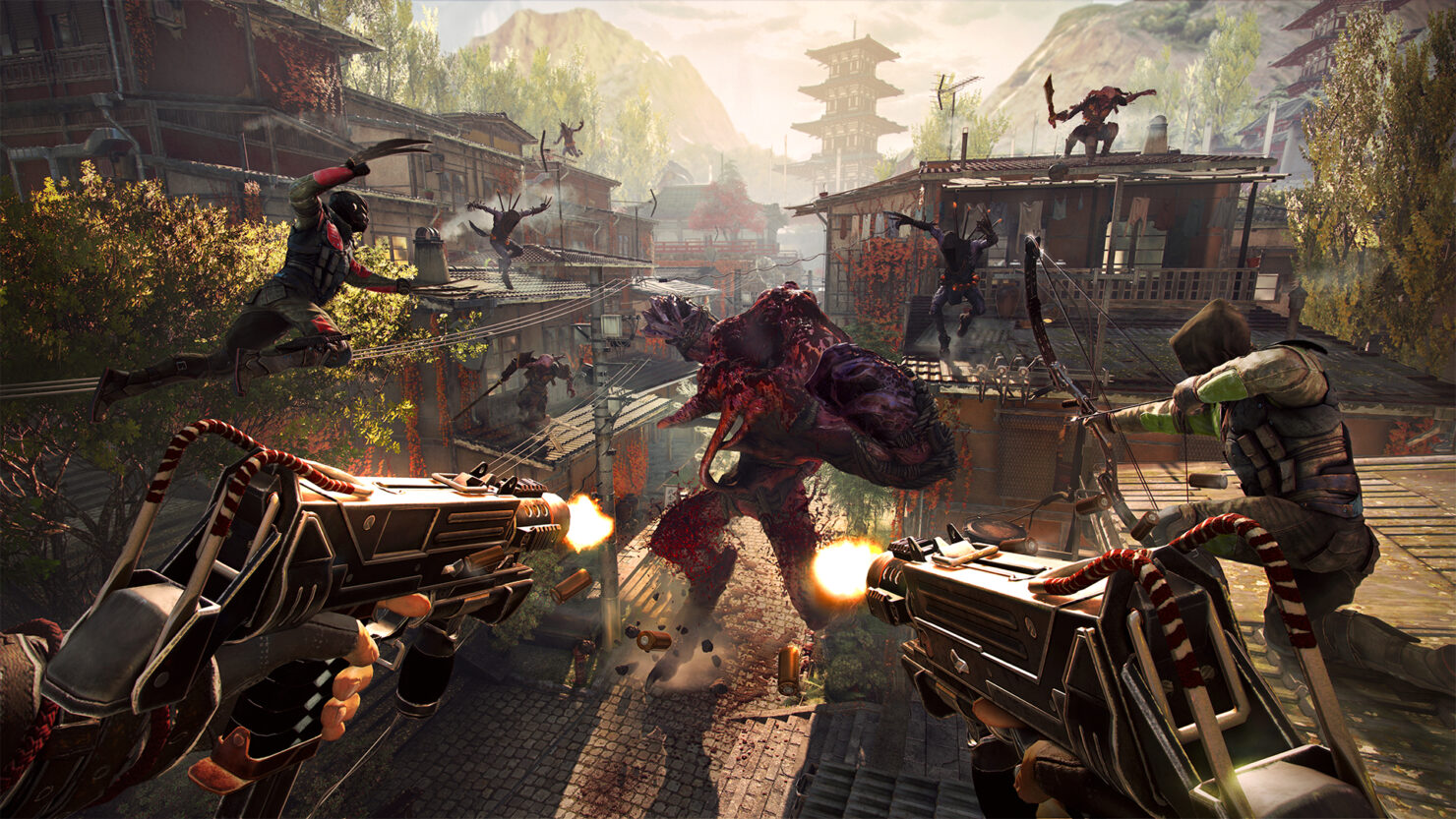 Shadow Warrior 2 released yesterday and the feedback so far is great. There's also something that makes Flying Wild Hog's game unique: it's the first PC game that takes advantage of both High Dynamic Range (HDR) and NVIDIA's Multi-Res Shading technology.

Flying Wild Hog partnered with NVIDIA to implement both these technologies. Five months ago, we reported that Multi-Res Shading/Simultaneous Multi-Projection could yield benefits for 4K gaming as well as VR; now, Shadow Warrior 2 is the first game to make it happen.

Shadow Warrior 2 uses NVIDIA Multi-Res Shading, which includes simultaneous multi-projection (SMP) technology built into NVIDIA Pascal GPUs to project images into multiple viewports. It can, for example, decrease the resolution of a game’s graphics on the periphery of the screen, improving performance without harming image quality on the center of the screen where a gamer’s eyes are focused during gameplay.

This is the first time Multi-Res Shading technology has been used outside a VR application. By intelligently reducing the workload on the GPU, we gain a substantial amount of performance. 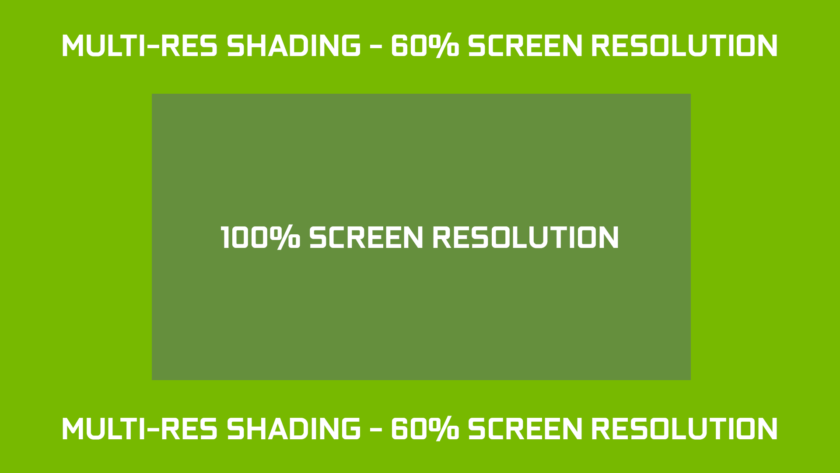 In Shadow Warrior 2, Conservative and Aggressive MRS options are available, adjusting the size of the MRS border and the resolution of graphics rendered inside.

As the resolution of the MRS border is dictated by the screen resolution specified in the options of a game, we recommend MRS be used at higher resolutions like 2560x1440 and 3840x2160 (4K). During gameplay the reduced resolution of the MRS border is far less noticeable at 2560x1440, and nigh on unnoticeable at 4K. This is especially true in Shadow Warrior 2, a fast and furious game where you can’t take your eyes off the center of the screen due to the non-stop action.

Additionally, NVIDIA provided a performance chart that gives you an idea of how much performance can be saved by enabling MRS in Shadow Warrior 2. 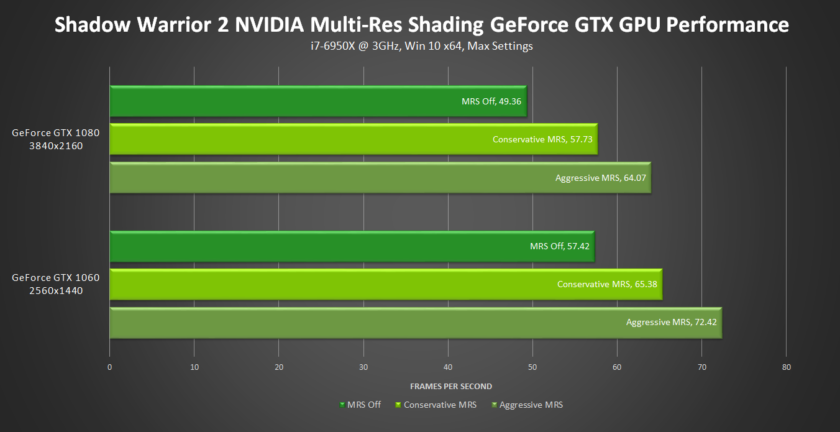 As mentioned earlier, Flying Wild Hog also added HDR support with the help of NVIDIA. Of course, that kind of improvement cannot be showcased in any way for reasons discussed in previous articles.

Shadow Warrior 2 is also the first PC game to feature HDR (high-dynamic range). NVIDIA is driving the adoption of HDR in real-time 3D applications by working with developers to add the technology to their games. HDR expands the range of both contrast and color, so developers can display a wider and richer range of colors, much brighter whites, and much deeper, darker blacks.

For Shadow Warrior 2, NVIDIA provided sample code for HDR to Flying Wild Hog, giving them a great jumping off point for coding HDR. As they changed the code to make it their own, we supported them with advice and information. We even provided an HDR display for use during development.

However, here's a video that shows Shadow Warrior 2 at 4K@60FPS with NVIDIA's Multi-Res Shading enabled.