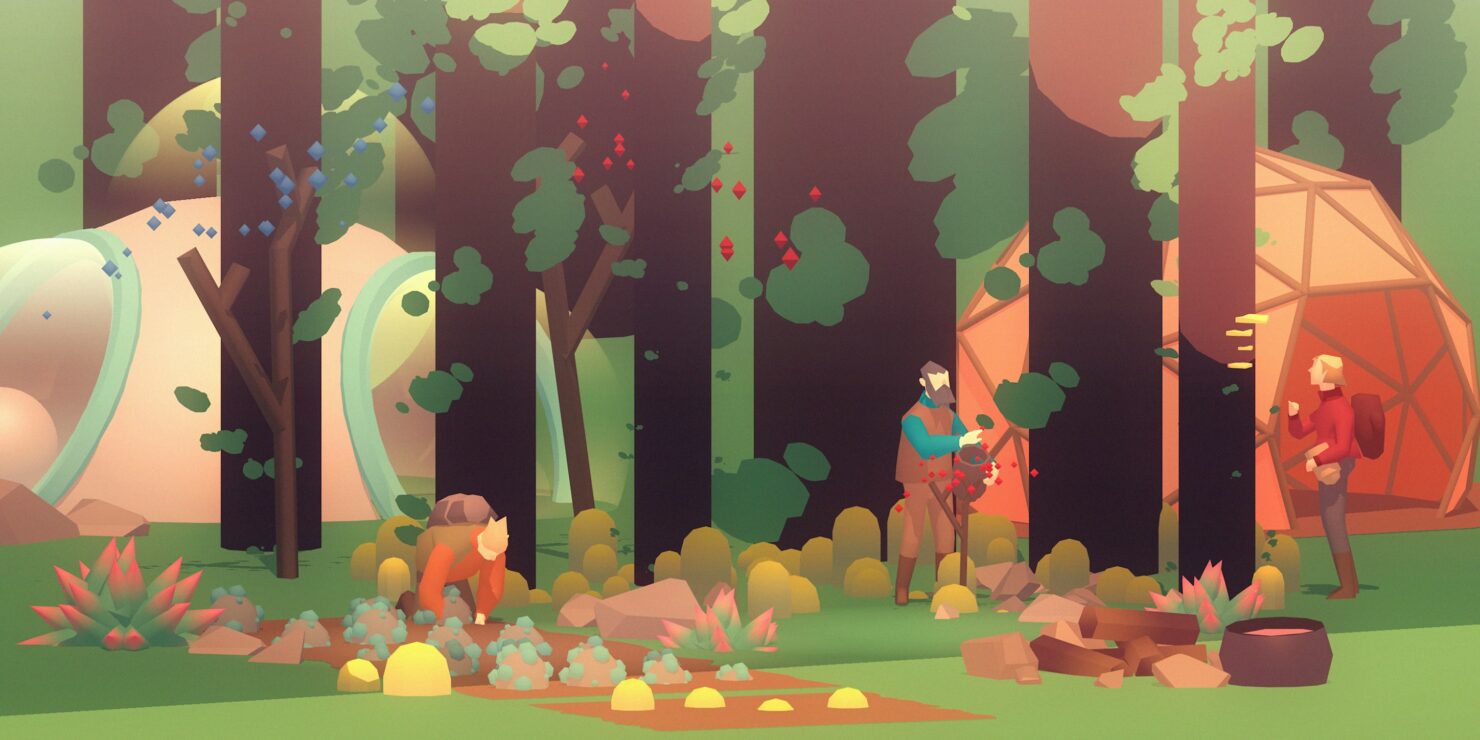 Almost a month and half ago I spent a good couple of days at EGX. During this time I got to look at a number of games. A fair few of these I've covered, but with so many I haven't yet had the chance to talk about. On my first day there I spoke to and looked at a number of titles linked to SpatialOS, an impressive platform from Improbable.

The first title I looked at was Seed, by Klang Games. Klang Games started an impressive five years ago and at that point was a labour of love by three developers who were working on EVE Online at the time. What's incredibly interesting about this game is the plans it has in place on how you actually work in the world. 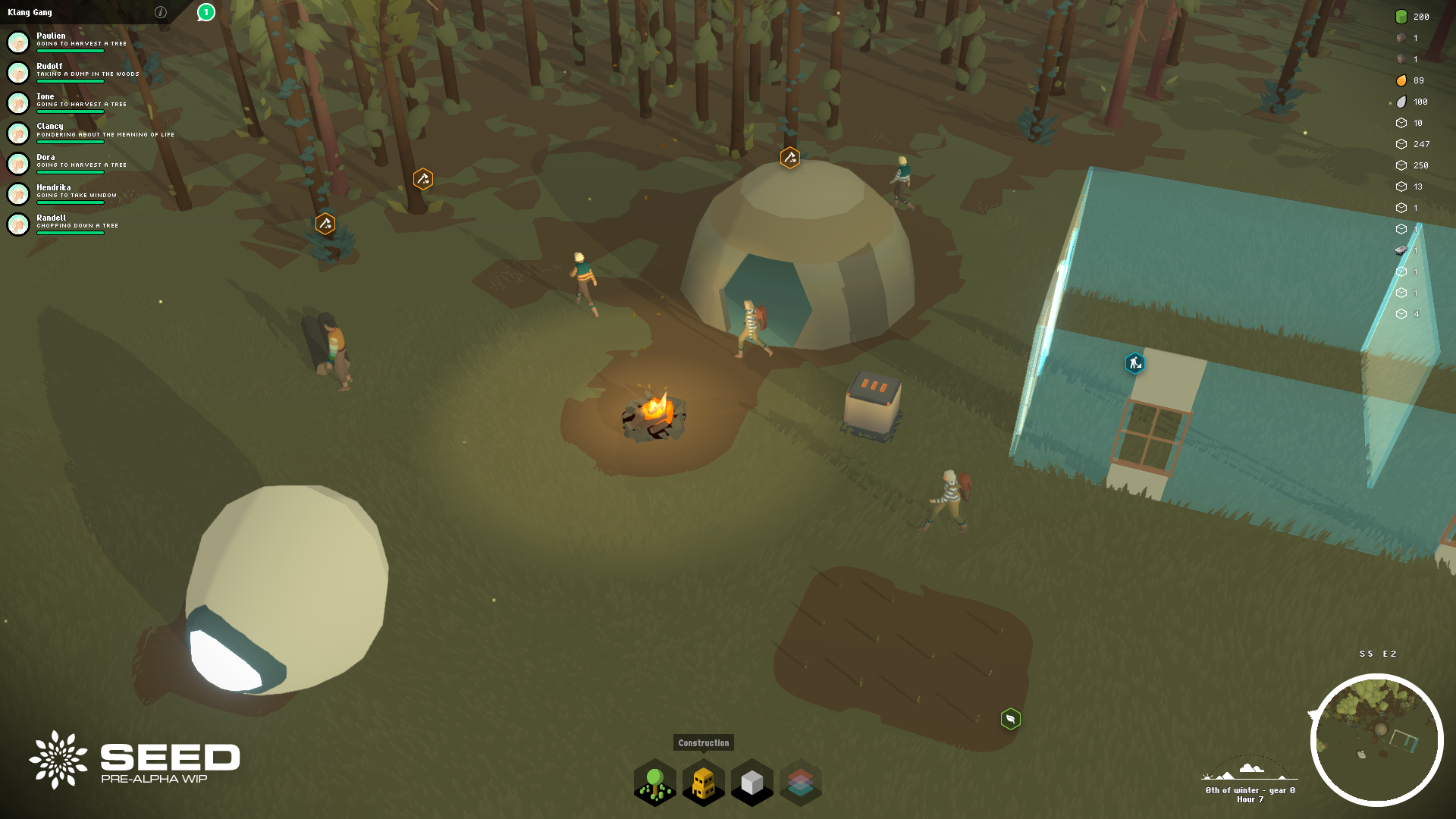 Seed was described to me as a colony based game in a similar vein to Dwarf Fortress or Rimworld. As such, rather than controlling the specific people within your colony, they are completely controlled by AI. You, of course, will be able to nudge them in a certain direction without giving direct orders.

One of the major features of Seed is the permanence of the world you inhabit. When you're in-game you'll be guiding your colony, setting things to build, setting up businesses and arranging production lines. You are, of course, not the only colony in the world. As you expand and the world expands with the number of people playing Seed, your colonies will merge with others. Much like how the real world developed, villages combine and merge into towns. These towns become cities.

This is the major USP of Seed. Unlike other colony builder games, it's an MMO. As you merge and grow, your control will still be of a limited number of characters. More important is the fact that as you are logged off, your characters stay and function in the game world while you're offline. While you're offline, I was told by a member of Klang that you would have the ability to defer control of your characters to other players.

You'll even have the ability to hire other players’ characters to man your factories, farms and such. These characters, as yours will be limited, will be the fuel of the economy and world. Your expertise may be in the gathering of resources. You will mine the stone and chop the wood. This can then be sold onto somebody who processes these raw resources and then sells them onto somebody who manufactures them into the components that make up the buildings in the world. 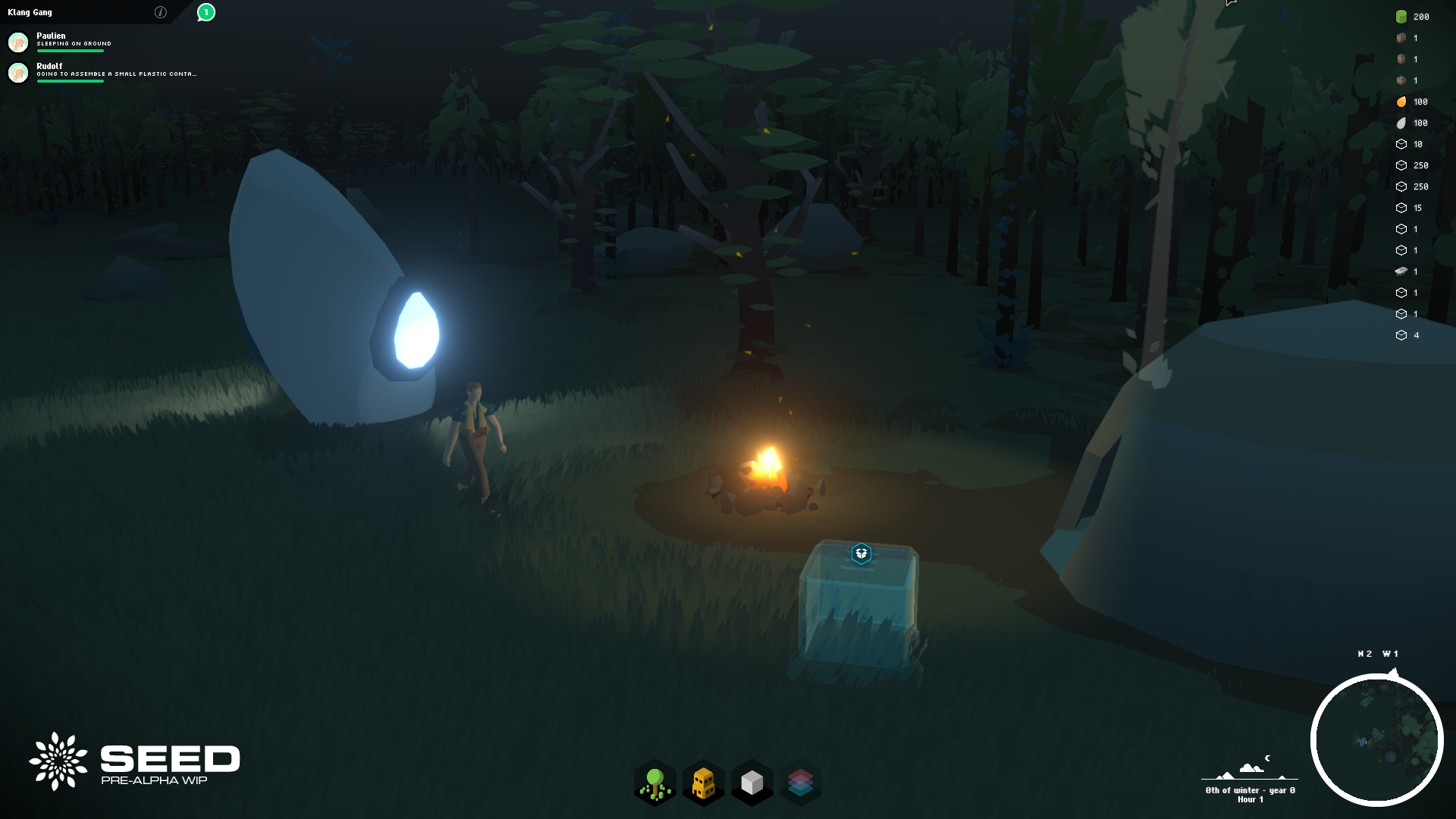 Klang also aim to give the ability to keep in touch with your characters while you're not inside the game. The aim will be to interlink the PC title with a mobile application. This application will allow you to keep an eye on characters stats on your phone. In addition, there will be an aim to link to the in-game chat through the phone application.

Including these is one other incredibly interesting part of Seed. Klang aim to use seed as a tool for understand society as a whole. There will be a number of systems in place that control the communities that are created. Trade that has a direct impact on the world and the finances but where communities set their own prices. Furthermore, they can even completely remove themselves from the global trading system (think North Korea).

Of course there is a risk of conflict between communities. I directly asked this question when talking to Oddur Snær Magnússon, one of the co-founders of Klang. During the conversation he indicated that combat will of course be included, much like you would find in the real world. Combat and conflict will be slow and require a significant amount of effort and resources to mount an attack on another person’s colony. For defence, you will of course be safer in a group and larger community.

One other incredibly interesting part of Seed is the systems of governance that controls the world. Klang have been working with a Harvard law professor, Lawrence Lessig, on a way of setting virtual laws that these virtual characters will have to follow. Each community will have their own governance style. From a dictatorship to a monarchy, possibly even Democracy.

The scale of such a game is impressive to even think about. This is where SpatialOS comes in. SpatialOS allows the cheap and efficient use of processing power which scales to the size of the game. As more players play the game, the world will grow as needed. The more active a particular area of the game is, the more processing power is dedicated to it. Essentially, rather than having fixed costs for the developers, these will scale as needed.

At the time of writing, Seed was hoping to enter a closed beta early 2018. I, for one, am looking forward to it. The concept of effectively rebuilding civilization from the ground up, working with and against other players, sounds incredibly compelling.