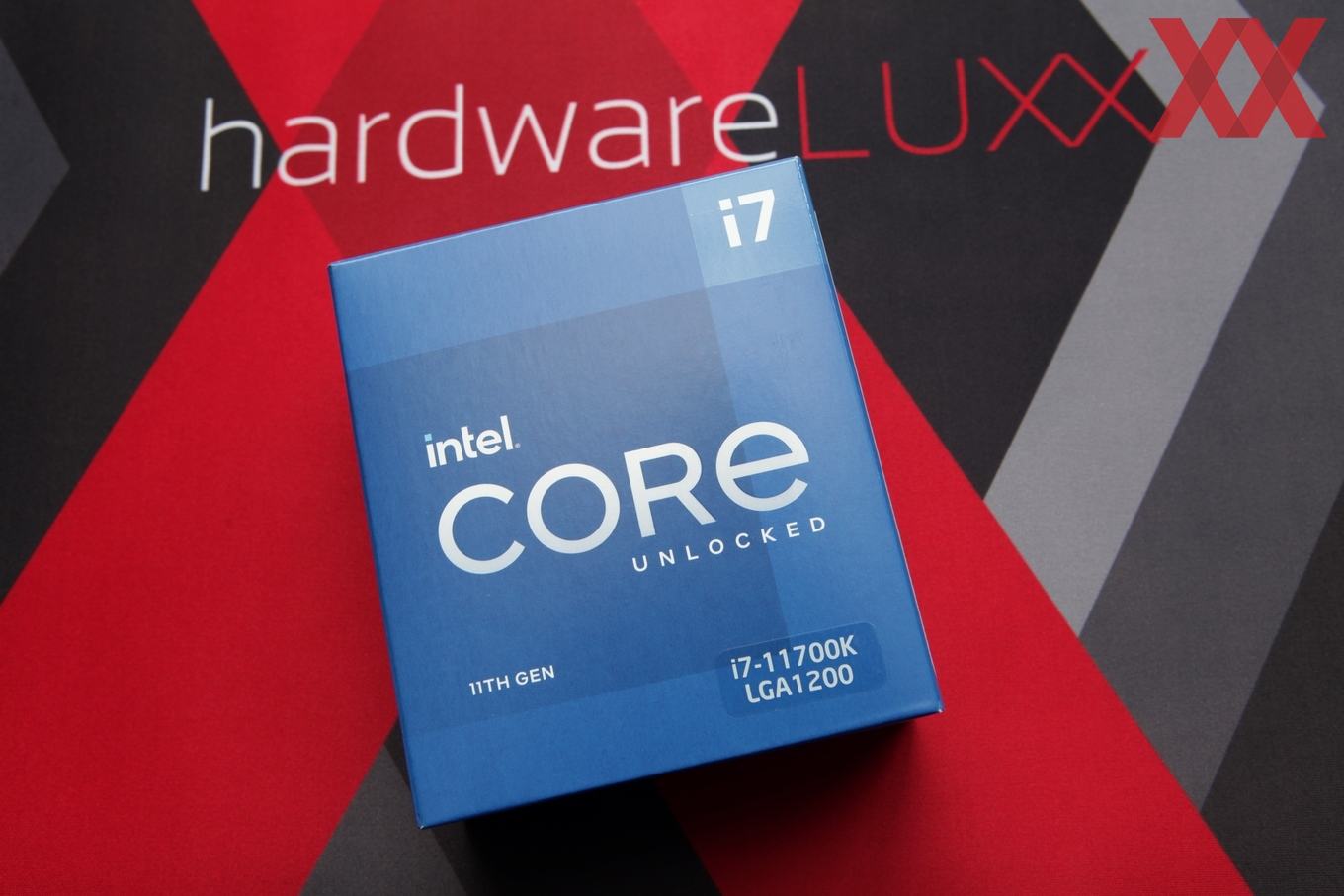 An early review of the Intel Core i7 10700k was posted by Andreas Schilling over at HardwareLuxx (via Videocardz) and is the second such publication after Anandtech's review. As always with early reviews keep in mind that unless the final bios with the release microcode ships, while these numbers will likely be very close to the final performance - there is still some room for potential improvement.

With that said let's dive in. The Core i7 11700K tested is a retail part that was purchased by Hardwareluxx and combined with a Asus ROG Maximus XIII Hero Z590 motherboard and DDR4-6400 RAM. The chip tested was able to hit an overclock of 4.9 GHz  - which is a pretty impressive overclock considering the maximum power draw recorded by Andreas was 195W. It's worth adding here that the reason why Anandtech numbers are so high is because they tested AVX512 loads,  which is never used in typical day-to-day usage. In Hardwareluxx's testing, the 195W limit was also only sustained for a short time before it switched back to 125W. 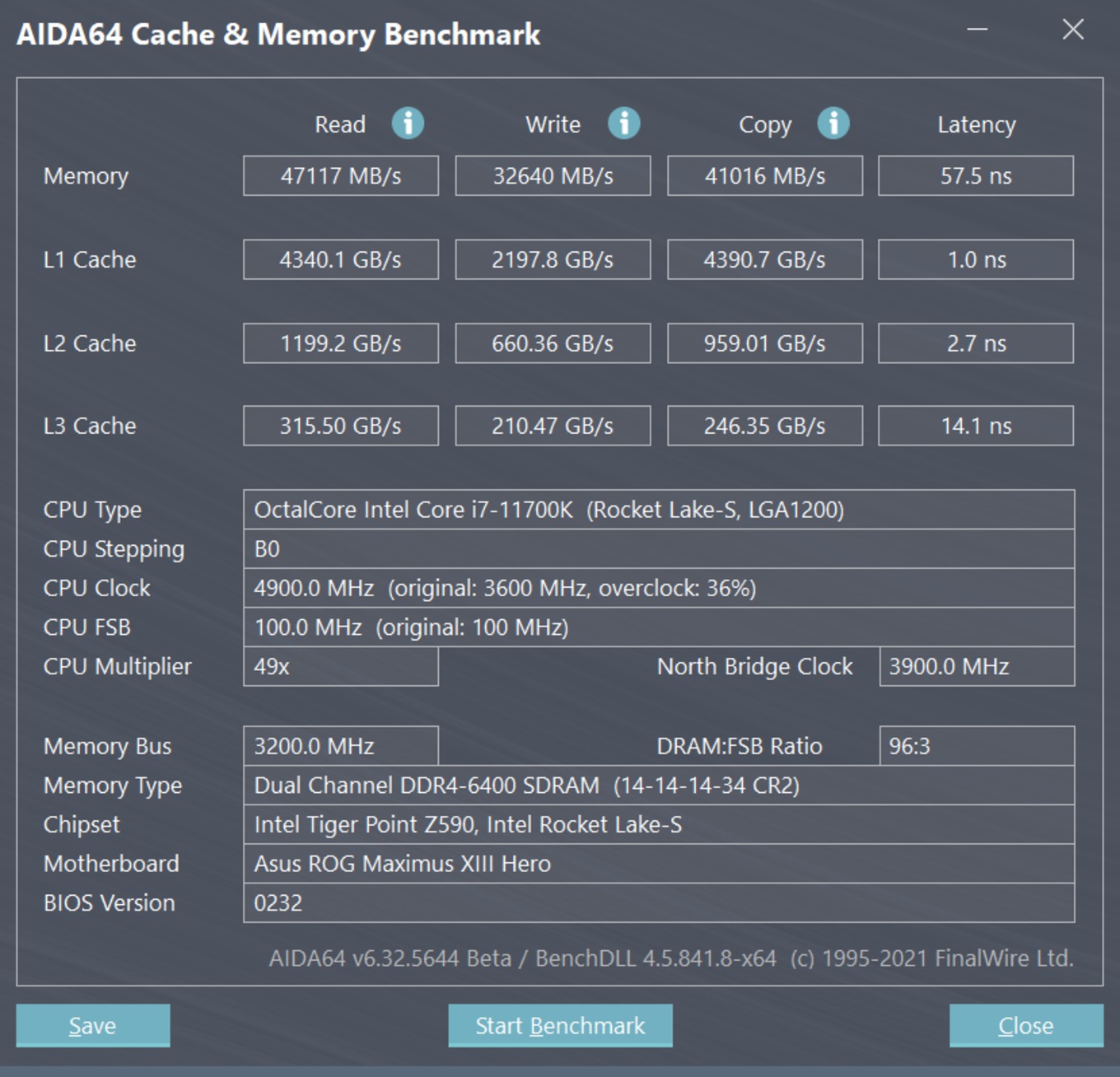 The Rocket Lake sample can be seen here with a turbo boost speed of 4.7 GHz on all cores with a vcore of 1.214v. RKL is based on Cypress Cove cores and is allegedly targetting an IPC increase of around 18%. It will also be the first platform to feature PCIe 4.0 and the first Jim Keller (the guy who designed Zen) part to hit the market from Intel.

The Intel Core i7 11700K trades blows with the Ryzen 5800X, winning some and losing some while being one node behind - which is quite impressive. The AMD Ryzen 9 5950X however remains the performance king. That said, the latter is suffering from availability issues due to the bottleneck at TSMC and gamers can only really buy what is available. The 11700K scores significantly higher than the Core i7 9700K while being on the same node - which once again shows off the IPC gains Intel has managed to work in. 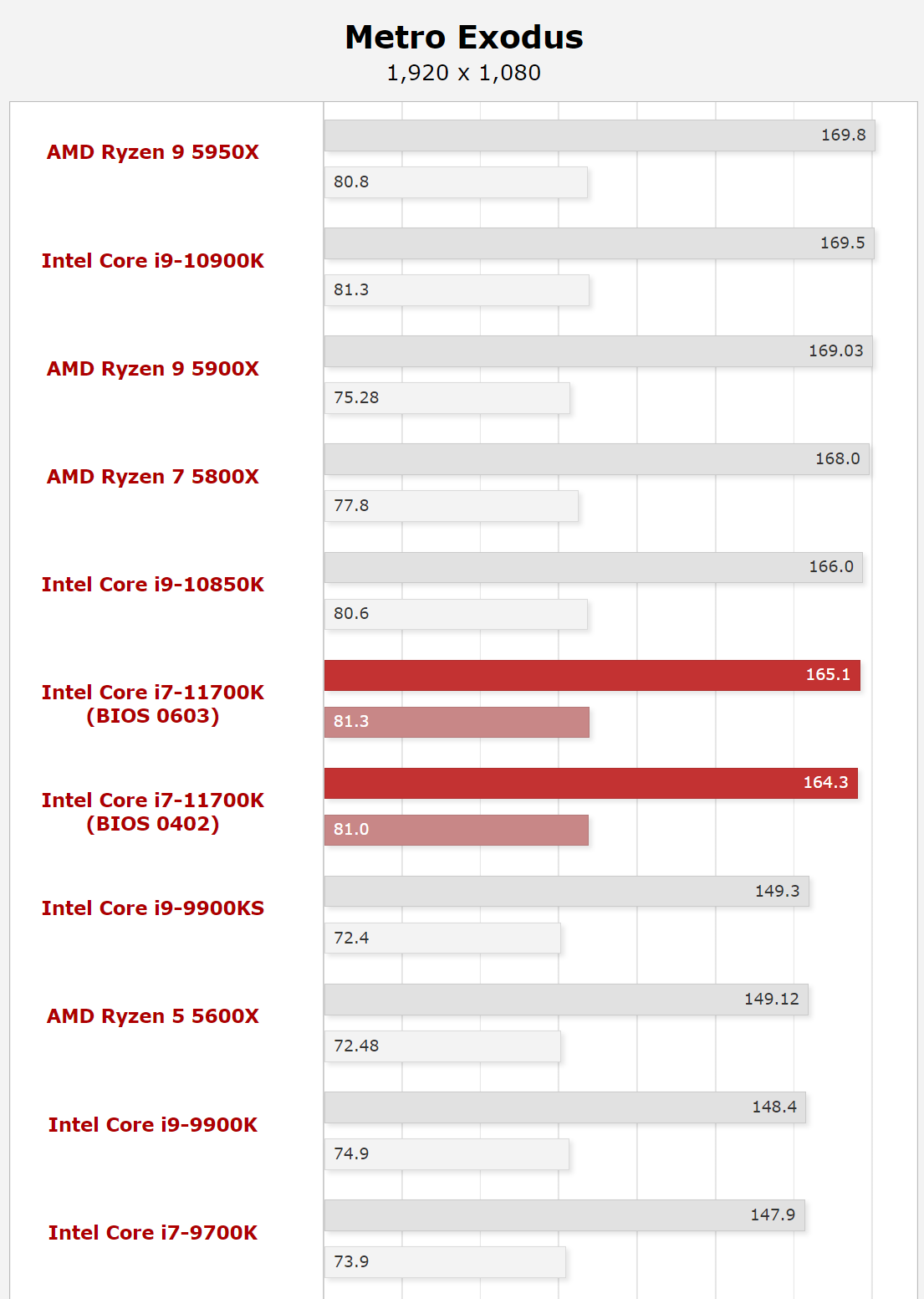 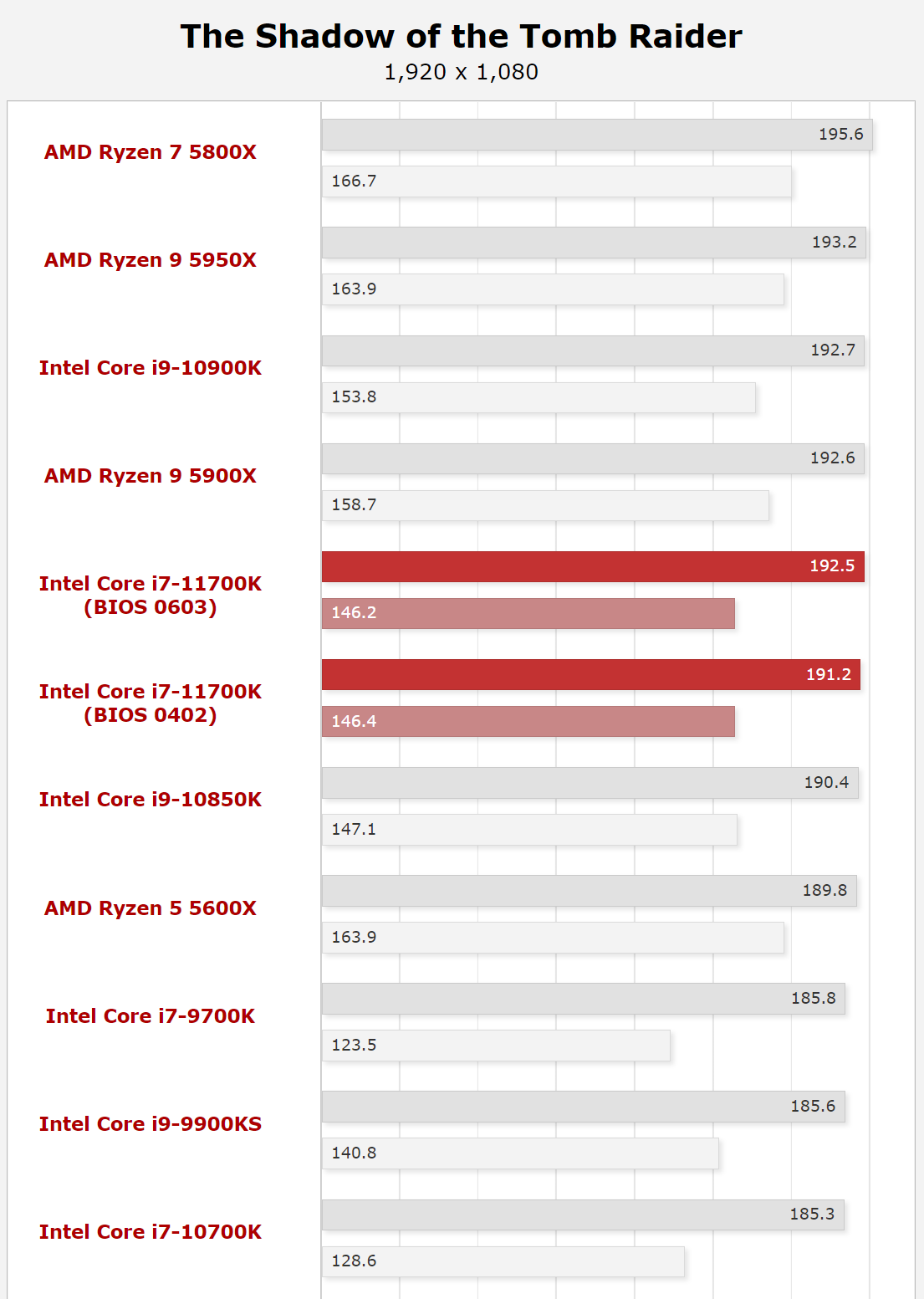 Intel's 11700K actually beats out AMD's processors in Battlefield V - which is not surprising considering the historical performance of Intel processors in this title (and why you must look at a much larger bucket to get an idea of average gaming performance). 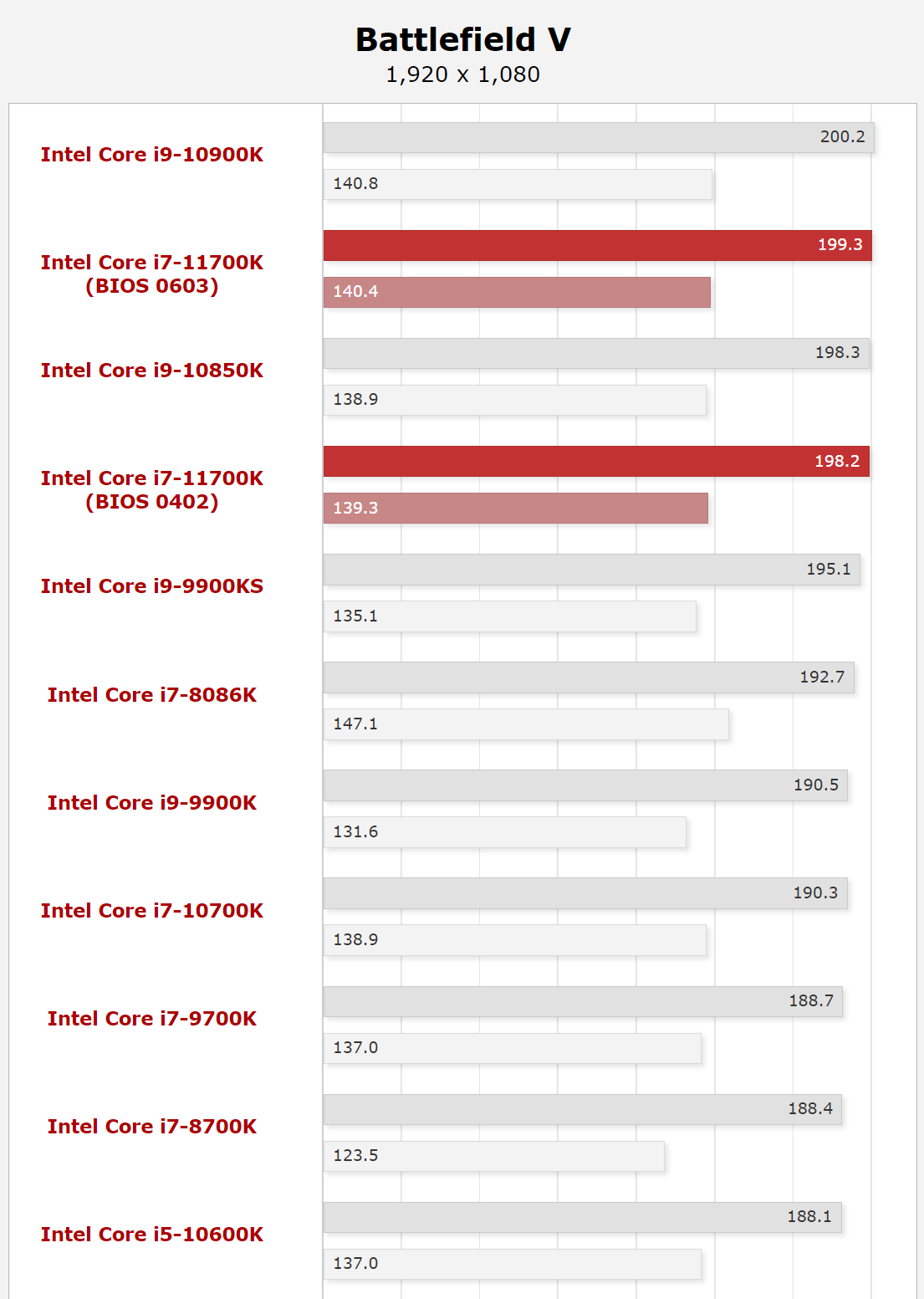 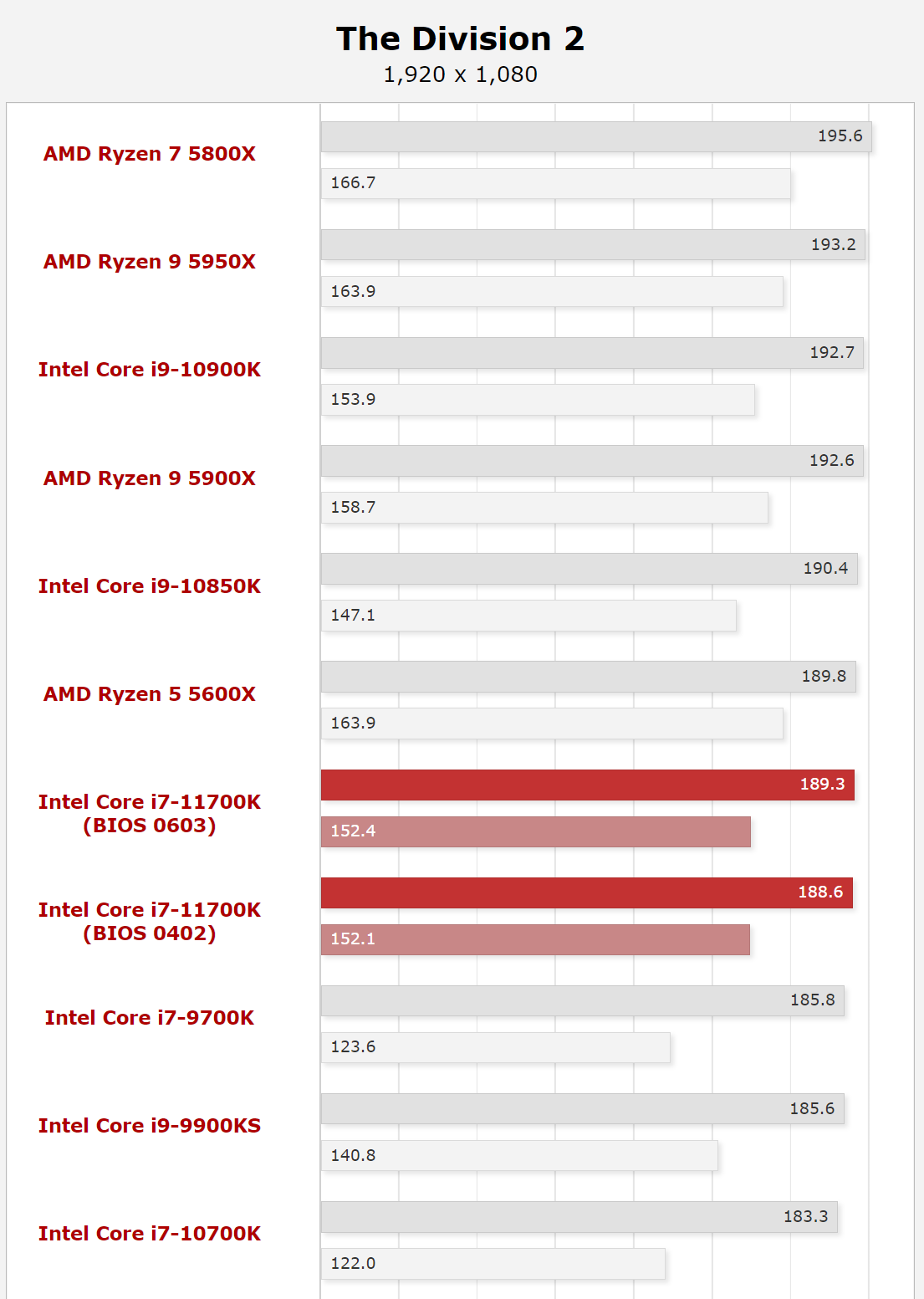 Hardwareluxx's Andreas Schilling had the following to say about the processor:

In Battlefield V, the Intel processors usually look quite good and this also applies to the Core i7-11700K. In Division 2, Metro: Exodus and Shadow of the Tomb Raider, the Ryzen processors still have the upper edge. […]

The power consumption does not explode in the way it was feared – at least not with the Core i7-11700K. We’ll have to look at what this will look like with the Core i9-11900K. At the same time, the GPU temperatures, be it those of the package sensor or those of the individual cores, remain within the scope of what is a solvable task for a good cooler.