Season Interview – Scavengers Studio on Their World, PS4 Possibility, and Developing in 2020 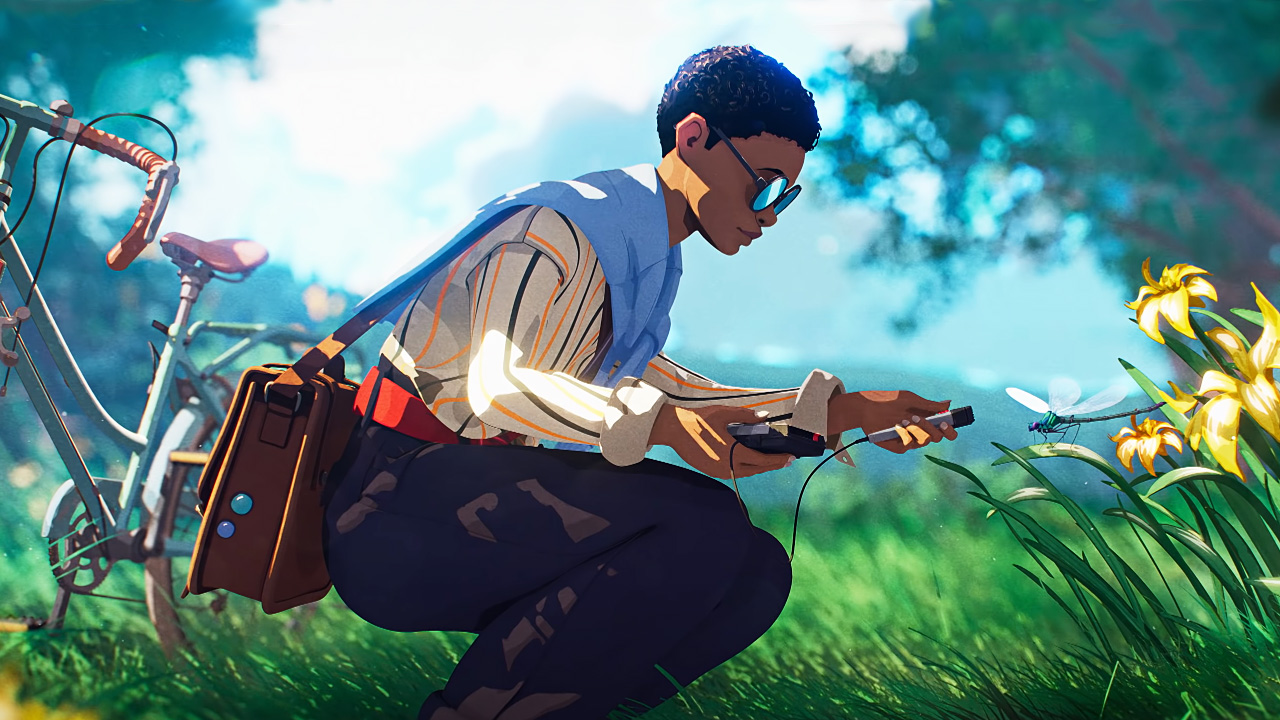 Season was one of The Game Awards’ most pleasant surprises. The game is the work of the small, scrappy Montreal-based developer, Scavengers Studio, yet it managed to stand out amongst many much larger, better-funded games. Of course, the fact that Season was specifically announced for PlayStation 5 helped garner some extra attention as well.

Described as an “atmospheric adventure bicycle road trip game” by its creators, Season tasks players with exploring a tranquil, yet slightly uncanny world somewhat reminiscent of the movies of Studio Ghibli. Most people would get a lifetime to explore the world, but our protagonist only gets a season due to an impending cataclysm, hence the game’s title.

So yes, Season is promising, although beyond its unique premise and pretty visuals, there are still a lot of things we don’t know about the game. Thankfully, I recently got the chance to ask Season creative director Kevin Sullivan about his game’s world, whether we can expect a crossgen release on both PS5 and PS4, developing in 2020, and more. Scroll on down for the full interview…

You’ve described Season as taking place in a fantasy world that’s “unknown, yet familiar.” Can you elaborate a bit on the nature of this world?

It’s a reshuffled version of the mid-20th century. It seems like, technologically, they got up to the late 1970s or so. But it's a different world than our own in the sense that all the countries and cultures are made up. It has its own history that makes it feel like the past and the future at the same time.

How far into the realm of fantasy can we expect to go?

The philosophy is to treat things with a kind of emotional realism, even if it’s a fantastic element. A light touch is really compelling to me when it comes to fantasy elements. 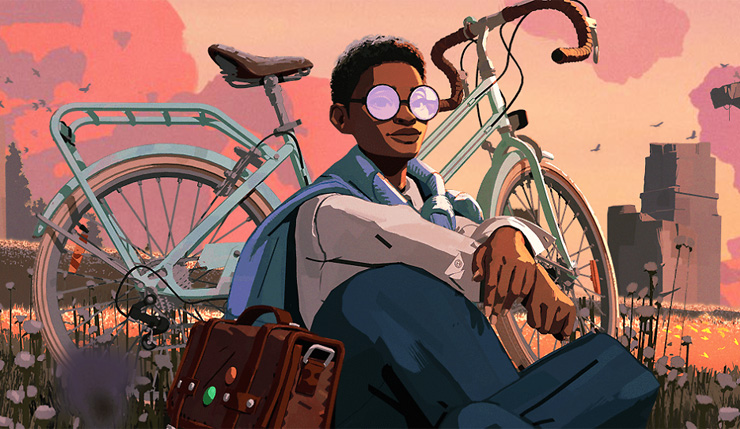 Can you tell us a little about your protagonist? Does she have a name?

She’s a traveler, which is a complex kind of role, to be a strong presence and yet to be apart, to absorb everything but to be also kind of extraneous. I can’t talk about her too much yet, since it’s part of the story we want you to discover.

You’ve said you’ll be collecting artifacts and recording information about the world, but will players have a goal beyond that? Can we expect more structured stories and missions?

The world is changing as you pass through it, so there are stories and quests that are happening at the present moment as well.

How is the world of Season structured? Is it a full open-world or more level-based and episodic? How large is it overall?

This will be unveiled down the road! 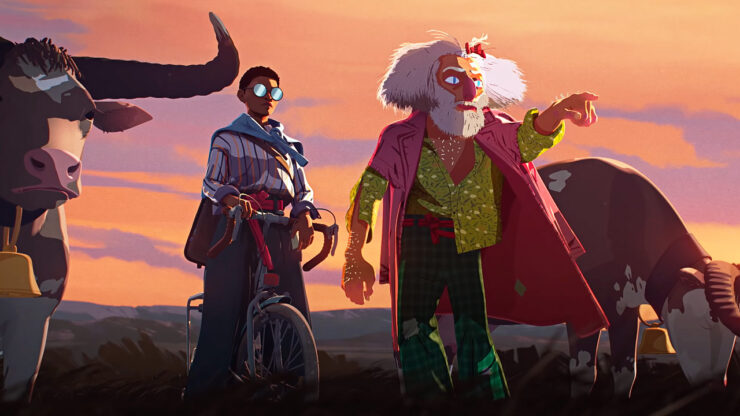 What were some of your inspirations for the world of Season? There definitely seems to be more than a touch of Studio Ghibli in there. The young person setting out into the world on their bike also brings to mind Pokemon.

I think from what we’ve shown so far, [Ghibli and Pokemon] is one of the base vibes that makes it approachable. Season’s world also draws a lot on the 20th century, different bits of history and art. We want it to be surprising and unique as you uncover it, so we’re kind of still on the surface here and I can’t say too much yet!

I feel like the theme of trying to preserve information about disappearing cultures will be particularly resonant for Indigenous people, and yet I didn’t see a lot in the trailer that spoke directly to that. Is that something you’re being mindful about?

For sure. It’s an ambitious theme to take on and we have a lot of humility in exploring it. We’re trying to capture a particular feeling, and concentrating that feeling into an experience that could maybe spark a little more interest or encourage people to put a more value on these issues than they would otherwise, ideally. Be sure to check out the work of the likes of [Indigenous writer and game designer] Beth LaPensée if you haven’t. 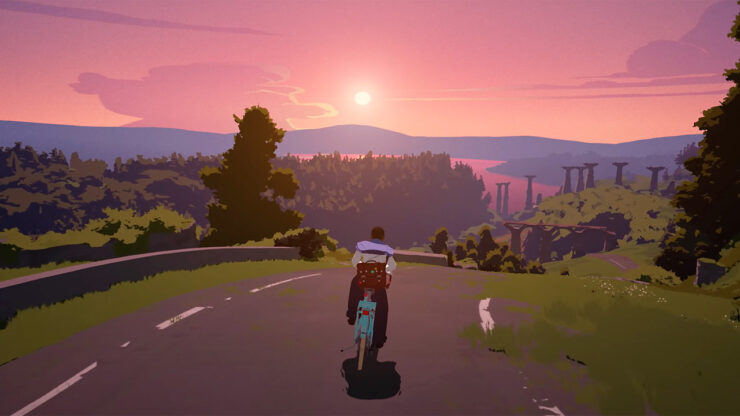 We know Season is coming to PC and PS5, but some PR has simply said the game is coming to “PlayStation.” Is a PS4 version in the works as well?

While we are focusing on making the most of the new features of the PS5, we do not close the door to releasing the game on PS4 eventually.

Are you making any unique use of the PS5’s DualSense controller?

We are working with the PS5 controller and prototyping different possibilities.

The Steam page for Season lists the game as “Coming Soon.” What kind of release window are we looking at?

We don’t have a release date yet. 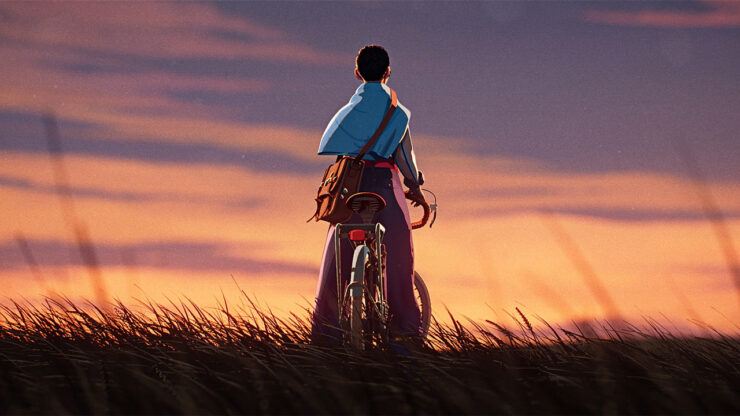 Season felt like a breath of fresh air when I first saw it during The Game Awards, which is something I think a lot of people need after 2020. Did the challenges of the past year influence or affect the development of the game at all? How are you hoping this game hits people?

We’ve switched to working remotely so that’s been a challenge for sure. We’ve had the direction and the story of the game going for a while, so it’s not in response to this last year but it does seem a little more relevant in certain ways. I want to wander away outside somewhere else, somewhere I’ve never been before. I don’t want to just avoid our own world, I want to have somewhere else to think about it from. So, I hope the game is both an escape from and a place to digest what we’ve been going through.

I look forward to the trip! Thank you for taking the time to answer our questions.

Season has been announced for PC and PS5, and, as stated, a release window has yet to be set.