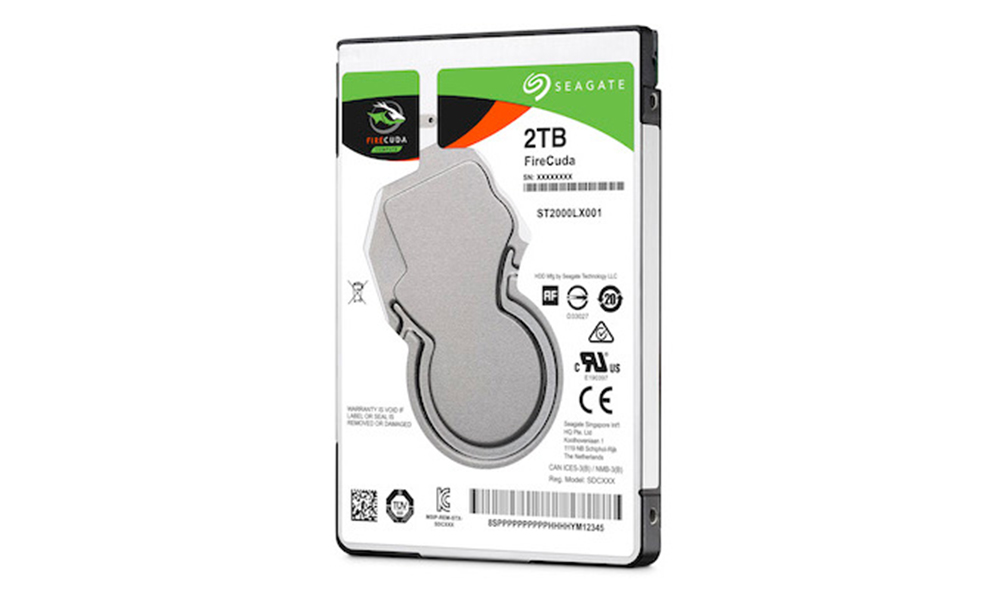 To provide a combination of both speed and adequate storage, the Seagate FireCuda SSHD drive has been announced and comes in a total of three storage models. According to the pricing details, all three models fit in the $100 price bracket, and we’ll get to the details in just a bit.

Though the purpose of an SSHD allows you to experience both decent speeds and an ample amount of storage, I actually feel that Seagate skimped out on providing a decent amount of NAND flash memory inside its latest storage products. There are currently three models available: 500GB, 1TB and 2TB storage drives and all of them feature just 8GB of MLC NAND flash storage. If the FireCuda models had their MLC NAND flash increased as they bump up the storage, then it would have been a good purchase.

Instead, the only advantage you’re getting while purchasing the 2TB storage model is more storage at your disposal. Still, according to the company, the FireCuda SSHD is able to transfer data at an average rate of 140MB/s, which is not so bad, but most companies carry out these data transfer tests in very ideal environments. These environments will obviously be different compared to the configuration that you’re running, so expect different data transfer speeds when you’ve made up your mind to purchase this drive.

As for the pricing, Seagate has stated that the 1TB FireCuda model retails for $70, while the 2TB version will cost around the $100 mark. One major perk of owning the drive is that it possesses the 2.5-inch form factor, which means that it can be accommodated in your laptop as well as your desktop. Still, having more NAND flash memory inside the SSHD is something I really want to see from future drives like this. With regular SSDs getting cheaper, there’s naturally going to be no competition if manufacturers continue to skimp out on providing more flash memory for its SSHD products.