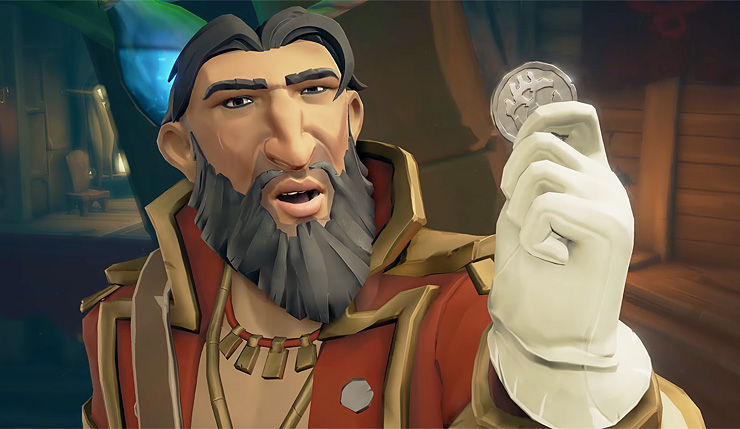 For a game about living the life of a bloodthirsty buccaneer, Sea of Thieves is a relatively friendly game. Sure, PvP is possible, but it isn’t really pushed in a major way. Well, that’s about to change, as Rare announced The Arena, a new competitive PvP mode, during Microsoft’s X018 Inside Xbox Special. You can check out a trailer for the new mode, below.

The Arena will be a full standalone mode – once it launches, you’ll be able to choose Adventure or Arena from the Sea of Thieves main menu. In other words, those who still wasn’t the more chill experience will be able to sidestep The Arena altogether. According to Sea of Thieves executive producer Joe Neate, The Arena will condense everything about the game down into a more compact, PvP-focused shorter-session experience.

Announcing #SeaOfThieves: The Arena - a new competitive game mode coming in 2019. Prove your worth in the game's fifth free content update, test your pirating skills against other crews and impress the new Trading Company - the Sea Dogs! Watch the trailer: https://t.co/i0fV8i6ALW

The Arena will also introduce a new tavern social area and a trading company known as the "Sea Dogs," who will provide players with new goals to chase and rewards to unlock. Sounds like a fairly exciting update! I'm more of a co-op man myself, but it only makes sense that Sea of Thieves should include a more full-fledged PvP option. What do you bunch of scalawags think? Ready to get competitive in the Arena?

Sea of Thieves next update, Shrouded Spoils, drops later this month and will include a new fog mechanic and expanded ship customization. You can get more details on that, right here.

Sea of Thieves is currently available on PC and Xbox One.