Who does not know of Minecraft, the game is like Mario's younger brother. Gaining fame from its first PC version, Minecraft has now spread across almost all the existing operating systems and gaming platforms. Minecraft has not yet joined the family of current-gen games, but soon it would become available on PlayStation 4 and Xbox One consoles. 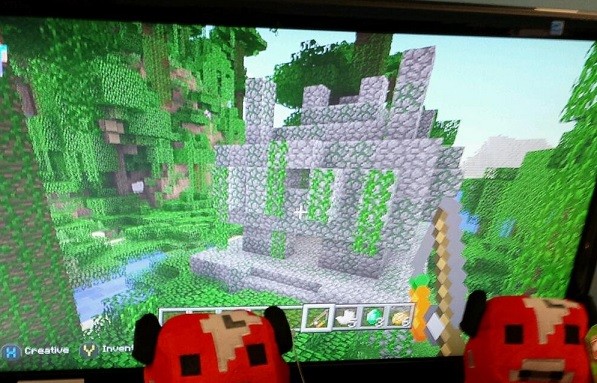 PlayStation 4 and PS Vita versions of Minecraft have no details yet. However the developer has just revealed the first picture of lovely new Minecraft running on Xbox One. 4J Studios Tweeted the picture on its profile with a caption saying, "Look at these lovely baby Mooshroom plushies!" You can watch the first Minecraft Xbox One picture below. 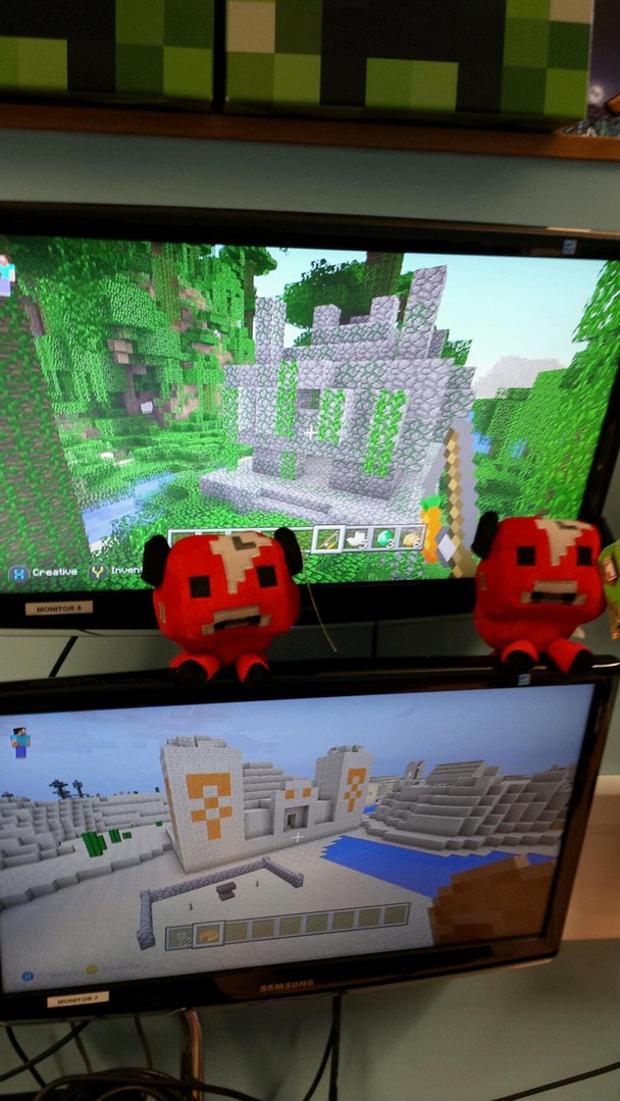 It is clear that the picture is of the Xbox One version of the game because X and Y buttons prompts on the top display screen are different than the Xbox 360 version of the game. The picture contains two TVs, the plushies are placed on top of the lower TV, which seems to be displaying the next updated version of Minecraft Xbox 360.

Minecraft Xbox 360 Update 14 would feature the old randomly-generated structures that came with the 1.3 update of the game. Minecraft would be released on PlayStation 4, Xbox One and PlayStation Vita in 2014.