Evaporating water is found to be a rich source of renewable energy which can go from lighting up a small LED to as far as powering a miniature car. Scientists have proven this in the US recently that evaporating water is highly useful for this purpose. This new technology literally has the potential to help power many different areas including vehicles, industries and homes. With just the help of constantly evaporating water, which covers about 3/4th of the whole world, renewable energy could benefit us all and the best thing is that it will create the required power without emitting greenhouse gases and will probably lead to a dampened effect on global warming.

"Evaporation is a fundamental force of nature," lead researcher Ozgur Sahin from Columbia University said in a press release. "It's everywhere, and it's more powerful than other forces like wind and waves." If the technology can be scaled up, his team believes we could one day place giant floating power generators on top of lakes, dams and rivers.

This could create an array of endless possibilities

This has been a long journey on part of the researchers since it wasn’t an easy task to figure out how evaporating water can be efficiently used as a powerful source to  generate electricity. But the actual progress was made when Sahin made an enlightening discovery for all. His research discovery explained that common soil bacteria spore’s contract and swell in result to moisture changes in the environment causes a force to be exerted on objects triggering them to be pushed or pulled towards the soil. Sahin performed the experiment by stucking Bacillus subtilis spores onto thin strips of tape which contracted when the air around was dry and also showed expansion when the air around was humid.

"Several of these strips together can contract with enough force to lift small weights of 0.2 lbs to 0.7 lbs [0.09 to 0.3 kg] – 50 times the weight of the strips themselves," writes Kiona Smith-Strickland for Discover magazine. 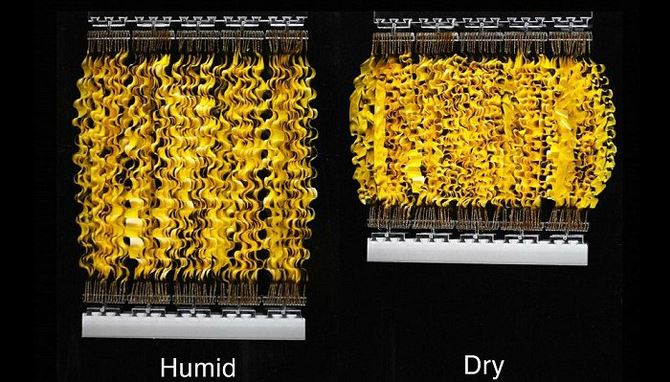 Hygroscopy driven artificial muscles were the strips which were used commonly called HYDRAs. They were used to build a shuttered structure that can easily float on water. The expansion of the tape causes the opening of the tape eventually drying up the device and the contraction does the whole process the other way around.

"When we placed water beneath the device, it suddenly came to life, moving on its own," said Xi Chen, a postdoctoral fellow in Sahin's lab.

The researchers used the opening and closing of the device as a fundamental piston, linking it to a generator which produced sufficient electricity that can be used to light a small LED light.

"We turned evaporation from a pool of water into light," said Sahin. Chen speculates, "that an improved version with stickier plastic tape and more spores could potentially generate even more power per unit area than a wind farm".

Let's hope for the best and if this technology does in fact prove to be as powerful in the longer run as it is now then we could have a winner in the run for renewable energy sources.