Shrinking one of the most elementary components of modern electronics is something researchers have finally managed to do. Creating the world’s smallest diode and the fact that it was created just out of a single molecule of DNA is amazing. The diode is so tiny that seeing it with the naked eye is out of question and you can’t even see it using a normal microscope.

To understand the whole concept in a better way, first let’s look at what diodes actually are and how they work. Diodes are basically electronic devices which make current to flow in only one direction in a device. So we can simply understand how essential the device is since it is moving the current flow in lots of commonly used electronic devices and is also used in millions of modern day silicon chips. The problem that is still hindering the progress is the devastatingly large size of these diodes which needs to get smaller in order to increase their processing power which is exactly where the DNA part comes into play. 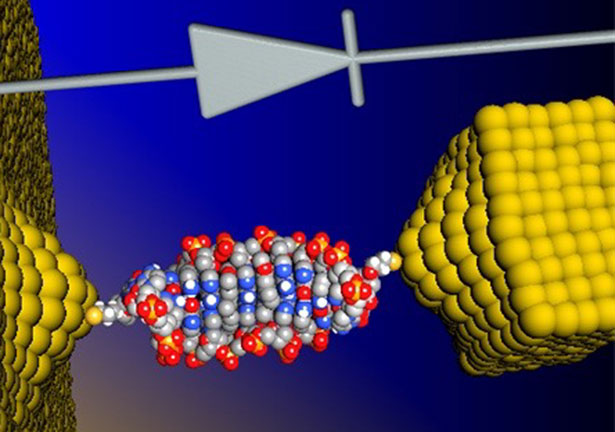 "For 50 years, we have been able to place more and more computing power onto smaller and smaller chips, but we are now pushing the physical limits of silicon," said lead researcher Bingqian Xu, from the University of Georgia. "Our discovery can lead to progress in the design and construction of nanoscale electronic elements that are at least 1,000 times smaller than current components."

Since researchers wanted to create single celled structures, following that very stance, Xu and his entire team analyzed how DNA is the most suitable option because it’s highly diverse and is extremely programmable as well. The problem with using DNA as the major structural component is that the researchers are still unsure of whether this would control the flow of current in a way that diode needs to. A diode needs to block the current in one direction completely so that the current can flow in the other direction in the maximum strength possible just to be efficient. 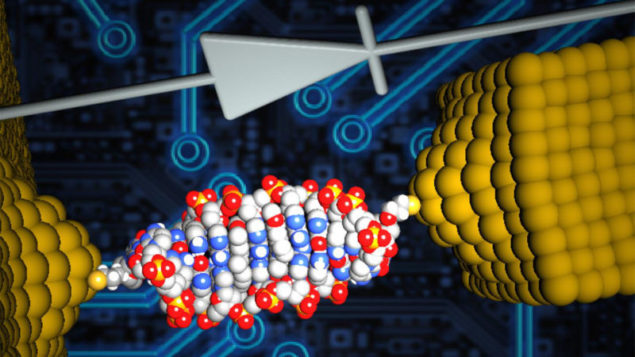 The researcher’s team took a single strand containing 11 bases when they first considered DNA for the same task, they later on added a molecule known as coralyne into the helix structure while connecting the whole thing to a small rather tiny looking electronic circuit (not more than a few nanometers long). To the researchers’ surprise, the DNA that was used turned out to be an amazingly better diode, which had the current flow through the molecules for negative charge to be 15 times greater than the positive voltage.

"This finding is quite counterintuitive because the molecular structure is still seemingly symmetrical after coralyne intercalation," said Xu.

Even though the results were just fine, DNA didn’t really worked as efficient as the team expected just because some other single molecule diodes have been working previously were just beyond amazing. But it is still a step forward and we hope they reach their mark soon. Let us know what you think about the device in the comments below.

be quiet! Announces the Dark Rock TF 2 CPU Cooler with a Top-flow Design