Here’s How To Schedule Messages Without Jailbreaking Your iPhone

Scheduling messages to be sent at a later time is a really helpful tool. However, the stock Messages app on iOS does not allow you to do that. While there are many jailbreak tweaks on Cydia that lets you do exactly that, but a lot of iPhone users do not possess a jailbroken status. Moreover, restrictions imposed on third-party apps also disallow them to schedule messages. However, there is an app that helps users schedule their SMS text messages. 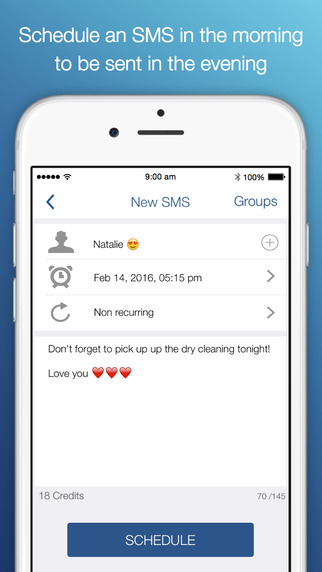 Delayd is a third-party app that will allow users to schedule messages to be sent at a later time by bypassing Apple's app restrictions. By devising a specific time in Delayd, you can pend your text messages. The app does exactly what its name suggests, it simply delays the messages until the specific time set by the user. The messages would be automatically sent and unlike other apps, it would not prompt any confirmation notifications. 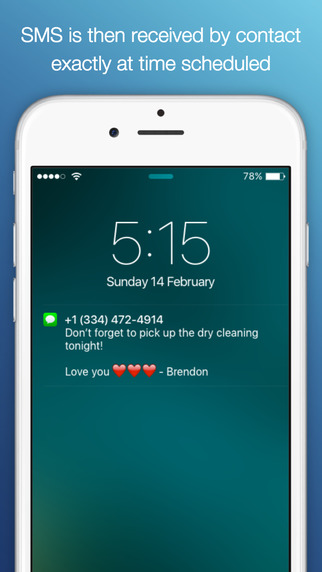 However, due to restrictions imposed by Apple, the app cannot operate using your iPhone's default network. Instead, Delayd uses its own servers to send messages. The caveat associated is that the recipient cannot reply back directly. Moreover, the recipient cannot see your real number as well. However, you can always add your number, name or email address in the message to make it more recognizable for the recipient. Since Delayd uses its own servers, you will have to pay for credits to operate the app. The first 50 credits after you have installed the app are free. If you need more, you can purchase 50 more for $0.99 and 500 credits for $3.99 as in-app purchases. 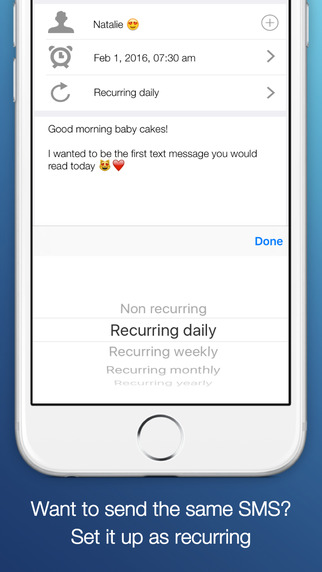 If you want to send a certain message to someone at a specific time, all you have to do is simply set a date and time which will be adjusted by 15 minutes. Then hit the schedule button and that's it. Once the message has been delivered at the other end, you will be notified.

Furthermore, Delayd also lets you schedule messages periodically. This states that you can send various messages at different intervals. Delayd is a neat app with a clean layout and all tabs, Schedule, Recurruring and Sent are placed on the main screen of the app. You're wrong if you think Delayd only schedule messages. The app has the capability to schedule status updates on Facebook, Tweets on Twitter as well as sending emails. Henceforth, it is a very useful app indeed that would minimize the risk of your forgetfulness.

This is it for now, folks. Do give this app a whirl and share your views about it in the comments.