How To Scan Jailbroken iPhone, iPad For XcodeGhost Malware

Here's how jailbroken users can use Pangu's online tool to check for XcodeGhost malware on their iPhone, iPad or iPod touch.

XcodeGhost really managed to put Apple in hot waters in the security world, as it was the first ever instance of malware making its way past Cupertino's strictly guarded wall and straight into the App Store. But thankfully, Apple acted in a swift manner and removed all the apps and games which managed to slip past the company's radar.

Apple recommends developers that they validate their installation of Xcode to make sure that they're running a legit version of Cupertino's developer tool. And those who installed an app that has traces of XcodeGhost, don't panic, as Apple will inform you if you've been affected.

What if you're jailbroken? Don't worry about that either, as the Pangu team has launched a new tool online, which allows every jailbreak user to check and see if their device is infected with XcodeGhost, and we'll show you how to make it work.

How To Scan Jailbroken iPhone, iPad For XcodeGhost Malware

1. Open this webpage on your iPhone, iPad or iPod touch using Safari: x.pangu.io 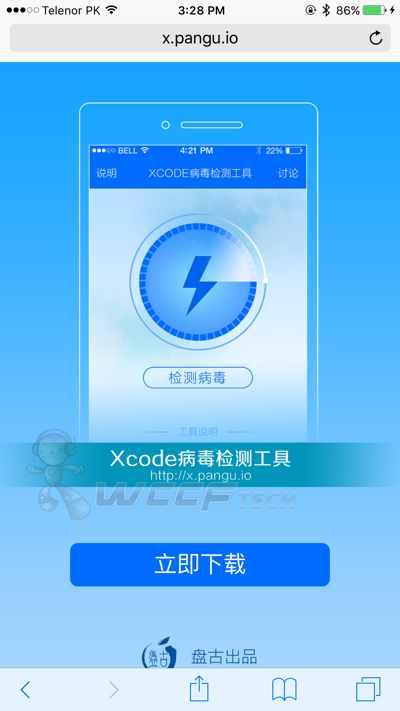 2. Now tap on the bright blue button at the bottom of the page. This will install a profile on your device, therefore go ahead and accept all the on-screen prompts. 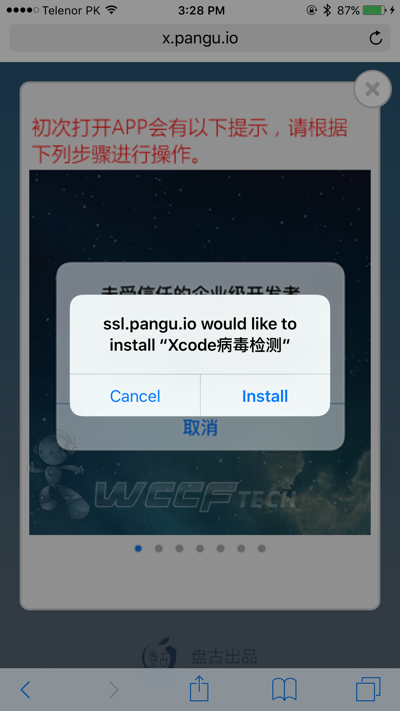 3. Now you need to trust Pangu's tool on your device. Navigate to Settings > General > Profile. Over here you'll see a profile named 'Shenzhen Avaintel Technology.' Tap on it and then tap on 'Trust.'

4. Press your iOS device's Home button, and on your home screen, you'll see Pangu's new app installed. Tap on it, and then tap on the blue 'Xcode' button at the center of the display.

Within a few seconds the tool will tell you if your jailbroken iOS device is infected by XcodeGhost or not.

All jailbreak users are highly advised not to install apps or tweaks from Cydia that come from shady sources, and opt for the official repositories no matter what. Malware and compromised security are the last things you want to stand facing at the moment, as hackers tend to take nasty routes to extort money from users and hijack their devices for their own ill intentions.

We recommend all users to be as careful as possible from here on is, and do whatever they can to protect themselves from everything that lies in the dark side.