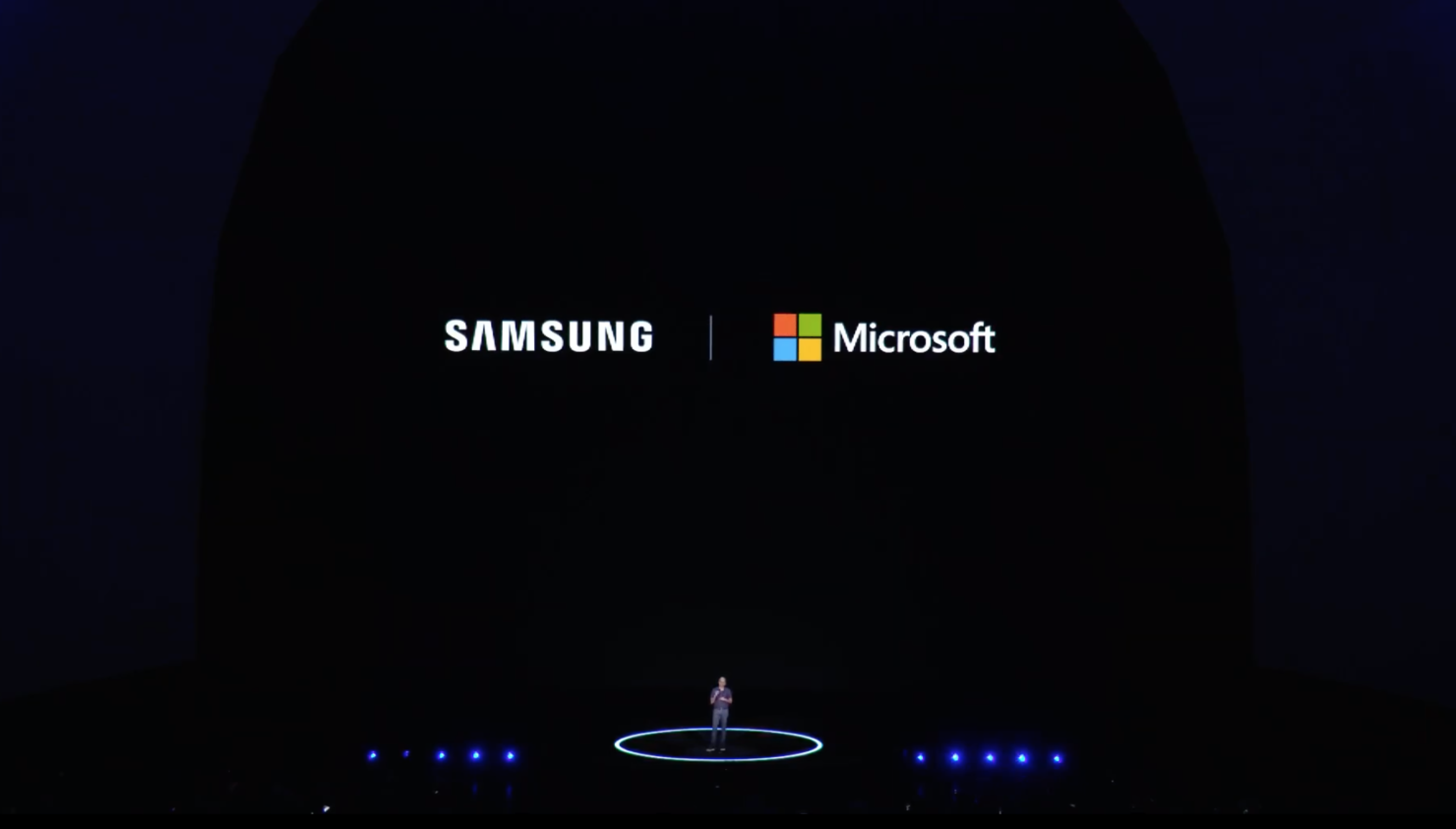 As reported earlier, Microsoft did take the stage at today's Samsung Galaxy Unpacked event. The Windows maker, however, surprised everyone as Satya Nadella himself was at the event, sharing news about the new partnership with Samsung calling the company's phones "powerful, innovative new devices."

Microsoft CEO joined Samsung on stage in New York City at the Galaxy Unpacked event to share what it calls "a vision for the future of productivity." The Windows maker is also hinting at more of these collaborations in the future, possibly with other major phone companies in an attempt to help Android makers create an Apple-like ecosystem.

"We are excited to announce that the new Samsung Galaxy Note10 phones will help you get more done right out of the box, natively integrated with best-in-class productivity apps and services from Microsoft including OneDrive, Outlook, Your Phone app, and access to Word, Excel and PowerPoint," Microsoft says.

The company says the combination of its "intelligent experiences with Samsung’s powerful, new devices, including Galaxy Note10 and Galaxy Note10+, make this a reality."

Microsoft says that it will deliver the new Phone screen feature to Galaxy Note 10 users later this month that will allow them to access their Android phone’s apps right from their PC while using keyboard and mouse, or touch screen.

"Users can try out multi-touch gestures such as pinch to zoom, rotate, or swipe from their PC’s touchscreen while using Phone screen," Shilpa Ranganathan, the Corporate Vice President, Mobile & Cross Device Experiences said.

As I demonstrated at the event today, whether it’s messaging someone, requesting a ride, scrolling through friends’ updates or ordering dinner, your phone’s screen will be available directly on your PC.

Later in the year, Microsoft will also deliver the ability to make and receive mobile calls directly from your PC. "This is the start of an amazing collaboration between Microsoft and Samsung,” Ranganathan said on stage.

Some Microsoft apps will come bundled with Galaxy Note 10

Samsung will now be selling its latest Galaxy Note 10 with Office apps like Word, Excel, and PowerPoint preinstalled. Samsung will also be revamping its DeX interface to enable its users to plug a Galaxy Note 10 into a Windows 10 PC and bring up the Phone screen with all of your phone’s apps on your device.

Samsung #GalaxyNote10 ?PC. Working seamlessly together, so you can focus on what you love ?. #SamsungEvent pic.twitter.com/NywmwNnBBL

If that wasn't enough about this partnership, the Windows maker said that it will be selling the Galaxy Note 10 in its own retail stores - which isn't the first time as the company also sold Galaxy S9 in its stores. Microsoft has also announced a preorder offer with up to $150 in Samsung credit and six months of Spotify Premium.

The question is whether this and similar future partnerships will help Microsoft enable Android makers to beat the iPhone maker by offering a convenient ecosystem or annoy their own users by turning too Apple-ish - if that's a thing.

Is Microsoft-Samsung partnership bad news for Android users or a good way to attract iPhone users?

- More details about this parternship over at the official blog post.