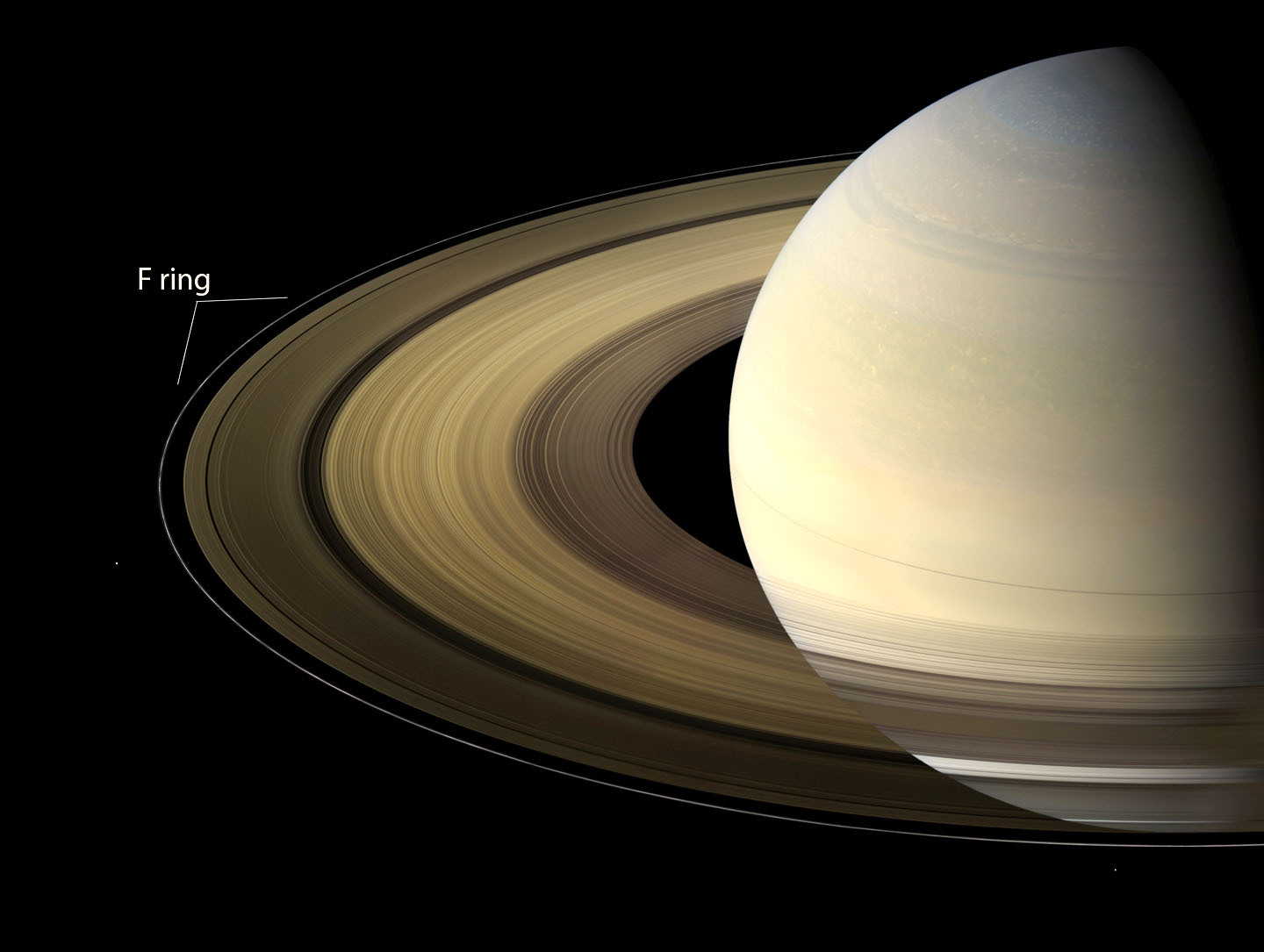 NASA’s Cassini spacecraft has captured something unusual in one of the rings of Saturn. The planet known better known as the “Jewel of the Solar System” is best described by NASA as, “With shimmering pinks, hues of gray and a hint of brown, a newly released image of Saturn's rings resembles a fresco where nature is the painter”

The rings of Saturn are only about 30-300 feet (9-90 meters) thick. They wrap around the planet for distance of 175,000 miles (282,000 kilometers). While they are made up of trillions of particles of rock, dust and ice which are all orbiting Saturn. The speeds can reach up to thousands of miles per hour. There are different variations in the size of these particles; they can be as small as a grain or larger than a skyscraper.

The unusual sighting was a dent that was found in Saturn’s F ring (which is the outermost ring). The F ring is probably the most active of rings in the solar system. Researchers at NASA have seen its features changing over the course of a few hours. The disruption (as NASA calls it) suggests that the ring might have been disturbed recently. The disruption was probably caused by a small object embedded in the ring itself.

"There’s good evidence that there’s a lot of these sized bodies in the core of the ring itself, but you can’t normally see them because they’re covered by the dust cloud around them," John Weiss, a ring scientist in Washington State, told Fusion.

"But they’re in there, and every so often move across the ring space and blow a bunch of those dust particles out. This one was travelling faster than [3 feet (0.9 metres)] per second." 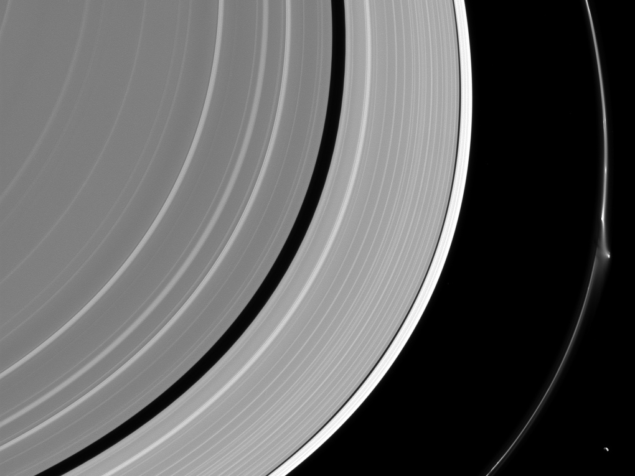 The collision of the mysterious object was pretty recent

Whatever the mysterious object may be, when it interacted with the stuff in the ring’s core it produced a feature which scientists call “jets”. These jets are according to astronomers caused because of the gravitational pull of one of Saturn’s moon, Prometheus.

"[Prometheus] acts as a cosmic shepherd, sculpting the F ring as it makes its orbit around Saturn," National Geographic writes. "But the moon’s route isn’t perfectly circular, and its uneven pull can create clumps inside the ring that then shoot out as jets."

The image was taken on April 8th and the collision happened just within a day or two before. So this collision is pretty recent said Weiss. It’s been more than two months now since the picture was taken and according to National geographic:

"The wound has just about stitched itself back up,"

"You get to expecting in planetary science for things to have happened millions of years ago, and you don’t think to ever get to observe things actively happening," Weiss said. "But that’s the kind of funky thing with Saturn’s rings. You can actually see evidence of things that happened yesterday, or the day before."