Sapphire has unveiled its brand new Radeon RX 6900 XT TOXIC Air-Cooled graphics card which will feature the same TOXIC performance in a triple-slot package. The model was confirmed by the GPU vendor over on its Facebook page.

This is the third Radeon RX 6900 XT TOXIC model that Sapphire is launching. The first two, the TOXIC and TOXIC Extreme have been out for a while but both feature a liquid-cooling design. It looks like Sapphire saw a demand for air-cooled variants too and decided to make one. The air-cooled variant is the result of that creation. 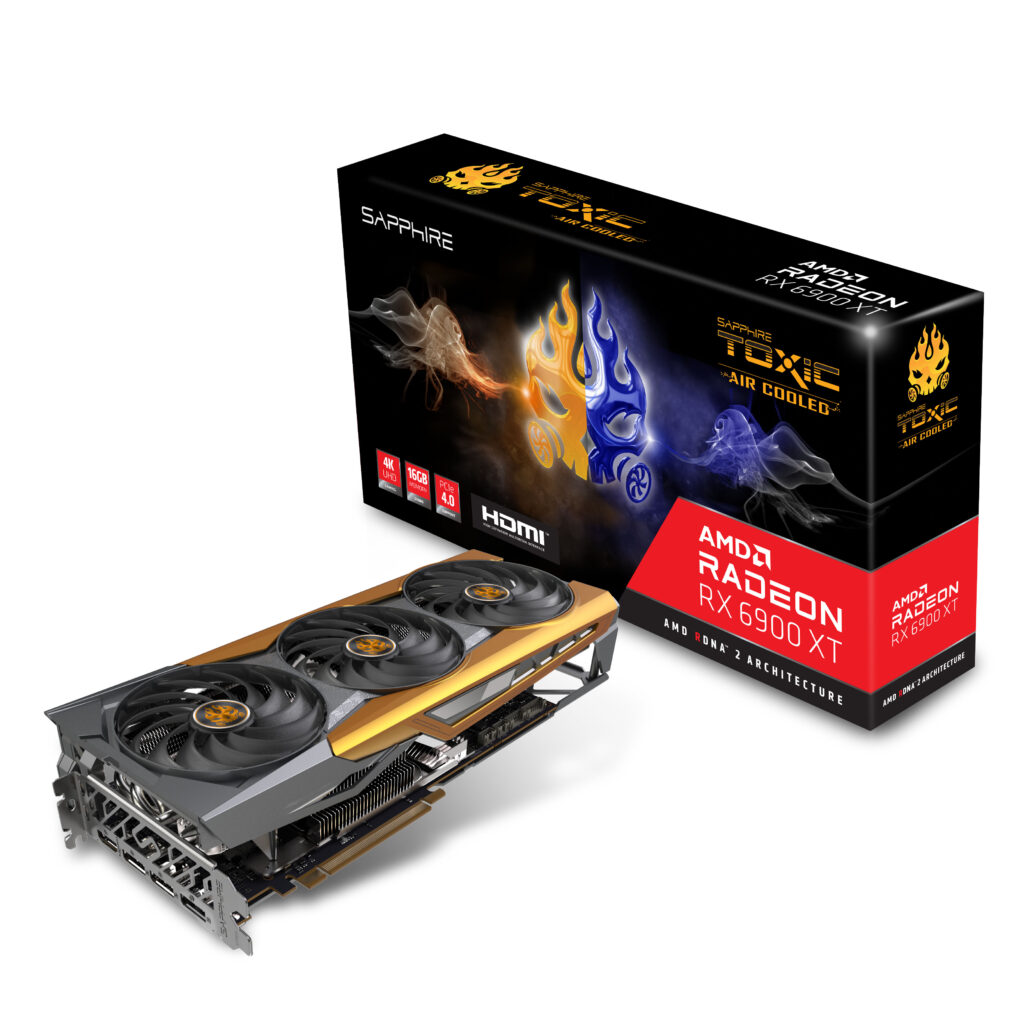 In terms of design, the card looks very similar to Sapphire's Nitro offerings but features a new Gold & Silver colored trim on the shroud. The rest of the design is largely similar with an extended back-plate, RGB on the fans, sides, and back logo, a standard 1x HDMI / 3x DP display configuration, the triple 8-pin power connectors, and a fully custom PCB design which would allow for some hefty OC.

Further details listed over at Sapphire's webpage reveal the specifications of the Radeon RX 6900 XT TOXIC air-cooled model. The card will feature clock speeds of up to 2425 MHz boost, 2235 MHz Game, and a TDP of 400W. While these clock speeds are lower than the TOXIC boost profile of the non-Navi 21 XTXH variant, it may be due to the air-cooling design while the card may still rock the Navi 21 XTXH GPU. There's 16 GB GDDR6 memory running at 16 Gbps standard speeds & the card measures 320 x 134.85 x 58.4 mm.

Following are some of the key features of the Sapphire Radeon RX 6900 XT Air-Cooled  graphics card:

The card could be launching soon with very premium pricing close to $1500-$2000 US. Expect more details from Sapphire in the coming days.