The Radeon RX 6900 XT Nitro+ from Sapphire is shown to be a massive triple-fan cooled graphics card. Two of the fans feature 9 blades each while the one at the end features 12 fan blades and as such, we can expect them to push lots of airflow towards the central heatsink assembly. 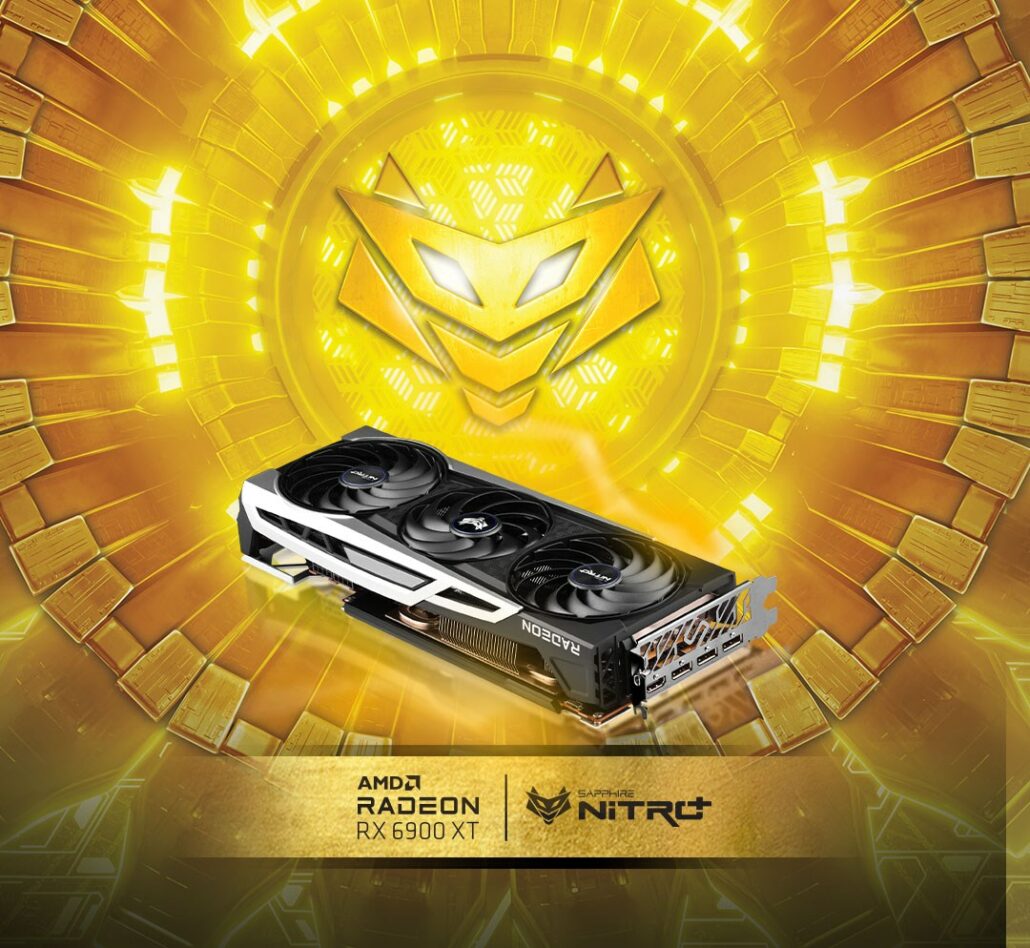 The card features a massive metal backplate and it does extend beyond the length of the PCB. There's a cutout at the backside to let air pass through the aluminum fins. You can also spot an RGB Nitro+ logo which looks great with the whole aesthetics of the card.

The card is said to feature a 2.7 slot design and from the looks of it, features a large aluminum heatsink beneath the shroud which features 6 massive heat pipes. The heatsink is made up of a Wave Fin design with V-shaped fins which allow more air to flow through it for efficient heat dissipation.

As for clock speeds, the Radeon RX 6900 XT Nitro+ card is rated at a boost clock of up to 2285 MHz which is a nominal 25 MHz factory overclock over the reference 2250 MHz boost clock. The Radeon RX 6800 XT Nitro+ comes with a much higher boost clock rated at 2360 MHz but given the custom design, we can expect the card to offer decent overclocking capabilities. Power is provided through dual 8-pin connectors but the TGP of the graphics card is rated at 340W. Display outputs include the standard 3 Display Ports and a single HDMI output.

Sapphire gave its Radeon RX 6800 XT Nitro+ an SE (Special Edition) treatment so we can expect the same being done for the Radeon RX 6900 XT Nitro+. The pricing of the card has not been revealed but expect it to cost over $1000 USD easily. Expect the card to hit retail in the coming weeks.