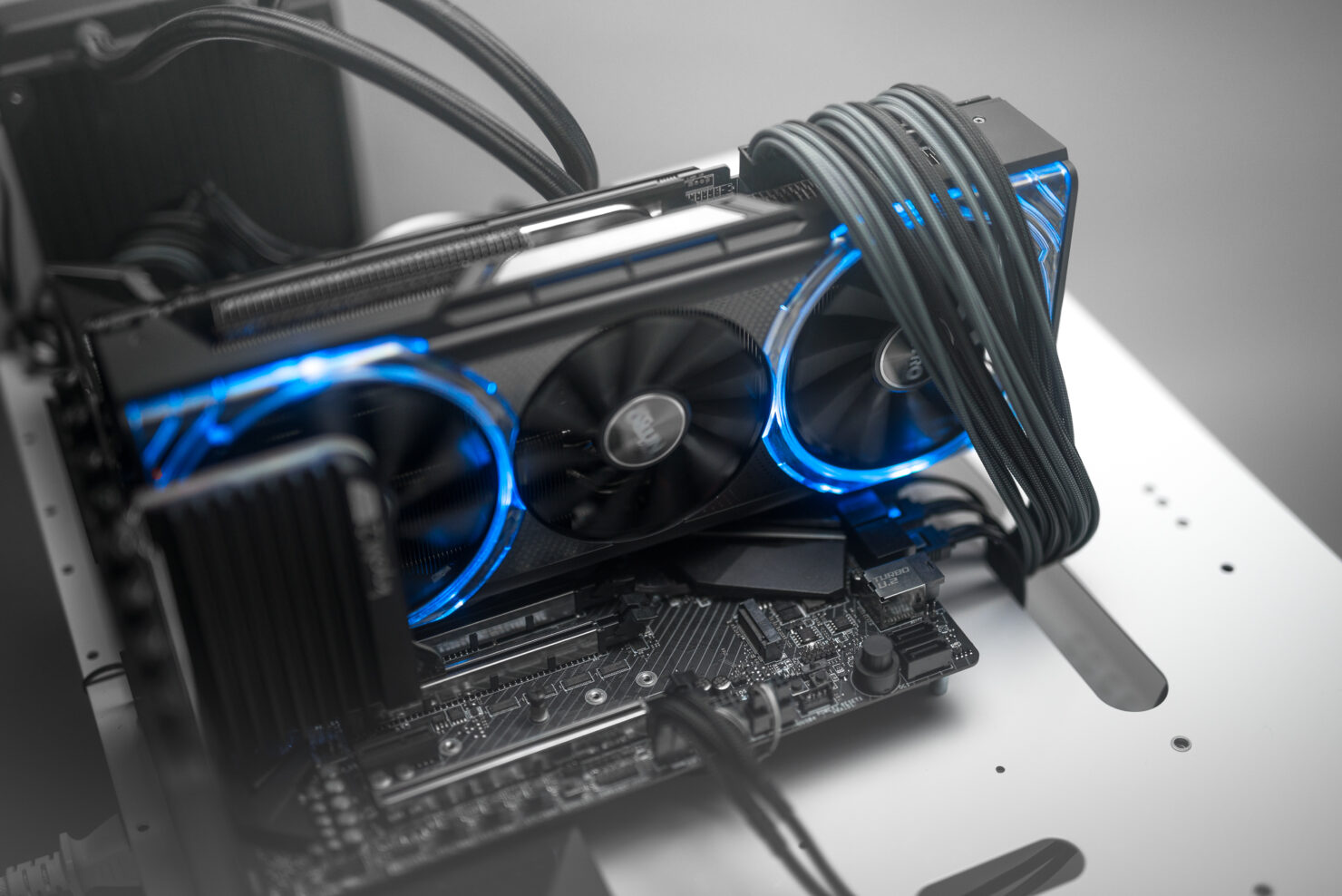 While Sapphire has already released their custom Radeon RX 5700 series cards in the form of the Pulse RX 5700 lineup, many are awaiting their top of the line custom variants, the Nitro series. The Sapphire Radeon RX 5700 series was hinted to be arriving soon but the company themselves have released the first teaser of the card over at their official Weibo handle (via Videocardz).

Only a portion of the model has been pictured which shows the card from its side. The teaser gives us many details of what to expect from the upcoming Nitro design. First and foremost, Sapphire is going with a new shroud design which has a silver color. We can see the shroud extends beyond the PCB and for good reason as it hides the massive elongated heatsink that rests underneath it. Another reason why this has been done is that Sapphire is using a triple-fan cooler and not a dual-fan cooler like the ones used on their Radeon RX 400/500 series lineup.

There seems to be two heatsinks block, both of which are interconnected by solid copper heat pipes and the heatsink itself is made up of densely packed aluminum fins. On closer inspection, we can see that the heatsink makes direct contact with the VRMs which should keep them running stable under intense graphics workloads. Talking about performance, the card should pack decent clocks out of the box considering it packs a custom PCB design.

Power is provided through dual 8-pin connectors and you can see that the card uses solid black capacitors. There's a backplate which runs all the way to the end of the shroud. A new addition to the Nitro series would be the use of RGB across the sides. Previously, the Nitro series did feature RGB across the fans and the side logo but this time, they have the Sapphire logo and the sides lit up with RGB LEDs. The fans and the backplate may also feature the RGB treatment but its too early to tell since we don't have more pictures of the card.