We are just a few minutes away from the official announcement of the Radeon R9 285 graphics card but it seems like someone over manufacturer Sapphire's website was misinformed and leaked the entire graphics card lineup prior to the event itself. The Sapphire Radeon R9 285 series lineup will feature six new variants which will include both reference and non-reference designs with 2 GB and 4 GB models available to consumers on 2nd September. 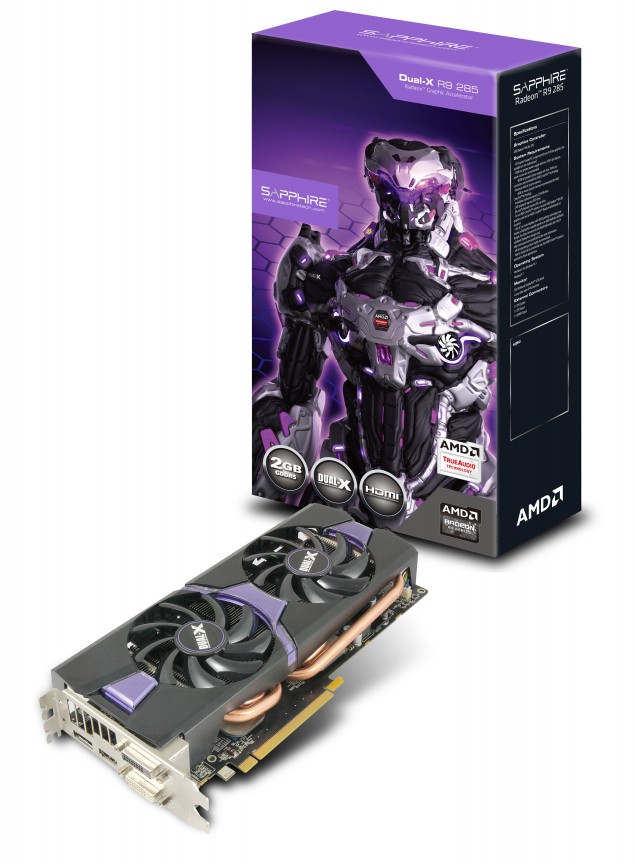 The Sapphire Radeon R9 285 will include four Dual-X variants along with two ITX compact variants. The M-ITX variants will be the first compact models from Sapphire which will feature a shorter PCB similar to the ASUS and MSI Mini-ITX and Gaming variants which have been met which a good response from the hardware community. The Radeon R9 285 Compact will feature a PCB measuring 171mm long and feature a single fan which will cool the heatsink assembly underneath it that utilizes a heatpipe design. The compact models will come in overclock and reference models.

The Dual-X model will be available in four variants, two 2 GB and two 4 GB models which will be available in reference and overclocked frequencies. The specifications of the Radeon R9 285 "Tonga Pro" based graphics cards are pretty straight forward now. For specifications, the card will 1792 stream processors, 112 texture mapping units and 32 ROPs. It  will be available in 2 GB and 4 GB GDDR5 variants with memory running across a 256-bit bus interface and the clock speeds are maintained at 918 MHz core and 1375 MHz memory which result in a cumulative bandwidth of 176 GB/s. The power is provided through dual 6-Pin connectors and display outputs include Dual-DVI, HDMI and a display port for all three cards. There’s another interesting thing regarding Radeon R9 285 that is the card makes use of AMD’s XDMA CrossFire technology. At the side of the PCB, we can see that AMD hasn’t featured Crossfire gold fingers but instead went with their XDMA route allowing upto 2 GPUs to work in harmony sharing an interconnect path via the PCI-e. This technology has already proved well for the Hawaii graphics cards and the reason why no other cards than Hawaii and Tonga feature this is because the rest of AMD’s lineup were rebrands of previous generation chips.

The Radeon R9 285 will be price in the $250 US range which means that Tahiti based cards will be receiving a major price cut as hinted previously to make room for the new cards otherwise having both Tahiti XT and Tonga at the same price will mean poor sales for the inferior product of the two. The card will launch on 2nd September and more details are expected in a few minutes when the event starts. We have a live blog set up just for you which you would be willing to take a look at for live updates regarding the event here. 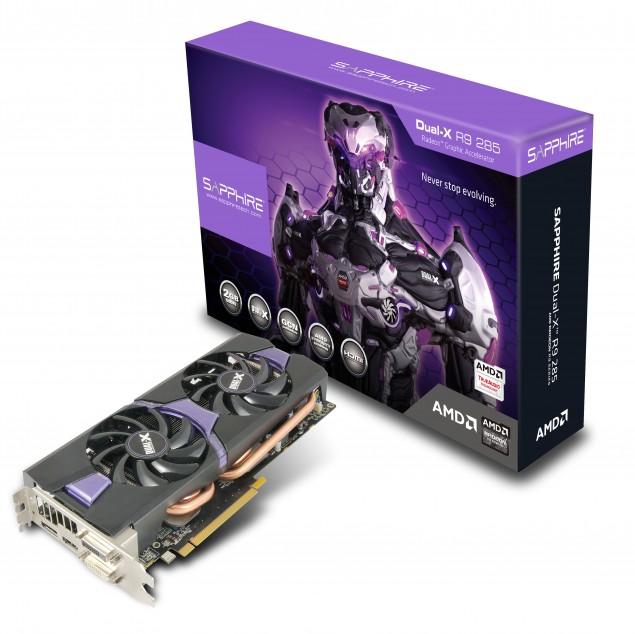