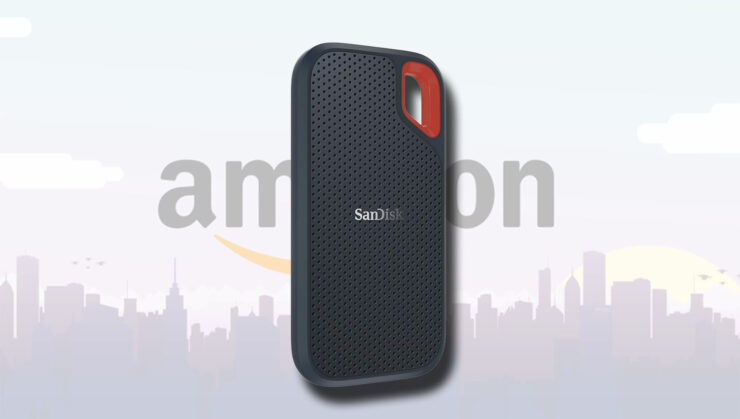 Solid state drives have transformed from their 2.5-inch form factor and SATA III interface to highly compact M.2 forms boasting incredible speeds, making the system highly responsive when performing any task. Naturally, this change was seen in portable drives too, with external SSDs also becoming a popular product. SanDisk has several external SSDs available on both Amazon and B&H, and if you like to carry around portable drives that are not just a breeze when it comes to slipping in your pocket, but also when it comes to blazing-fast speeds.

Various capacities are available at both Amazon and B&H, with Amazon also featuring the 250GB storage variant starting at $70. However, if you want the best storage-to-pricing-ratio, we highly recommend getting the 1TB version from any online retailer. That’s because you’ll be spending at most $166.50 for the 1TB version and avail four times the storage while only paying slightly more than two times the amount you’d end up shelling for the 250GB version.

As for the specifications, these external SSDs from SanDisk boast up to 550MB/s read speeds, and support the Type-C USB 3.1 interface. The company also includes a USB-A dongle so you don’t run into port compatibility problems. These drives are also IP55 dust, water, and shock-resistant, having the ability to withstand a water flow of up to 30 kPA for three minutes, 1500g of shock, and 5 gRMS of vibration at 10-2000Hz.

Their rubberized exterior also means these drives can bear drops of up to 6.5 feet on a concrete floor. SanDisk provides a 3-year limited warranty for each of these drives, giving you peace of mind when it comes to after-sales service.