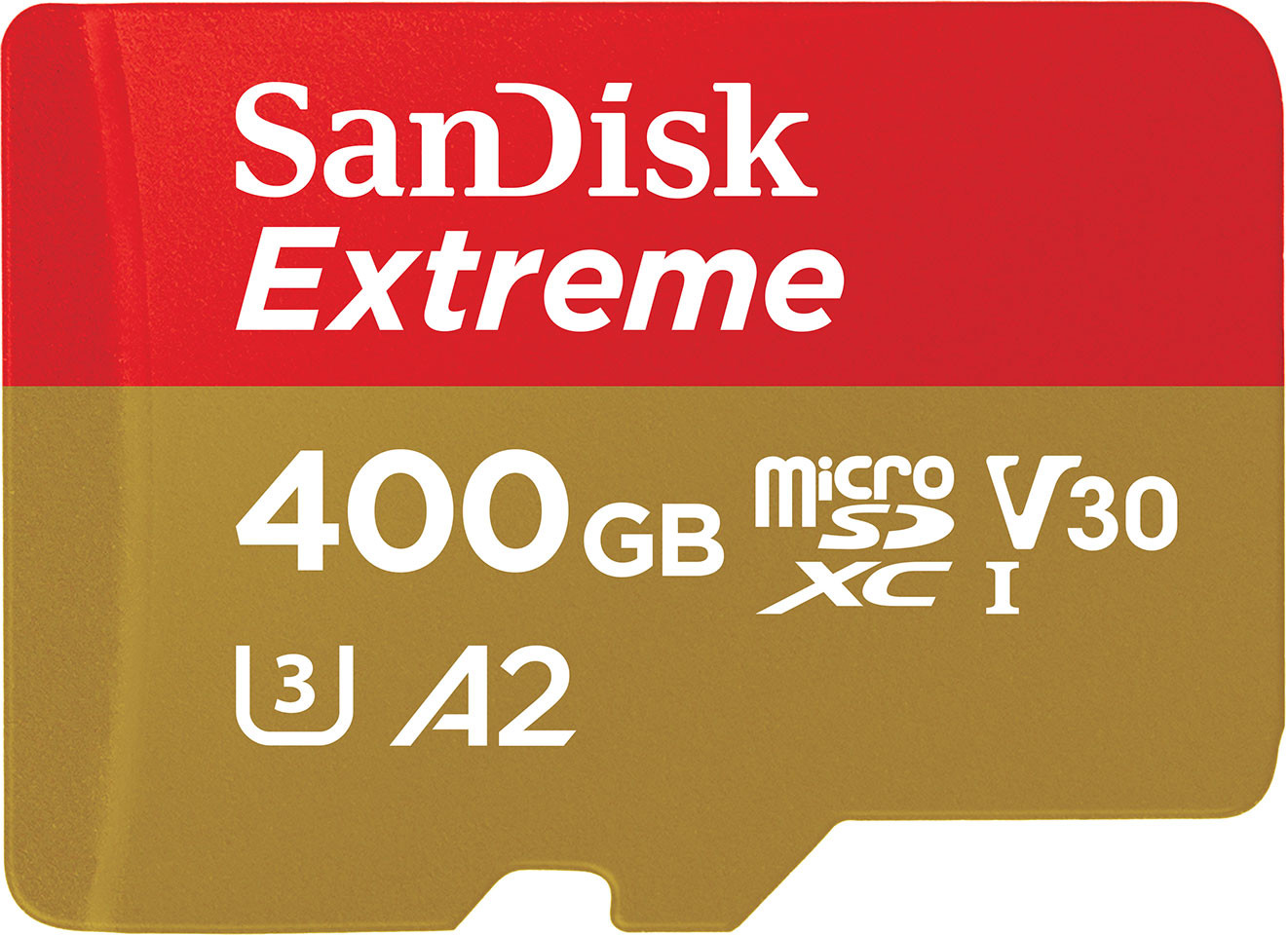 As one of the most recognizable names in flash storage Western Digital was wise to keep the Sandisk brand around for the many loyalists I know who swear by their SD cards. With the ever growing need for more and more mobile storage for Phones, Tablets, Cameras and other mobile devices, users are always looking for a better ability to share and enjoy rich content on their devices. Sandisk answers the call with the newest Sandisk Extreme card.

At Mobile World Congress this week the company is releasing the world's fastest UHS-I flash memory card, leaving the opposition in the dust. the 400GB SanDisk Extreme UHS-I microSDXC card, and demonstrating the future of flash memory card technology with Peripheral Component Interconnect Express (PCIe)-enabled cards, (Yes they're talking about using PCIe Lanes) designed to deliver the performance required for the next wave of data and content-intensive applications.

Whether it's exploring a new world in an immersive virtual reality app, or capturing 4K footage on a smartphone or drone, consumers can count on Western Digital to deliver even more robust mobile flash memory technology that offers them a premium experience on their favorite device.

At a blazing fast 160MB/s it is 50% faster than the current Extreme UHS-I MicroSD cards, they say this is due to leveraging Wester Digital proprietary technology, though I am a quite a bit curious exactly how that works. For those looking to create and store very high quality files like 8k footage or ultra slow motion video may want to take a look at this.

They also have this to say about PCIe enabled SD Cards.

Western Digital is also showcasing a new platform to enable the future of flash memory cards with a demonstration of its PCIe-enabled SD card. In anticipation of the next generation of high-performance mobile computing requirements, implementing PCIe technology will deliver the ability to read data files faster than today's platform. Through Western Digital's broad portfolio, this technology can now be demonstrated to boost the performance of SD cards. These speeds are essential for high-resolution content applications such as super-slow-motion video, RAW continuous burst mode and 8K video capture and playback. PCIe has traditionally been reserved for use in high-performance data center systems, where the single-lane PCIe Gen 3.0 standard specifications denote capabilities of achieving speeds of up to 985MB/s.2

A release date is currently not available at time of writing nor is any pricing.