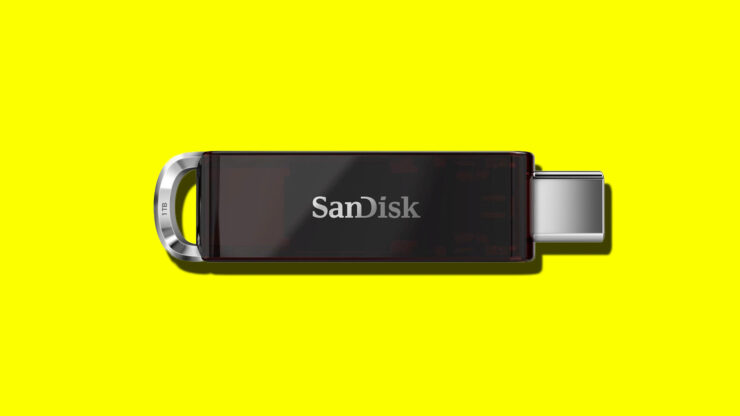 The Type-C USB standard is still in its transition period so not everyone is going to be happy with the switch from regular sized USB ports to a small one. SanDisk has begun its aggressive move to make its storage Type-C USB peripherals and it has announced the world’s first 1TB flash that utilizes the Type-C USB port.

During the CES 2018 trade show, SanDisk arrived with a prototype of what’s supposed to be the world’s smallest 1TB Type-C USB flash drive. The storage count is not the highest we have seen because we’ve even seen Kingston announce a very expensive but premium 2TB flash drive called Kingston DataTraveler Ultimate GT. This drive was announced last year and came with an exorbitant price tag.

Given the fact that the 2TB flash drive was massive in comparison to the product that SanDisk has showcased today, we have to give them credit where it is due. In addition to transferring data across notebooks seamlessly you will also be able to attach this to Android handsets and tablets that make use of the Type-C USB port without having to use an OTG cable.

SanDisk has stated that this is a prototype and not confirmed if they will be putting this into mass production. This could also be the reason why the company has not bothered to confirm if the drive satisfies the Type-C USB Gen. 1 or Gen. 2 standard. At the same time, there have been no speed metrics provided, but if SanDisk does have the intention then we could be seeing something similar down the road.

Keep in mind that these products are normally not shown to be sold to the consumer later in the year; it is often done to showcase what the future will look like several years from now.