Samsung's rumored Z1 Tizen smartphone was expected to arrive next year in January, however, according to some reports the device has been showcased today at a secret event in India. Complete specifications and images were leaked by a local retailer along with some images leaked by other sources. 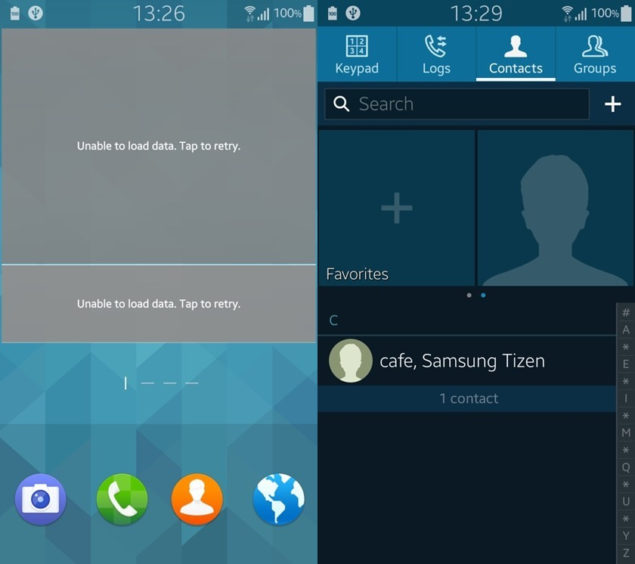 Samsung's Z1 is a Tizen based entry smartphone allegedly going for sale for around $90. Here are the leaked Samsung Z1 Tizen specs and details:

After India, Samsung is rumored to launch the Z1 Tizen smartphone (model SM-Z130H) in China and South Korea in February and mid-2015, respectively. Consumers in India would be able to get the new handset in January next year through online and existing sales networks. 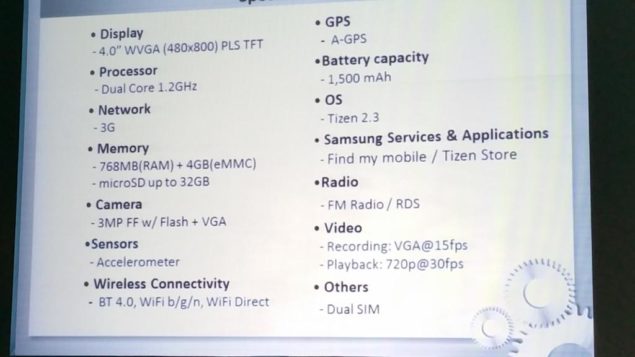 Samsung plans to take on the entry-level smartphone market with this latest phone in the emerging markets. Cheap phones packed with all the necessary features including connectivity options are selling like hot cakes in emerging markets. Korean tech giant is taking quite a many steps to cover up its declining profits next year with both the metallic high-end smartphones and the entry-level cheaper phones.