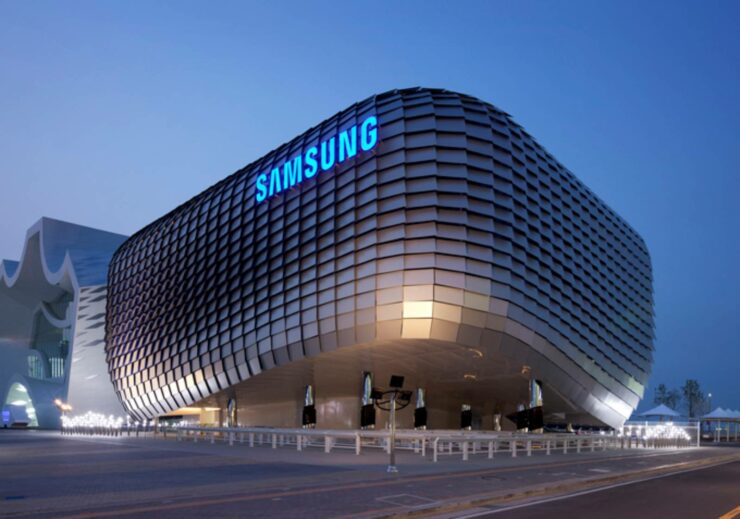 Korean tech giant Samsung Electronics' chip division Samsung Foundry used price cuts to entice San Diego chip giant Qualcomm Incorporated to place orders of its latest generation smartphone processors with the foundry. Qualcomm, which uses Samsung's latest manufacturing node, the 5nm process for its 2020 Snapdragon smartphone system-on-chip, has been one of the foundry's few customers as the rest flock to the Taiwan Semiconductor Manufacturing Company (TSMC) for their products.

Report of the price cuts comes courtesy of the Chinese publication house ITHome, who cites industry sources indicating that Samsung has reduced the prices for its advanced 5nm process to solicit Qualcomm's order. If true, then the decision comes at a time when the chip sector is projected by multiple research firms to grow in 2021, as the demand for high-end processors grows and their supply, via foundries, remains more or less the same.

Competiton between Samsung Foundry and its only rival TSMC is expected to grow in the future, with the latter already projected to maintain its significant lead over the Korean firm. Estimates by research firm TrendForce suggest that global foundry revenue will increase by ~24% year-over-year in 2020, as pandemic-induced economic shifts create a surge in demand for consumer electronics such as notebooks and smartphones.

However, this won't be the only year when revenues for the chip sector grow. TrendForce also believes that in 2021, they will grow again, but at a slower pace,  or roughly by 5%. During this time period, both TSMC and Samsung will increase their production capacity for the 5nm node, and Samsung is expected to slightly catch up to TSMC, with the latter remaining the dominant foundry by the year's end. Specifically, Samsung's 5nm capacity is expected to trail TSMC's by 20% next year, as the company expands production due to an influx of orders from NVIDIA Corporation and Samsung LSI's products. 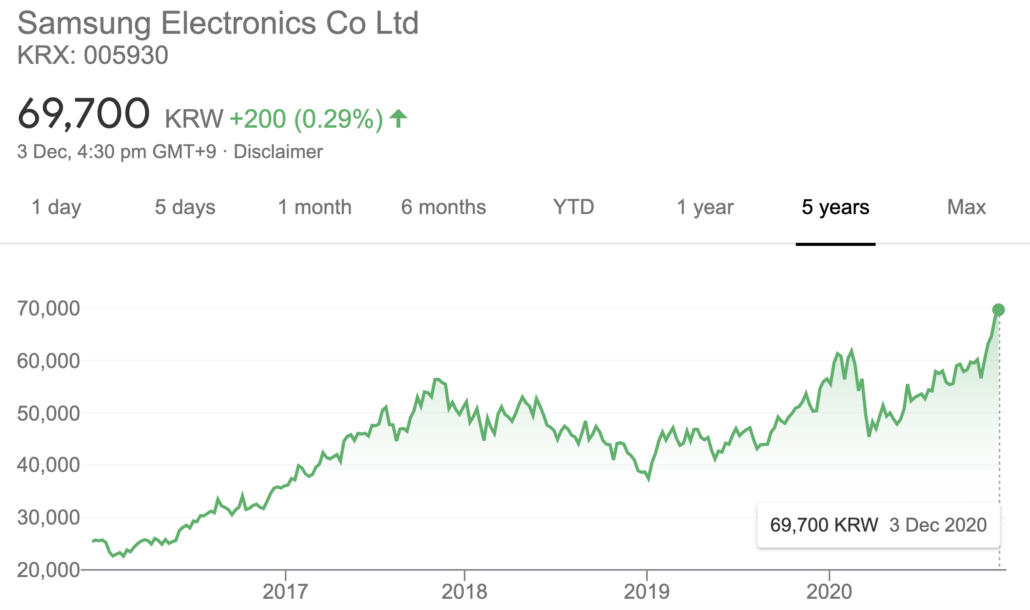 Samsung Electronics' shares closed at a record high on the Seoul Exchange today.

Despite the tough competition that Samsung is facing from TSMC in the chip sector, the South Korean chaebol's shares closed at a record high share price in Korea earlier today. This growth was fuelled by optimism about the chip sector in the Korean industry, as analysts factored in the impact of a report from World Semiconductor Trade Statistics (WSTS).

In its report, the WSTS has forecasted a 5% growth for the chip industry this year, with total revenue for the sector pegged to be $433 billion. 12% of this growth will be in the memory segment, where Samsung and another Korean firm SK Hynix are the dominant global players. Following growth in memory is the sensor segment that is expected to post a 7.4% growth in 2020.

Importantly, the firm also believes that growth in 2021 will outpace 2020. Next year, the semiconductor segment will grow by 8.4%, believes the WSTS, as it's fuelled by the optoelectronics and memory sector - both of which are expected to post double-digit growth. Analysts are also expecting demand growth to outpace supply growth in the memory segment next year, and Samsung's current share price has factored in all growth that the chaebol's semiconductor arm is expected to witness next year.

These reports of growth come at a time when American sanctions against Huawei Technologies has pushed the Chinese chip segment into a frenzy. Given TSMC and Samsung's dominance in the sector, companies in the East Asian country continued to rely on the pair, especially TSMC. Subsequently, the country's own sector remained underdeveloped, with recent spending and focus not expected to bring it at par with international rivals immediately due to key technological and knowledge constraints.