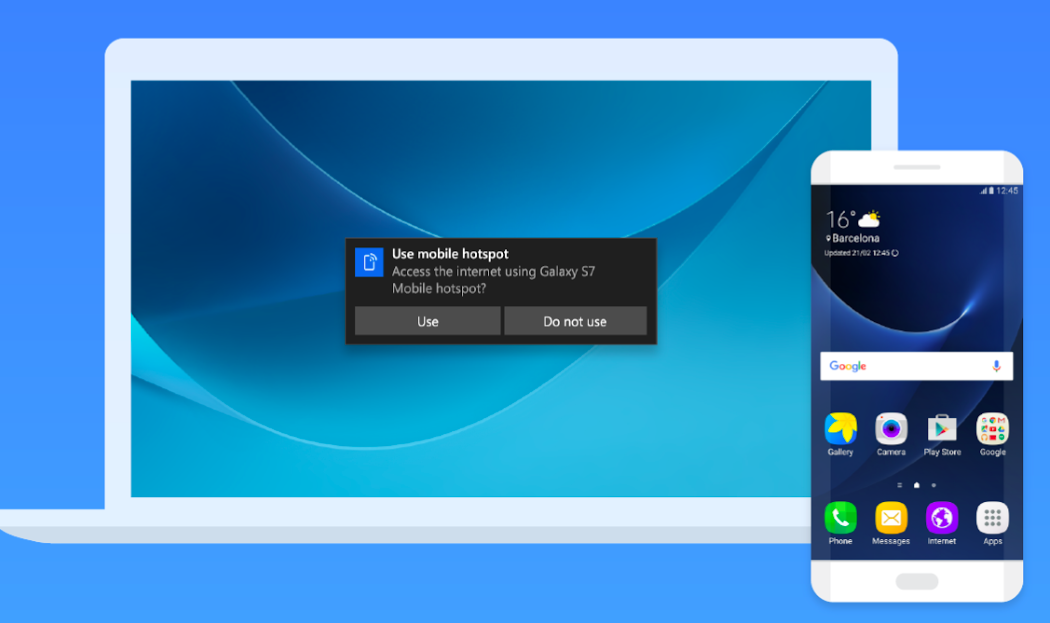 Samsung's Flow app was introduced to provide a seamless connection between Samsung devices and the apps on Android. Now, in its latest move, Samsung is extending the app for Windows 10 users as well. Until now, the only Windows device that the app supported was Windows 10 Galaxy TabPro S 2-in-1 hybrid by using the fingerprint scanner on the Galaxy smartphone for unlocking the tab. The same functionality will soon be made available for Windows 10 PCs.

The news comes from Samsung itself in the form of a reply to a user query posted on the Google Play Store. The company wrote that the Samsung Flow app would be coming to Windows 10 PCs with the next major Windows update. The update is expected to hit PCs by April, which also means that this next big update is none other than the Windows 10 Creators update that is slated for April too. Of course, there are certain prerequisites that a Window 10 PC must meet to make use of the Samsung Flow app. The first condition is that your PC must support the Bluetooth 4.2 standard and of course, it must be running Windows 10.

Similar to the functioning of Apple's Continuity feature on iOS and OS X, Samsung Flow also aims at making it easier for users to use smartphone and PC simultaneously without the need to switch. It is worth noting that Samsung Flow app utilizes Bluetooth connectivity to show the availability of both the devices and then use Wi-Fi or Bluetooth to form a communication bridge between both.

To recap, Samsung launched the Flow app in 2016 with the Galaxy S6 and Galaxy S6 edge smartphones. It would be interesting to see how soon the app makes its way to Windows 10 PCs. Stay tuned to us for more information.