Samsung’s T7 Touch Is a Portable SSD With a Fingerprint Reader & Speeds up to 9.5 Times Faster Than HDDs 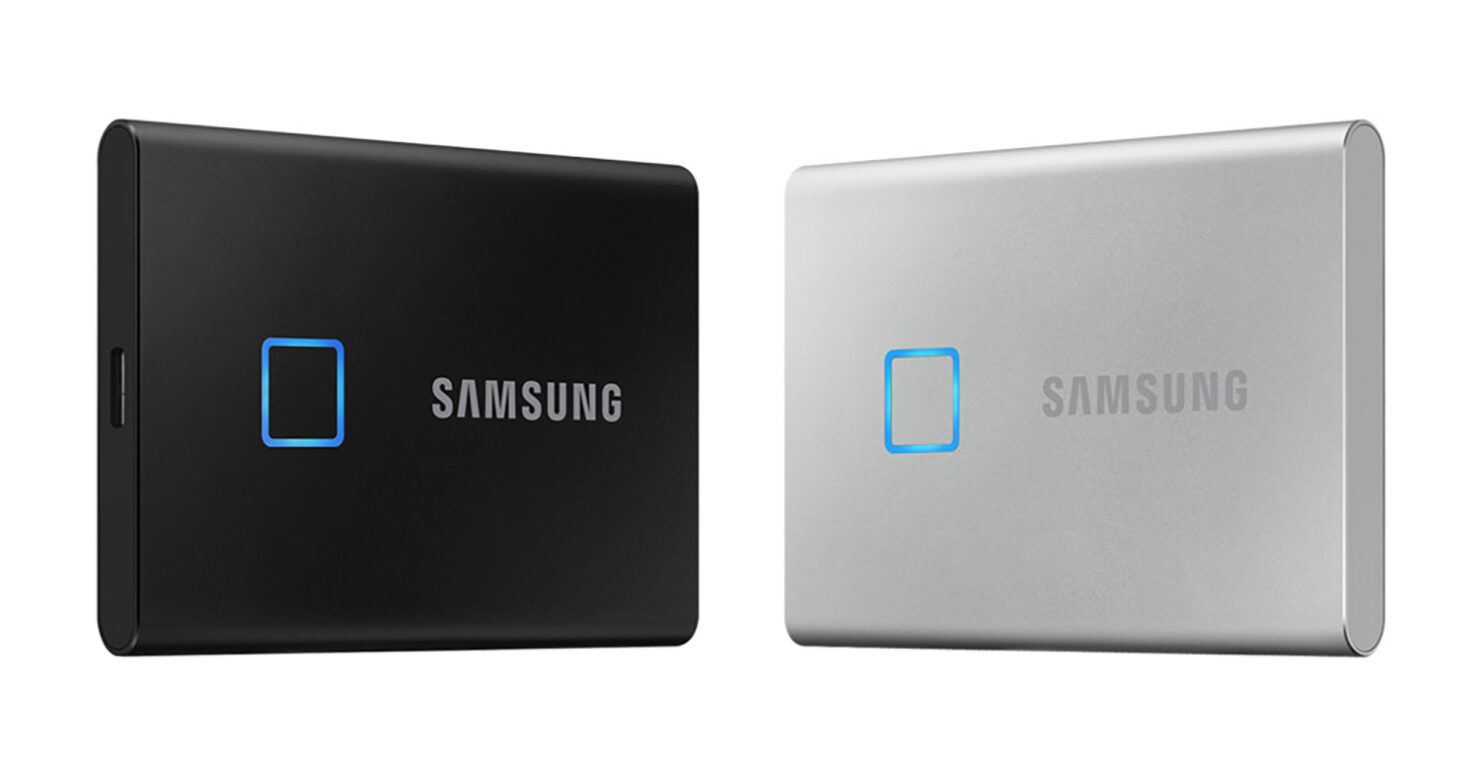 Samsung has officially announced the T7 and T7 Touch, a portable SSD family with increased data transfers, and an additional feature that’s exclusive to the T7 Touch, a fingerprint reader. For those who value privacy and security of their data, Samsung’s fingerprint-authenticated portable SSD is the one you should go for.

Featuring a sleek and compact design, the T7 Touch supports the USB 3.2 Gen 2 standard, along with a fingerprint reader that secures the data stored.

“Consumers who are constantly on the go between work, play and passion projects want to be able to securely carry their content with them. Now their data is secure thanks to the fingerprint recognition functionality incorporated into the product, which delivers industry-leading transfer speeds in a compact form factor.”

When it comes to speeds, the T7 Touch offers plentiful for a portable SSD. Read speeds of 1050MB/s and write speeds of 1000MB/s makes the solid state drive around twice as fast as its predecessor, the T5, and up to 9.5 times faster than external hard drives. When it’s used with the NVMe interface, users will be able to experience the fastest read and write combination from the T7 Touch. Perhaps its most coveted feature is the built-in fingerprint reader, with the drive also supporting password protection and AES 256-bit hardware encryption.

Apart from being highly portable, the T7 Touch is also light, weighing in at just 58 grams. The aluminum shell helps protect the solid state drive from irreparable damage while also giving it that sleek look. As for capacities, Samsung’s newest family will be offered in the 500GB, 1TB and 2TB sizes, making it suitable for several customers doing different tasks. Accessories will include a USB Type-C-to-C cable and a USB Type-C-to-A cable, with the drive being compatible with Windows, Mac and Android operating systems.

The T7 Touch also includes a three-year limited warranty with manufacturer’s suggested retail prices of $129.99 for the 500GB model, $229.99 for the 1TB version and $399.99 for the 2TB version. Coming to release and availability, T7 Touch can be purchased later this month in over 30 countries worldwide, meaning it’s highly likely you’ll be able to get your hands on it soon.