Samsung's managed to make quite a name for itself in the mobile hardware world. After all, with the resources the South Korean tech conglomerate has, Samsung does not face any hurdles when it comes to capital or other resources when investing in new technology. And this investment seems to be paying off for the manufacturer with some of its hardware already being industry leaders in terms of performance. Well, looks like Samsung's influence is increasing day by day as the Korean tech giant has decided to cut down prices on DDR4 RAM modules. 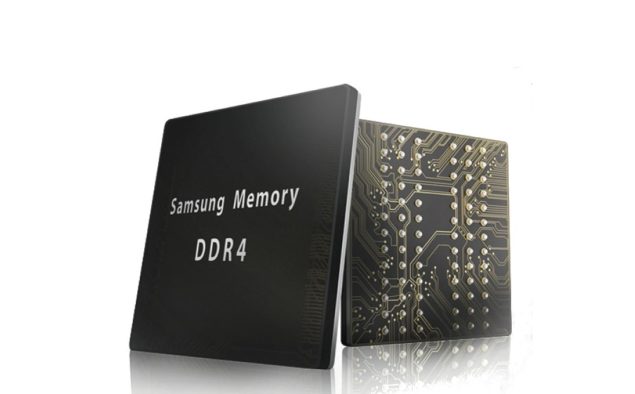 Samsung's decided on making some aggressive moves this year it seems, and one of these is cutting down DDR4 prices. According to sources, the South Korean manufacturer has cut its prices of DDR4 modules, in order to increase its market share. And while this might be all and good for Samsung, module vendors have started to suffer as a result of this. Allegedly, OEMs have started to purchase their chips directly from manufacturers, cutting vendors out of the loop with demands of reduction in quotes.

While Samsung's vast resources allow the manufacturer to absorb lower margins at the benefit of increased market share due to price reductions, other manufacturers aren't doing so well. Transition to 20nm has been postponed by several, due to high investment expenditures. This, coupled with an expected increase in DDR3 prices has led some to believe that pretty soon, we'll be seeing both the modules reach somewhat equal prices.

Things aren't that well for the small fish in the semiconductor industry right now it seems. Samsung's eager to dominate, and the South Korean behemoth is looking to eat up any fish that come its way. But should the end benefit be translated to consumers, we doubt this should be a problem for anyone. Reduced DDR4 prices mean more adoption of the standard into devices, which means improved performance overall. Stay tuned, we'll keep you updated. And let us know what you think in the comments section.