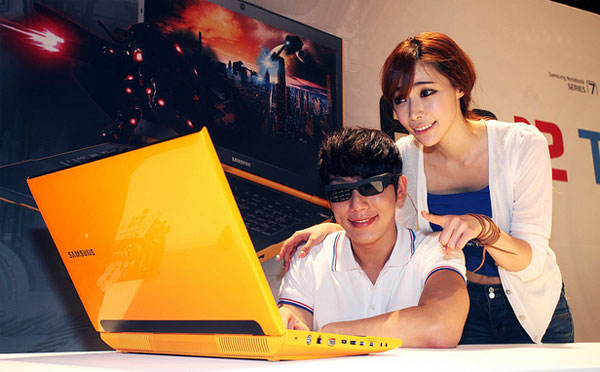 Samsung has breathed more life into its first ever gaming laptop launched recently with the specs beefed up for your gaming pleasure.

The Series 7 Gamer had been pending an overhaul for long. And as Samsung’s own blog, Samsung Tomorrow has confirmed the update will list the dedicated gaming laptop here on as the Series 7 Gamer Yellow 3D.

The new notebook will ship with an AMD Radeon HD7870M GPU, a 14.3 inch SuperBright (400 nit whatever that means) 3D LED display. Storage wise, you can boot off 128 GB SSD while keeping all your data on an additional 1TB SSD.

Availability worldwide hasn’t been speculated yet although South Koreans can purchase the beast from their nearby Samsung retailer for 2.99 million Won, equivilant to $2,643 US Dollars.